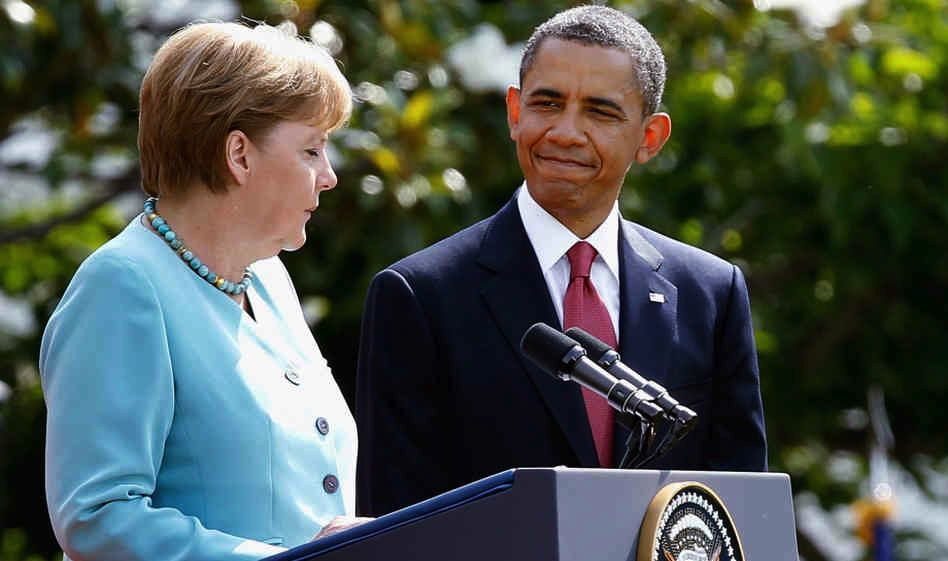 Confronted by German Chancellor Angela Merkel last week, U.S. President Barack Obama assured his “ally” that her cell phone wasn’t being tapped by America’s spy machine – and wouldn’t be in the future.

“Hmmmm … no past tense assurances?” we asked at the time.

No … and apparently there was a good reason why not.

According to German magazine Der Spiegel, the National Security Agency (NSA) and Central Intelligence Agency (CIA) have been spying on Merkel and numerous other German leaders for years. In fact since 2008 they’ve been conducting this espionage from the rooftop of the new American Embassy building in Berlin.

“The US diplomatic mission in the German capital has not merely been promoting German-American friendship,” the paper reports. “On the contrary, it is a nest of espionage. From the roof of the embassy, a special unit of the CIA and NSA can apparently monitor a large part of cell phone communication in the government quarter. And there is evidence that agents based at Pariser Platz recently targeted the cell phone that Merkel uses the most.”

Such wiretapping is against German law.

Of course it gets better … or worse, if you’re Obama.

According to Der Spiegel, the U.S. President personally approved tapping Merkel’s phone during a 2010 meeting with NSA leader Keith Alexander. That monitoring continued until just prior to Obama’s June 2013 trip to Berlin.

Merkel is, not surprisingly, displeased.

Obviously Germany isn’t the only “ally” the American government has been spying on … oh, and all of this foreign espionage is in addition to the massive (and massively unconstitutional) domestic spying network that’s been erected and advanced under the administrations of Obama and former president George W. Bush.