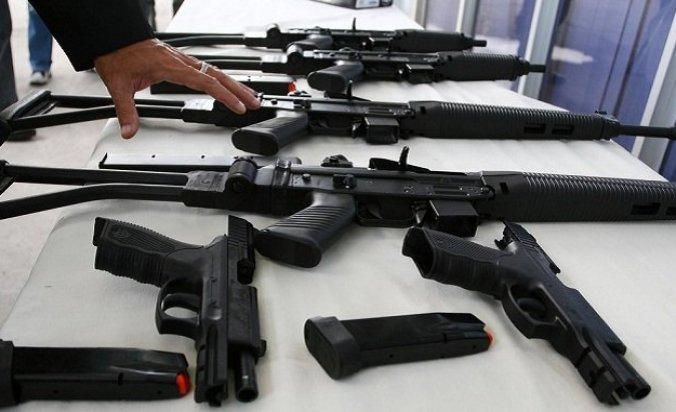 Charleston County is begging the state of South Carolina – and the federal government – to impose sweeping bans on assault weapons and ammunition.

Really?  The last time we checked, more guns = less crime.  And even if they didn’t, there would still be the underlying constitutional question.

Anyway, according to The (Charleston, S.C.) City Paper, Darby and a majority of his colleagues on county council are calling on state leaders to ban “semi-automatic, high-capacity magazine weapons.”

“The means available compounds the ferocity and the lethalness of the activity,” one of Darby’s colleagues stated.

Anyway, local governments in South Carolina are not allowed to pass statutes or ordinances restricting gun ownership on their own.  That would violate S.C. Code of Laws (§ 23-31-510) – which prohibits them from doing so.

Sometimes they do it anyway, though.

Charleston County council chairman Elliott Summey – who was quoted in local media accounts as saying he “commended” his council’s vote – moved quickly this week distance himself from the support of any weapons bans.

“Let me be clear: Banning of guns is NOT the answer,” Summey said.  “We, as citizens, need to be able to defend ourselves, our families and our property.  And when called upon, we will defend our country and its beliefs.  If the recent attacks on law enforcement officers tells us anything, it is that we, as citizens, need to be ready to stand next to our brave men and women in blue to defend our freedom against those who which to see us destroyed.  To do so, we must be a society of responsible gun owners.”

It is highly doubtful state leaders will heed Charleston County’s call to disarm.  In fact a slew of anti-gun measures were introduced – and then quickly bottled up – during the most recent session of the S.C. General Assembly.