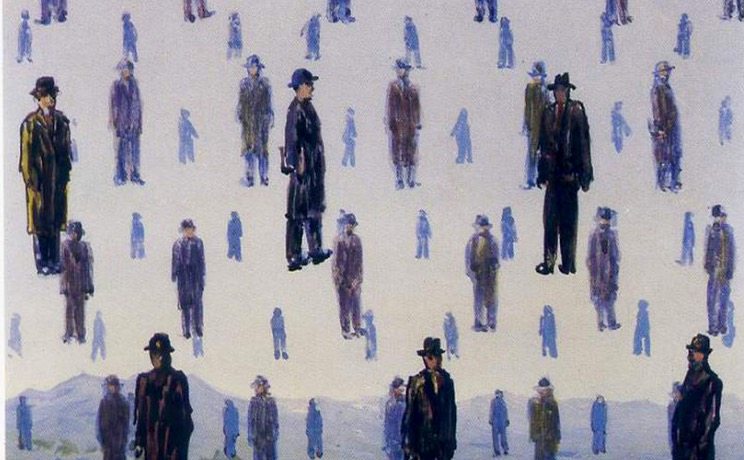 A FEMINAZI RESPONSE TO OUR TERROR-FILLED WORLD

As the world struggles to cope with the reality of yet another mass murder perpetrated by terrorists with a religious or racist motive – a new theory is oozing up out of the open wounds of shock and grief.

Apparently the familiar fallout from such tragedies is too pedestrian … predictable.  And of course God forbid we call them out for what they are …

Anyway, the new narrative?  That the violence in the world today is the fault of mankind …

Ironically, this theory is currently being advanced by former FITSNews guest columnist Mande Wilkes – a prolific, provocative author who is best known (on our pages, anyway) for contorting herself in opposition to Feminazism.

“Maybe it’s just men,” Wilkes mused on her always-engaging Facebook page.  “Not black men, not white men, not policemen, not young men, not old men, not Arab men, not poor men, not rich men. Maybe it’s all men, or rather … maybe it could be any man.”

“I love men,” Wilkes added.  “No, really: I LOVE men. I love men because they’re prepared and decisive and aggressive and certain, so damn certain. These are also the reasons why they lose their minds, sometimes.”

Wilkes’ post was greeted with several affirming comments from educated, successful women – including two who have been featured on this site previously.

“I had a post like this after the Charleston shooting,” one wrote, referring to last spring’s horrific, racially motivated Holy City Massacre.

“I think it’s easier for men to take a life or lives than women because they can’t and won’t ever know the time and effort it takes to bring a new one into the world,” she added.

The motivation for yesterday’s galling attack in Nice, France – which left scores of men, women and children dead – is no mystery.  It is the latest heart-wrenching consequence of our world’s ongoing appeasement of radical Islamic terror.  To suggest that it – or the dozens of similar attacks preceding it – was motivated by anything else (least of all a heightened level of irrationality owing to the perpetrator’s gender) is utterly nonsensical.

Also, these attacks are never “irrationally” executed.  They are not the unfortunate byproduct of too much testosterone coursing through the perpetrator’s bloodstream.  No.  They are all painstakingly planned, carefully coordinated, routinely rehearsed and deliberately executed with the aim of achieving maximum death, destruction and fear.

Furthermore, they all have but one ultimate objective – a world without “infidels.”

Don’t get us wrong: We are not clamoring for war.  In fact, this website has repeatedly warned of the dangers of unnecessary/ unprovoked American militarism.

Hell … the very existence of these terrorist threats is a lingering reminder of the foolhardiness of misjudged military responses (like this one or this one).

No … we are not calling for a campaign to change the “hearts and minds” of the Arab world.  That will never happen.  We are simply advocating for a radical rethinking of who we consider to be our “partners in peace” – and the adoption of a hard line with regard to nations that wish to be our enemies.

“ISIS is playing the game with the simple objective of killing everyone who isn’t a Muslim,” we wrote last fall.  ” And the only way to fight an enemy like that is to offer them the same choice.”

Namely this: Stop the violence – or be consumed by it.

And when we say “consumed by it,” we mean the wholesale annihilation of population centers in countries that promote such violence – a.k.a. the initiation of “the most deadly, disproportionate retaliatory violence ever unleashed by one group of human beings against another.”

But it’s sure as hell a better response than sitting back and being radical Islam’s bitch.