The final tally? 112-2 … with only S.C. Reps. Ralph Norman and Jonathan Hill voting to sustain Haley’s veto of the legislation, which aims to provide relief to farms impacted by last fall’s massive flood.

We supported Haley’s veto – and said so.  This was an indiscriminate bailout with zero accountability as to how its proceeds would be spent.  Having said that, the overwhelming rebuke handed down by the S.C. House is a sign of the governor’s impotence as she reaches the midway point of her second term in office.

It also struck many as hypocritical given the extent to which Haley played up the importance of helping farmers in the aftermath of “Floodmaggedon.”

“Her veto was not well thought out in consideration of her words to the farmers during this terrible flood,” one ranking state lawmaker told us. 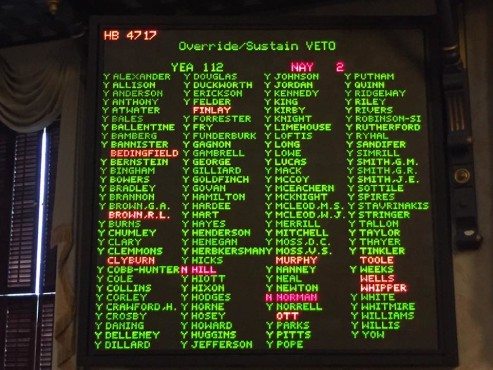 “Where do you go from here?” one State House observer asked us.

Not back to the national stage, that’s for damn sure …

It’s been a disastrous year for Haley, who went “all-in” on behalf of the GOP establishment … and lost big.  Now she’s getting her ass handed to her in her own backyard.