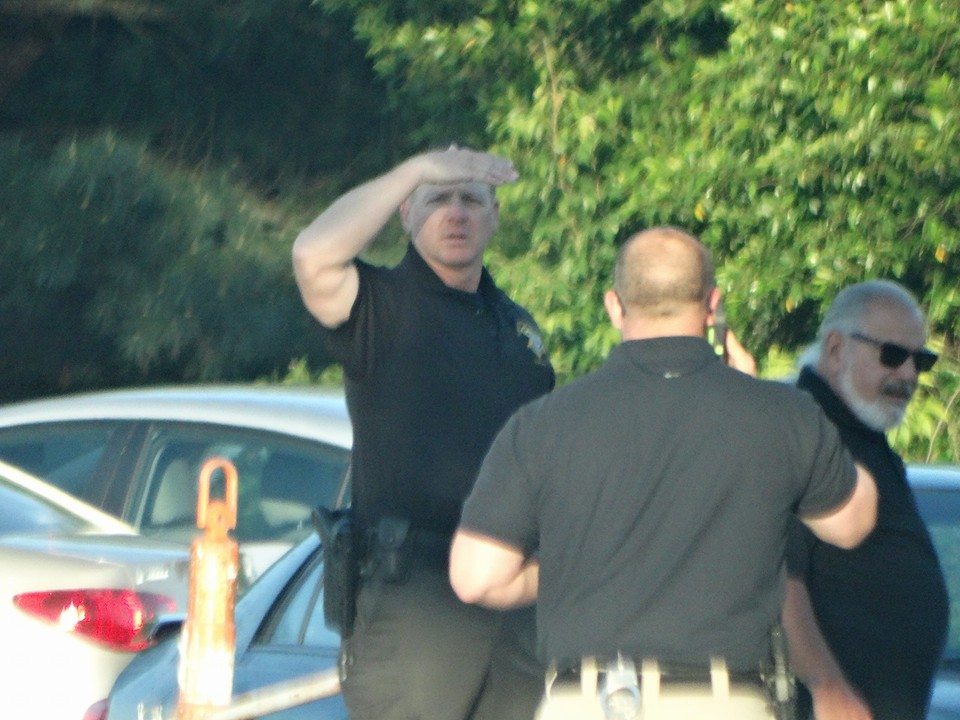 Seriously … they’re political yard signs.  People who worry about them need to get over themselves.

In fact we probably never would have written on this story had we not received an interesting tip involving a contested sheriff’s race in one of South Carolina’s most populous counties.

For those of you not hip to Midlands, S.C. politics – Leon Lott is one of the most powerful elected officials in the area.  The sheriff of Richland County, he’s hugely influential.  Not only that, he’s such a big deal in Democratic politics that the state’s “Republican” governor likes to pick fights with him from time to time.

Anyway, Lott is seeking another term as sheriff – an office he’s held for the last twenty years.

Flowers has been running an aggressive campaign – and as part of his efforts, he’s put yard signs up all over the county.  Unfortunately for him, many of these signs have been removed or defaced in recent weeks – and Flowers has frequently posted pictures of the damage on his Facebook page.

Based on witness reports, Flowers has also speculated as to whether Lott’s deputies have been damaging or removing his signs deliberately – part of an effort to help their boss’s reelection bid.

Just this week, though, a supporter of Lott reached out to us, speculating that Flowers was protesting too much.  Specifically, the source accused him of damaging and defacing his own signs in an effort to pin the blame on the veteran sheriff.

Not only that, it was alleged Flowers’ focus on defaced or damaged political signs was a “false flag” intended to stoke racial tensions (Flowers is black, Lott is white).

We don’t know.  All we know is Flowers’ case got a lot stronger on Saturday morning when he personally busted a white Richland County deputy in the act of kicking down one of his signs.

Flowers was on his way to a parade in Eastover, S.C. when he witnessed the vandalism – and took pictures (including one that clearly shows the deputy holding a damaged sign in his hands).

“He was on the way to do the other one until he turned around and realized that I was watching,” Flowers wrote.  “Congratulations Captain Dave McRoberts for proving what I have long suspected.”

Yeah … that’s what getting “cold busted” looks like, people.

We wonder: How much time have Lott’s deputies spent on activity like this since Flowers announced his candidacy?

Because taxpayers deserve a refund.  And Flowers’ campaign deserves a reimbursement.