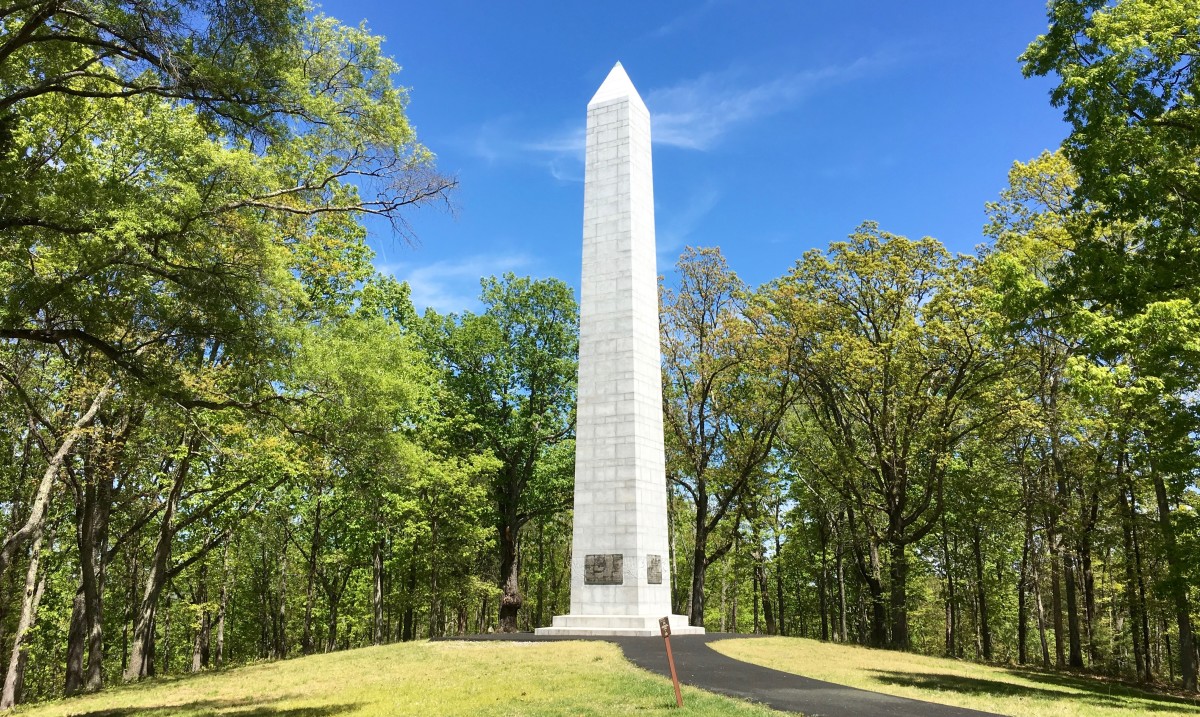 A BEAUTIFUL DAY AT THE BATTLEFIELD …

|| By WILL FOLKS || Anyone who reads this website regularly knows how I love to rail against non-core government functions (like parks).  So please excuse this departure from the norm …

Last year, my father took me and my eldest son to visit Kings Mountain national military park near Blacksburg, S.C.

We had a wonderful experience at this picturesque location – which commemorates the 1780 Revolutionary War battle of Kings Mountain – so I recommended the park to my son’s Trail Life USA scouting group.

Last weekend, our group finally got around to paying its visit – and I decided to bring my 6-year-old daughter and 4-year-old son along on the excursion.

Kings Mountain is located just south of the North Carolina-South Carolina border in York and Cherokee Counties.  It’s about a half hour south of Charlotte, N.C. and two hours north of Columbia, S.C. – and the battlefield is located adjacent to Kings Mountain State Park.

Here’s how it looked on this perfect spring Saturday …

The centerpiece of the park is a gift shop/ museum/ auditorium where visitors can learn about the battle – which took place on October 7, 1780 between patriot forces under various commands and loyalist militia under the command of Scottish-born major Patrick Ferguson.

Ferguson’s troops – 1,100 strong – held the high ground, but within the space of sixty-five minutes they were routed by a 900-man patriot force seeking revenge for the massacre that took place months earlier at the Battle of the Waxhaws (near Lancaster, S.C.).  There, colonel Banastre Tarleton killed over a hundred American soldiers – many of whom were attempting to surrender.

They got their revenge, too.  When the battle was over, 290 loyalist soldiers lay dead – including Ferguson.   Another 163 were wounded.   The American losses?  Only 29 dead and 58 wounded.

The decisive patriot victory snapped a string of British wins in the Carolinas, and was credited by future president Thomas Jefferson with turning “the tide of success” in the Revolutionary War in favor of the American colonies.

In addition to the visitor’s center, the park includes a 1.5 mile paved hiking trail lined with various monuments and markers describing the order of battle.  There’s also an encampment area where re-enactors demonstrate the various weapons used during the battle.   Next to the visitor’s center is a gorgeous grass opening that’s perfect for picnics.

Oh, and unless you’re inclined to buy something at the gift shop … everything is free.

If your family (or scout group) is looking for a fun, inexpensive way to spend a Saturday afternoon this spring, we highly-recommend packing some sandwiches and exploring this park.  In addition to the history and the scenery,  the people who work there are friendly, courteous and eager to help … not your typical “government employees.”

Anyway, we’re sure we will soon return to railing against government-subsidized parks, but we found this facility to be well-run and the experience it afforded to be enjoyable.

More to the point, it was a compelling reminder of how important it is to remain vigilant in defense of liberty and equality of opportunity … which is what this website is all about.