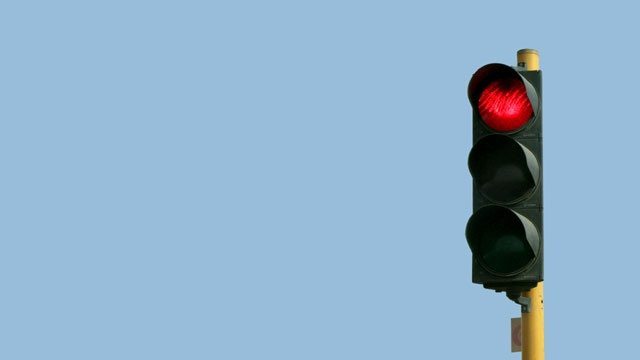 AMERICA’S ECONOMY MAY ALREADY BE IN ANOTHER RECESSION

U.S. industrial output dropped on a year-over-year basis for the seventh consecutive month in March – yet another sign that the American economy may already be in recession.

A thoroughly depressing chart from our friends over at ZeroHedge.com highlights the disappointing data … and provides some historical context.  Take a look … 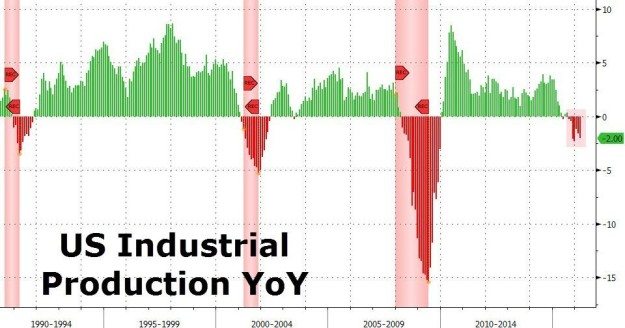 More bad news?  Retail sales plunged by 0.3 percent last month (analysts were expecting a 0.1 percent drop) – a decline that was accompanied by a drop-off in business sales as well as frighteningly high inventory-to-sales ratios.

“Virtually all of the signs that we would expect to pop up during the early chapters of a major economic crisis have now appeared, and yet most Americans still appear to be clueless about what is happening,” the website NC Renegade noted this week.

Indeed they have … and indeed Americans are clueless.

This website has been sounding economic alarms throughout the recent “recovery” – providing balance to the “rainbows and unicorns” pronouncements of big government apologists.

We’re said it before, we’ll say it again: America’s economy can be saved – but doing so will require radical reorientation of the governing philosophy in Washington, D.C.  There can be no more perpetual incentivizing of dependency.  No more status quo deficit spending.  No more crony capitalism (a.k.a corporate welfare).  No more invasive bureaucracy.  No more reckless global interventionism.  No more open borders.  No more secretive central bank “stimuli.”  No more rigged trade deals.

Things can change economically … but they won’t change unless we change our government.