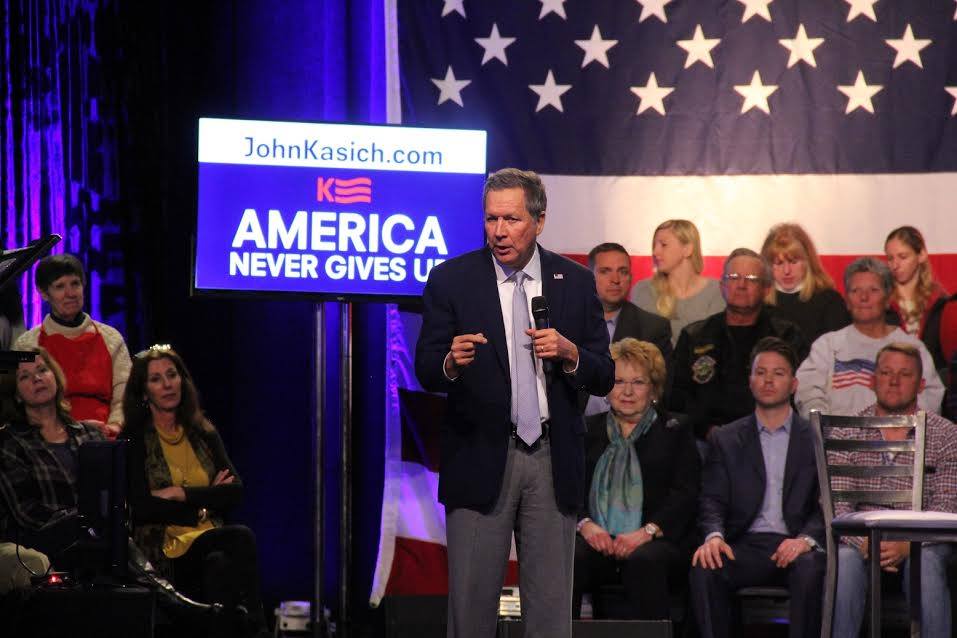 Conservative internet websites are ablaze with rumors that the Ohio governor – a devout, married evangelical – is really a closeted homosexual.   Leading the coverage?  The Political Insider, a website which played a starring role in spreading the “Rubio is gay” smear.

According to the site, “almost all of Kasich’s inner circle seems to be homosexual moderate Republicans.”  The site also alleges that Kasich “lived with a gay man for years while serving in Congress.”

Hmmm … seems thin to us, but then again Kasich’s over-the-top (and costly) Christian conservatism makes him a target for such attacks.

Once a fiscal conservative stalwart, Kasich has veered wildly to the left in recent years … in fact he has emerged this year as the top choice of so-called moderate and centrist “Republican” voters.  In recent months, Kasich has sought to marry his fiscal liberalism with a more “tolerant” social posture – saying he would oppose efforts to ban gay marriage, for example.

“The court has ruled … we’ll accept it,” Kasich said.

“I just went to a wedding of a friend of mine who happens to be gay,” he told one of his home state papers last year.

Of course Kasich qualifies his “tolerance” with a sop to the social conservatives he’s abandoning – arguing that they are still correct in their opposition to gay marriage.

“I don’t think it’s right and the wedding that I went to, they know that I don’t agree with them,” Kasich told NBC’s Chris Matthews this week.

Do we think Kasich is gay?  Who knows … and ultimately who cares.

Sanctimonious, hypocritical sellouts are a dime a dozen in politics … so it certainly wouldn’t be anything new.

We’re just curious why the “Kasich is gay” smear started so late … after all, the time to launch this sort of political hit would have been during the weeks prior to the Ohio presidential primary (a.k.a. the election that kept GOP frontrunner Donald Trump from being able to hit the “magic number” of delegates he needed to secure the “Republican” presidential nomination).

Perhaps if these leakers had timed their smear better …

Oh well, we’ll be sure to keep an eye on these rumors as we await the GOP’s goat show in Cleveland.