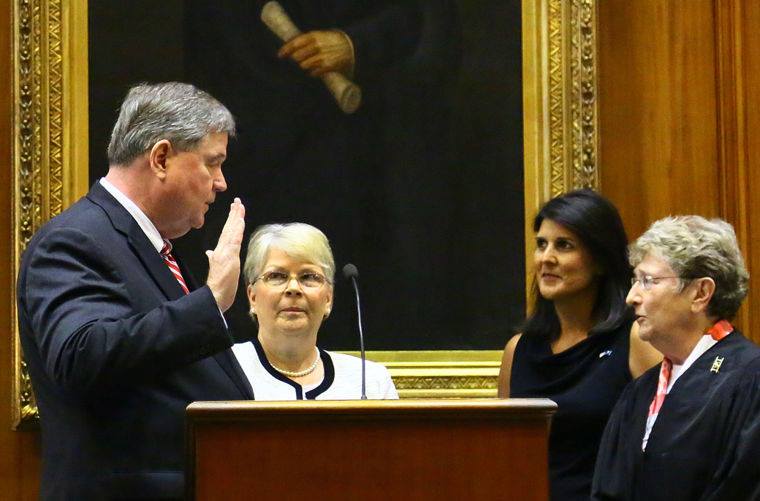 Former S.C. lieutenant governor Yancey McGill – who spent 25 years as Democratic State Senator prior to briefly inheriting the Palmetto State’s No. 2 post – switched to the “Republican” party this week.

Here’s a picture of McGill with his new friends … 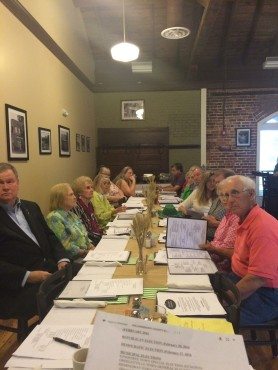 “(McGill) is one of the nicest, work-for-you legislators in South Carolina,” one Palmetto political blogger wrote recently.  “Too bad he is in the wrong party.”

McGill’s decision – while insignificant ideologically – represents a significant step in the ongoing evolution (or devolution) of the once-dominant Democratic Party in the Palmetto State.  Thanks to the creation of heavily gerrymandered “majority-minority” districts, white Democrats are gradually being squeezed out of existence.

That squeeze has created a bigger – but decidedly bluer – “Republican” party.  It’s also made Democrats perpetual minorities in both chambers of the S.C. General Assembly.

McGill saw the handwriting on the wall a long time ago.  He nearly lost his S.C. Senate race in 2012 to S.C. Rep. Cezar McKnight – prevailing by fewer than 100 votes out of nearly 13,000 cast – and was likely to be defeated by a black candidate in 2016.  So he agreed to “ascend” to the largely ceremonial lieutenant governor’s office in 2014 when no GOP Senator was willing to take the vacant post on a short-term basis.

At the time, McGill’s decision was part of a major GOP power struggle – his decision now is the latest evidence of Democratic ineptness.

Neither Democratic nor “Republican” officials were immediately available to comment on McGill’s decision – but several GOP politicos told us they expected the veteran politician to become an “extremely viable” candidate for his new party.  One even cited McGill’s recent work in the office of current S.C. lieutenant governor Henry McMaster, a likely 2018 gubernatorial contender.

“They could run as a ticket,” the politico suggested.