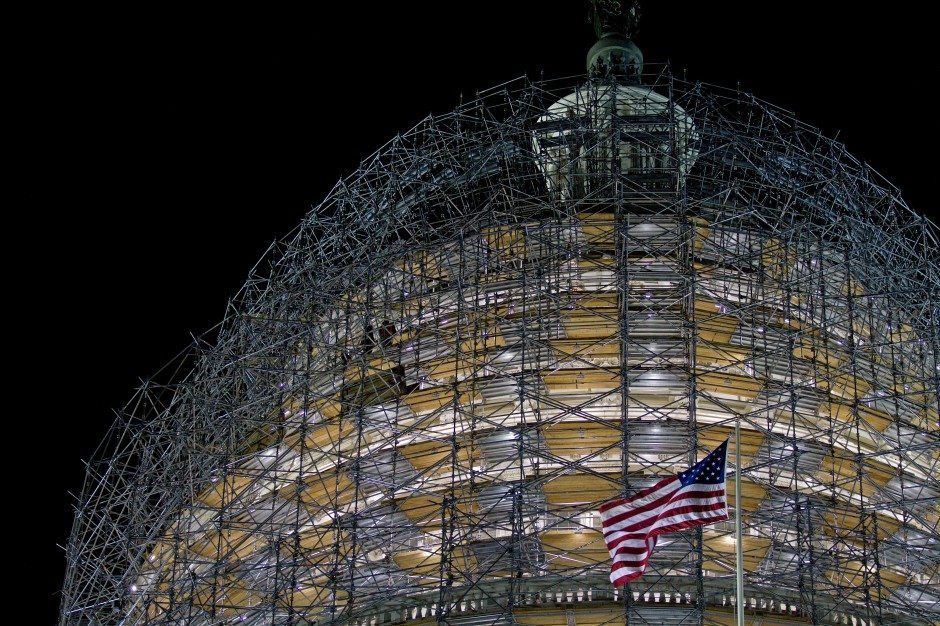 TAKING TAXPAYERS FOR A RIDE … AGAIN

So after months of missing work to run for president, U.S. Senator Marco Rubio of Florida finally showed his face on Capitol Hill this week.

“I’m sure an aide had to show him where to go given his stellar attendance record,” one D.C. politico quipped.

Ha! Rubio had plenty of photographers surrounding him, though, which led to this hilarious Tweet from Josh Marshall, editor of the left-leaning Talking Points Memo …

Man, its just the Cap Hill tram. But in context it looks like Little Marco at junior politicians Disneyland #ModelUN pic.twitter.com/mk0RmzHBRv

“He forgot his lunchbox and his name tag so (hope) he doesn’t get lost trying to find his first grade classroom,” another Washington, D.C. operative joked.

Come on, readers! Help us caption this pic! And yes, “Weeeeeeeeeee!” and “You Must Be This Tall To Ride This Ride” are already taken …

I think the voters should have a say on whether Marco goes back to work. I mean this is an election year. I think he should voluntarily stay in Florida and not vote until after the election. That way the people will have a voice in whether he should be a Senator. Let the people have a say!!!

He is not running again.

So, what is your point?

Really wouldn’t make a difference if he showed up or not. Nothing for him to lose.

He’s going to finish his term as Senator and then retiring from all political offices.

Wow. When Nikki Haley gives you the kiss-of-death she doesn’t play around.

All politicians pay heed – do NOT accept any support from Haley if you want to have a viable political career.

You got that right.I am switching over to Trump.He loves this country.

Sorry but this old man supports only one person for office right now, and that man is Bernie Sanders!

You must have one of two wishes, for half your shit to go away, or to get half of the shit someone else earned.

Half our s*** is already getting taken by various people in the “free” market anyways. Health insurance is a crock of s***. That’s why Bernie suggests we fix it.

“If there was more privacy in this conveyance, I might grab the bespectacled man sitting next to me between the legs.”

“Time for my Adderall mommy! I have to focus and cast a few votes until get the head aches again.”

Maybe he is just homesick for those Miami foam parties.