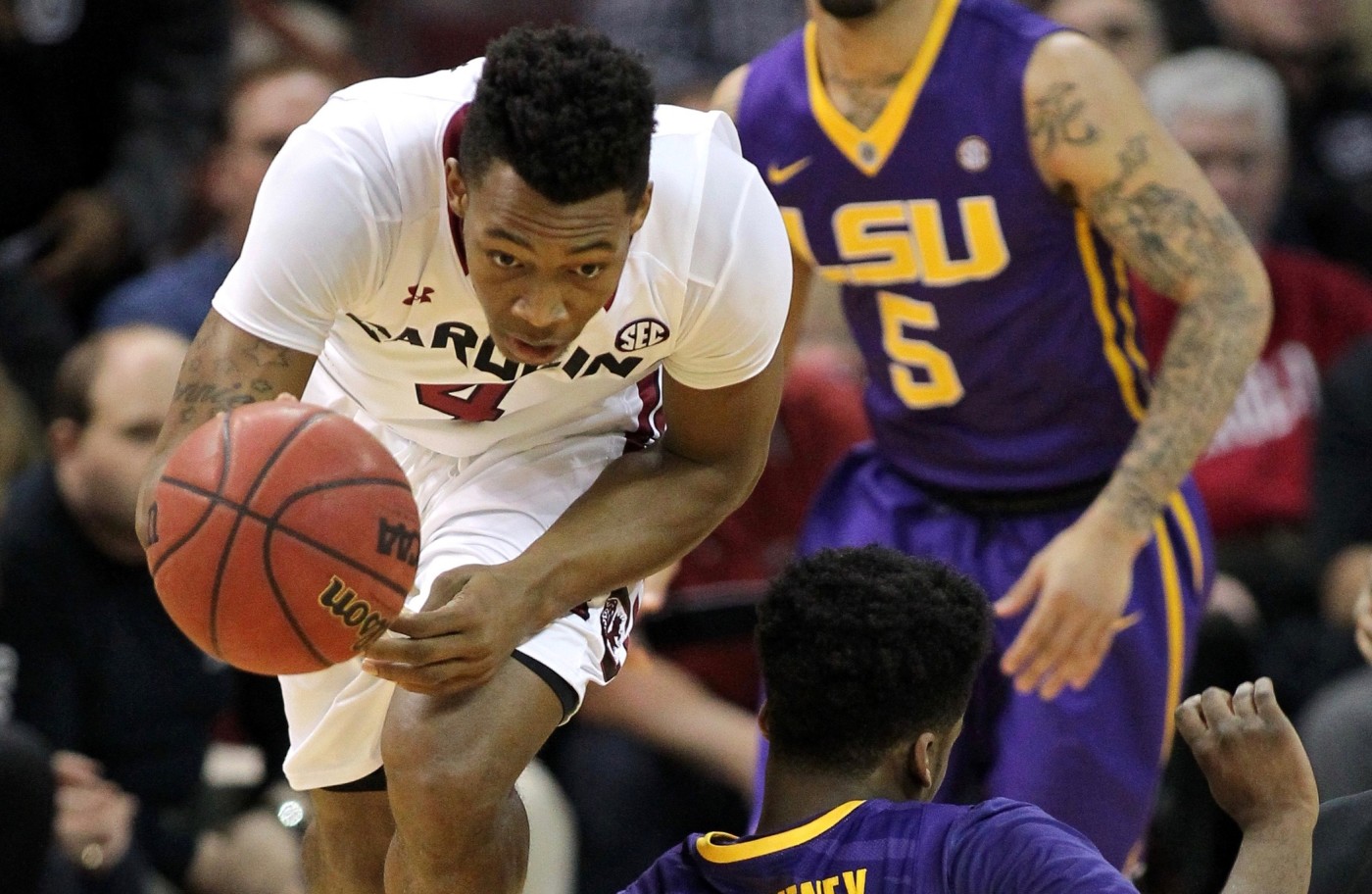 The University of South Carolina athletics department isn’t commenting on the arrest of two members of its men’s basketball team.

“We are aware of the allegations against Eric Cobb and Jamall Gregory and we will have no further comment at this time due to this being a legal matter,” fourth-year head coach Frank Martin said in a statement.

Cobb and Gregory are facing a variety of criminal charges related to multiple incidents involving pellet guns. Both remain suspended indefinitely from the team.

Martin suspended Cobb and Gregory – and three other players – on March 15, less than two hours before the Gamecocks tipped off in their National Invitation Tournament (NIT) opener against High Point.

South Carolina has posted a 25-8 record this season – tying the school’s single-season record for victories.  Unfortunately, a late-season collapse (including two losses to SEC rival Georgia) caused the Gamecocks to narrowly miss what would have been the program’s first NCAA tournament appearance since 2004.

Martin’s team tips off this coming Monday evening against Georgia Tech at the Colonial Life Center in downtown Columbia, S.C.  The game will be televised nationally on ESPN, with tipoff scheduled for 9:00 p.m. EDT.