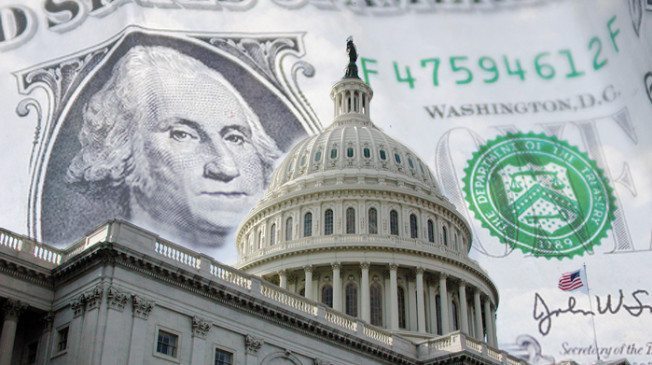 MOGUL: GROUP ATTACKED HIM AFTER HE DECLINED $1 MILLION CONTRIBUTION REQUEST

|| By FITSNEWS || Billionaire real estate mogul and reality television mega-star Donald Trump – the newest candidate for the GOP presidential nomination – is accusing a national taxpayer advocacy group of attempting to shake him down for a $1 million donation.

According to Trump, he met with David McIntosh – president of the Club for Growth – in his offices at Trump Tower in New York City on May 28.  Trump’s campaign says the meeting lasted for half an hour, and featured McIntosh praising the mogul “for his business success” and talking about the need for that sort of experience in Washington, D.C.

A week later, Trump and his political advisor Corey Lewandowski received letters from McIntosh seeking a $1 million contribution for the Club for Growth.  Trump declined to cut the group a check – and by the time he got around to announcing his candidacy, McIntosh’s praise had turned to derision.

“He is not a serious Republican candidate, and many of his positions make him better suited to take on Hillary Clinton in the Democratic primary,” McIntosh said of Trump.

McIntosh also called for Trump to be excluded from participating in any GOP debates.

“This exemplifies everything that is wrong with politics in our country,” Trump’s campaign stated in a release.  “Club for Growth claims to fight for conservative causes and support Republican candidates who oppose politics as usual, and apparently will say anything in an effort to raise funds. This unfortunate incident is representative of the corruption that persists in Washington, D.C., and politics in general, in the United States.”

A Club spokesman rebuked Trump’s claims, telling Bloomberg the mogul “initiated a serious interest in donating to the Club for Growth, so we responded to him, just as we do with all potential donors.”

Much to the Club’s chagrin, Trump appears likely to quality for the first “Republican” presidential debate – currently scheduled for August 6 in Cleveland, Ohio.

The Don can afford to pay the Club for Growth and to pay the people who attend his rallies. Why is he bitching?. He is the most successful Presidential candidate ever.

Couldn’t argue with that.
I think he is not a serious candidate but him telling the “Club for Growth” to kiss off is a plus in his corner.
if he also touts a flat tax like Rand Paul that would be another plus and I could see voting for him if he was serious about that.
And I never thought I’d post I’d vote for either one but this tax code needs SERIOUS overhaul and that is my soap box!!!!
I don’t care who it is if they are serious about a combination flat tax & national sales tax, I’m voting for that person!!!!!

Writing this post must have been a dilemma for FitNews. Sorta like the mixed emotions of watching your mother-in-law drive your new Cadillac off the cliff — as the old joke went.

As they also say, no man can serve two masters.

The Donald will buy a third world nation and appear to raise it out of poverty, between now and the RNC convention. But, at the last minute, there will be reports that the country demanded the use of Trump Farce One for its President, and so he said “You’re fired!” to him. Also, he will announce that he could balance the budget fro the USA, all by himself — but that the Fed is trying to shake him down on that, in some way, so he won’t. The political theatre with The Donald never ends. Even when it is all over.

The Club for Growth has been for sale for years. Thanks Donald Trump for shinning the light on these shenanigans.

It is doomed to happen to any PAC, to fight for their cause they need money, so they hire people who will maximize the flow of money, and before long it turns into one giant greedy organization to suck as much funds out of rich politicians as they can.

Is it any surprise that there aren’t any poor people running for office?

club for growth= useless as tits on a boar hog.

He should have shown the guy his plane, it seems like that does a good enough job getting anti-tax goons to get a boner for him and publish positive coverage on his behalf.

Its like homeless people on the streets. They approach people being nice begging for money. Many, if you do not give than anything they will cuss you and walk away. Some that you might give a dollar or some loose change to, they will say “is that all you have”? This group reminds me of beggers. If you dont give them what they want, they attack you.