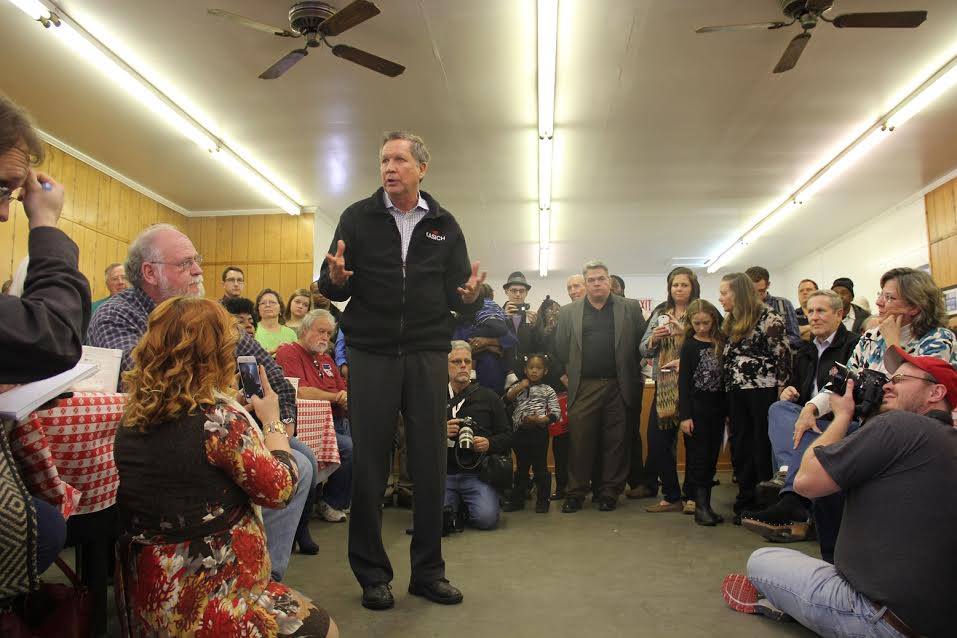 “Only four candidates have top-three finishes in any of the early states and can justify staying in,” Kasich’s advisor Jon Weaver said.  “At the same time, John Kasich has now won the so-called ‘Governors Bracket’ by continuing to run strong and beat expectations.”

Weaver portrayed Bush’s disappointing finish in the Palmetto State as a failed “last stand” – while advancing the notion that Kasich would be far more competitive in states ahead on the calendar.

“While others were making their last stand in South Carolina, John Kasich strengthened his organization and support – despite being outspent by tens of millions of dollars,” he said.  “He also focused on the key states ahead for us, like Michigan, where he is currently second, Massachusetts and Vermont.  Next week the governor campaigns in Virginia – where he is third, Georgia, and other states where he is rising.  As the race narrows to four candidates and enters the next phase, it also turns toward states that favor the governor and make his path to the nomination increasingly clear.”

Turns out Kasich’s campaign didn’t have to punk Bush … the latter announced his withdrawal from the race less than two hours after the polls closed in South Carolina.