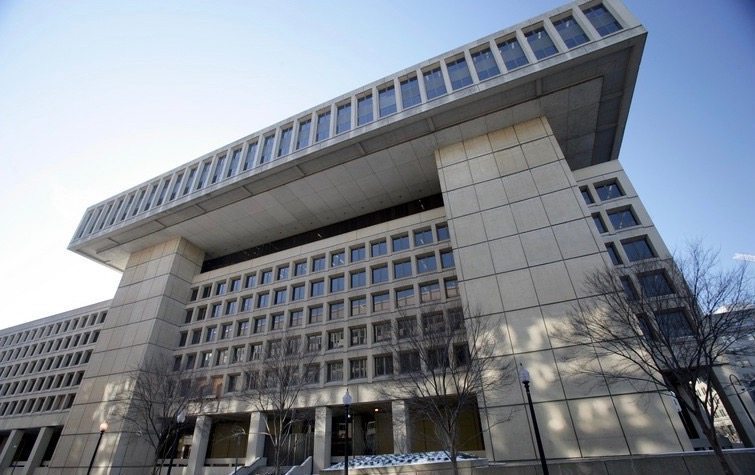 In case you missed it, the Federal Bureau of Investigation (FBI) is currently engaged in a major legal battle with tech giant Apple over its encryption technology.

We wrote about the case here … and again here.

According to the government, it has a narrow objective: It wants to obtain access to the iPhone 5C used by San Bernardino, California domestic terrorist Syed Rizwan Farook.

Apple contends the opposite.  Its attorneys claim the FBI is seeking a “master key” that would enable the government to bypass encryption on all iPhones, iPods and iPads.

So … who is telling the truth?

Or loaded onto every other phone.

As we said from the beginning of this case, “such universal access is far too dangerous to entrust to the government given its track record on mass surveillance and other violations of individual liberty.”

Of course we’re not sure what’s more depressing here: The FBI’s overt, easily disprovable lie?  Or that the agency felt so comfortable in telling it?

“The FBI line ‘we just want Apple to unlock the phone and give us the info’ is a lie based on what they are asking in court,” one of our libertarian sources told us.  “But no one reads court filings.”

Or they do … and choose to ignore what they find.

Where the Hell are all the Liberals who where screaming Bush is a NAZI during the Patriot Act? What is so different about this Administration? Has Edward Snowden not taught us anything?

Could it be that Liberals only scream at Conservatives and Liberals can do no wrong?

Democrats are scum…to coin a phrase.

Careful, that has been used so much that it is quite possibly trademarked.

So let max sue me.

when is the last time you asked a democrat about this issue? do you really think i think this is ok, if you do, you need a new crystal ball because the one you have now is just as fucked up as the fbi going at apple like this.

I wasn’t just referring to this situation, liberals always scream at conservatives you don’t need a crystal ball to see that.

Well, at least it’d be a PC party:

“Equal opportunity hate for everyone.”

I can identify with that!

Did you hear Trump is up 45% in Massachusetts? What I want to know, of those 10 Republicans how is one of them going to split his vote?

Check this out. It seems those ten are getting reinforcements.

It isn’t different! Obama is closer to being a Republican than an actual liberal! Neocon Hillary won’t be any different!

right here Taz, this is bullshit.

Glad to hear it! Just looking for a little consistency. I thought Bush was a better choice over Al Gore and John Kerry. That didn’t give him a free pass when it comes to the Constitution though.

Too soon to celebrate. BT is here.

The FBI doesn’t lie, what you talkin’ bout Willis?

I’m being a contrarian today, because no one else will do the job.

APPLE is trying to rewrite the Fourteenth Amendment.

The right of the people to be secure in their persons, houses, papers, and effects, against unreasonable searches and seizures, shall not be violated, and no Warrants shall [be] issue[ed], but upon probable cause, supported by Oath or affirmation, and particularly describing the place to be searched, and the persons or things to be seized.

Remember the parts of the ammendment Apple wants to remove, allow crimes to be prevented and punished.

I don’t think the FBI could use what they are asking for in mass surveillance. The FBI would have to have the phone in their possession to access it’s data.

Maybe we should have a Opt Out of the Constitution Clause for persons such as yourself so the rest of us can keep ours. Apple has to do that in China, is that how you envision us? Scratching out unreasonable is well, unreasonable.

If Apple wins, that makes all searches of phones and any digital device impossible. “Unreasonable” is a qualification. Without it there can be no searches for any reason. That is not what the founding fathers stood for. They recognized the need for reasonable searches.

Apple committed no crime. Unreasonable is asking them to destroy their products value. i’m sure Apple doesn’t give a crap about our rights. As much as I would like to see what those two dirt bags were up to we can’t allow the Government to take our rights, good cause or not. I think a light needs to be shined on the fact our Government can’t vet immigrants or gun purchase applicants for that matter.

It is well established that banks have to involuntarily divulge information about their customers upon the issue of a warrant. This does effect the value of their service/product provided. Ask Swiss bankers. They are not allowed to withhold information that is part of a warrant no matter how it might impact their business. Victims of crimes have rights also.

Apple did not commit the crime and they will be hurt by breaking the encryption on their product.

A court order forcing them to do so is yet another victimization. Just because the government forces banks to turn over data doesn’t mean the concept is just.

“There is nothing new in the realization that
the Constitution sometimes insulates the criminality of a few in order
to protect the privacy of us all.” – Antonin Scalia

the Constitution sometimes insulates the criminality of a few in order
to protect the privacy of us all.” – Antonin Scalia

The key words are “sometimes” and “few”. If Apple wins all criminality on phones and any other digital devices will be insulated.

“Apple is the terrorist and pedophile protector.”

That’s an absurd statement. That would be like saying victims have the right to make guns more difficult to use and they should be allowed to sue gun manufacturers for allowing guns to kill people and in the least, make them less effective in doing so.

Gun makers making more efficient & better guns that even government can’t control doesn’t make them criminal and if their customers had to suffer because some idiot used a gun to kill people, so now everyone had to have their gun monitored by the Feds…well, then that’s clearly wrong.

You haven’t even understood what Scalia was driving at, you’ve taken that statement completely out of context. He never suggested that protection of privacy should be “sometimes” or only applied to a “few”-

Either you are lacking in comprehension or intellectually insincere. It’s quite clear what he meant, which is the Constitution accepts that some criminals will go free so the rest of us have our privacy.

Only those uncomfortable with freedom(which is at times dangerous and scary) would cheer for more government authority/power instead of limited government.

The FBI is asking for Apple to disable the iPhone function that wipes all data after ten consecutive unsuccessful attempts to log on. They are not asking for an encryption “master key” or a “back door”. Apple has refused to do this for one specific phone that is owned by the shooter’s employer, who has requested they do it.

So the real risk is not that a master encryption key will escape into the wild, but that criminals and worse will have their secrets protected.

Damn tom we agree on this one.

What happens a person own an iPhone and forgets their password? Do they have to buy and new phone? If they buy a new phone will apple transfer the data from old to new?

Just asking because I have an old man flip phone and I like it that way.

You are just plain wrong. Once this is stopped then is is simple to unlock any Phone in the possession of law enforcement. The FBI caused this need in the first place. They forced a password reset thus disabling the ability to get the data.

This is a set up pure and simple.

No one seems to understand this is the government forcing them to “do” something. Not just turn over information or a report but actually create something that does not exist. Seems like a big aspect that no one has talked about. This means some group of engineers will have to stop whatever project they are working on to work on this bc the fbi what’s to make a point.

This is how BOTH sides of the aisle blackmail, extort judges, politicians etc. This is how power really happens in DC and the main reason Trump worries the shit out the establishment! He has the balls to open and expose all of the corruption in govt, media, religion and politics. Justice Black was clearly blackmailed on Obama care and it shows in his reason for his vote and I quote “elections have consequences “.