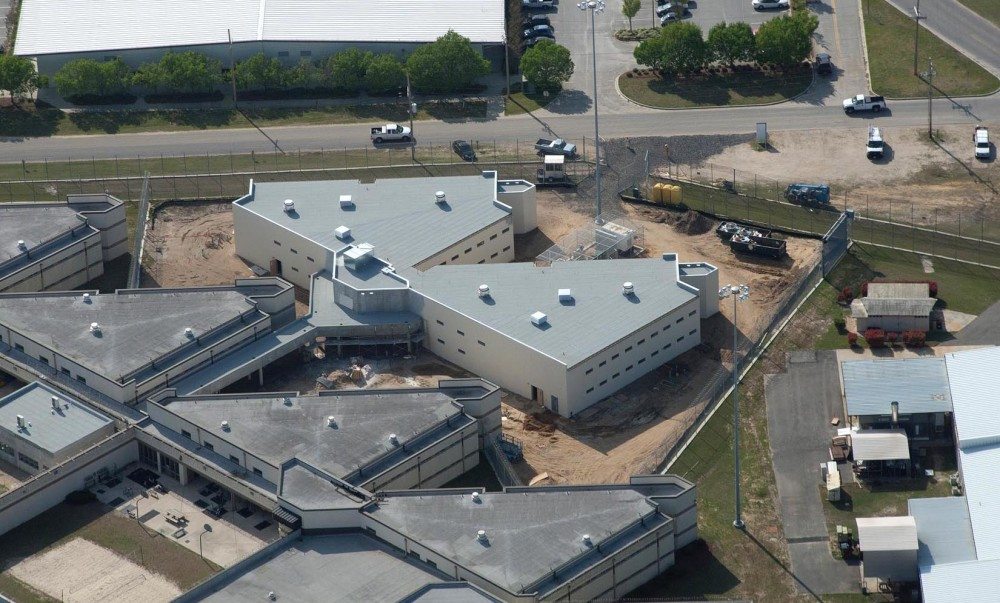 This website has consistently supported S.C. governor Nikki Haley‘s position on the accommodation of detainees from Camp Delta, the U.S. military installation in Guantanamo Bay, Cuba.  We just wish she would show the same consistency in opposing refugee resettlements … or opposing presidential candidates who want to grant amnesty for illegal immigrants.

Anyway … Haley is correct in opposing U.S. president Barack Obama on this issue.

Obama vowed to shut down Guantanamo Bay down in 2008 – but eight years later the facility has continued to operate at a cost of roughly $150 million a year.  It currently houses around 93 detainees – or “enemy combatants.”  These prisoners are held indefinitely in extrajudicial detention.  Forty detainees have been cleared for transfer – in fact ten were recently transferred for resettlement in Oman.

Others could be, um, “traded.”

At its peak population in 2003, Camp Delta housed more than 650 detainees.

Obama wants to transfer the remaining “dangerous” detainees to at least three facilities in the United States – the federal government’s “Supermax” prison in Florence, Colorado; a military prison in Leavenworth, Kansas and the Naval Consolidated Brig in Charleston, South Carolina.

“The plan we’re putting forward today isn’t just about closing the facility at Guantanamo,” he said.  “It’s not just about dealing with the current group of detainees, which is a complex piece of business because of the manner in which they were originally apprehended and what happened. This is about closing a chapter in our history.”

This website has made no bones about its view of indefinite detention for enemy combatants.

Leading the fight to block the detainee transfers at the federal level is U.S. Rep. Jeff Duncan – who has introduced legislation which would grant the U.S. House of Representatives the right to sue the Obama administration if it moves forward with its plans.

“No President is above the law,” he said.  “When Congress passes a law, we have an obligation to the Constitution to ensure that it is followed.”

I’m in favor of just dropping them off where we found them – from an altitude of about 30,000 feet.

My preference is to just let them “disappear” to swim with the sharks. I don’t know how far out sharks can be found, but it should be where nothing washes up on the beaches.

Yeah all those Haitians washing up on Palm Beach were ruining the scenery, not to mention the dreadful odor.

Colonel, have there been any suicides by them in prison?

I know there have been several attempts but I am unaware of any successful ones.

I’m wondering if just self-suicide is acceptable to them.

From MPAC: “Like other Abrahamic religions, Islam views suicide strictly as sinful and detrimental to ones spiritual journey. However, human beings are said to be liable to committing mistakes, thus, God forgives the sins and wipes them out if the individual is truly sincere in repentance, true to the causes and determined in intention.”

They don’t consider suicide bombing to be suicide: “…Despite this, there is an unpopular view that actions committed in the course of jihad resulting in one’s own death are not considered suicide, even if by the nature of the act death is assured (e.g. suicide bombing). Such acts are instead considered a form of martyrdom. However, there is Quranic evidence to the contrary stating those involved in the killing of the innocent are wrongdoers and transgressors. Nevertheless, some claim Islam does permit the use of suicide only against the unjust and oppressors if one feels there is absolutely no other option available and life otherwise would end in death…. “

Who will eat the cockmeat sandwiches if they close it down?

Castro gave us the Mariel Boatlift, I say just swing the gate open long enough to close it behind them.

how is that that all these lawyers – including lindsay graham – have no faith that the US court system can deal with these shits? why do idiot ‘conservative’ poseurs equate “bringing them to the US for trial and imprisonment” with “letting them live in a trailer in your yard”?

Obama is a traitor.Plain and simple.

You are a traitor.

Innocent until proven guilty isn’t loved by people who already have rendered a guilty verdict in their minds.

“how is that that all these lawyers – including lindsay graham – have no faith that the US court system can deal with these shits? ”

On one hand I agree with your sentment, but on the other had there’s the matter of reality-

and the reality is the government court system is highly dysfunctional & inept…and who knows that better than lawyers?

When I first glanced at the headline and saw “flares up” I immediately thought there was a major hemorrhoid problem there.

…or yet ANOTHER Ravenel story.

Haley will make soak this issue for everything it is worth.

If Obama succeeds in relocating the prisoners to the US, the next step will be turning Guantanamo Bay over to the Cubans. The Russians and Chinese would love that deal.
I had rather have terrorists stationed there than our friends from Russia and China.

For years, make that decades, South Carolina has been the #1 dumping ground for everyone else’s waste whether it be garbage, sewage plant waste or nuclear shit

Take the detainees and in return no more out of State shit can be dumped in SC and what shit can be loaded onto trucks, boats or trains to be shipped to Nevada, Wisconsin, North Dakota or anywhere as long as it is not kept in South Carolina

Time for South Carolina to become a Fucker not a Fuckee