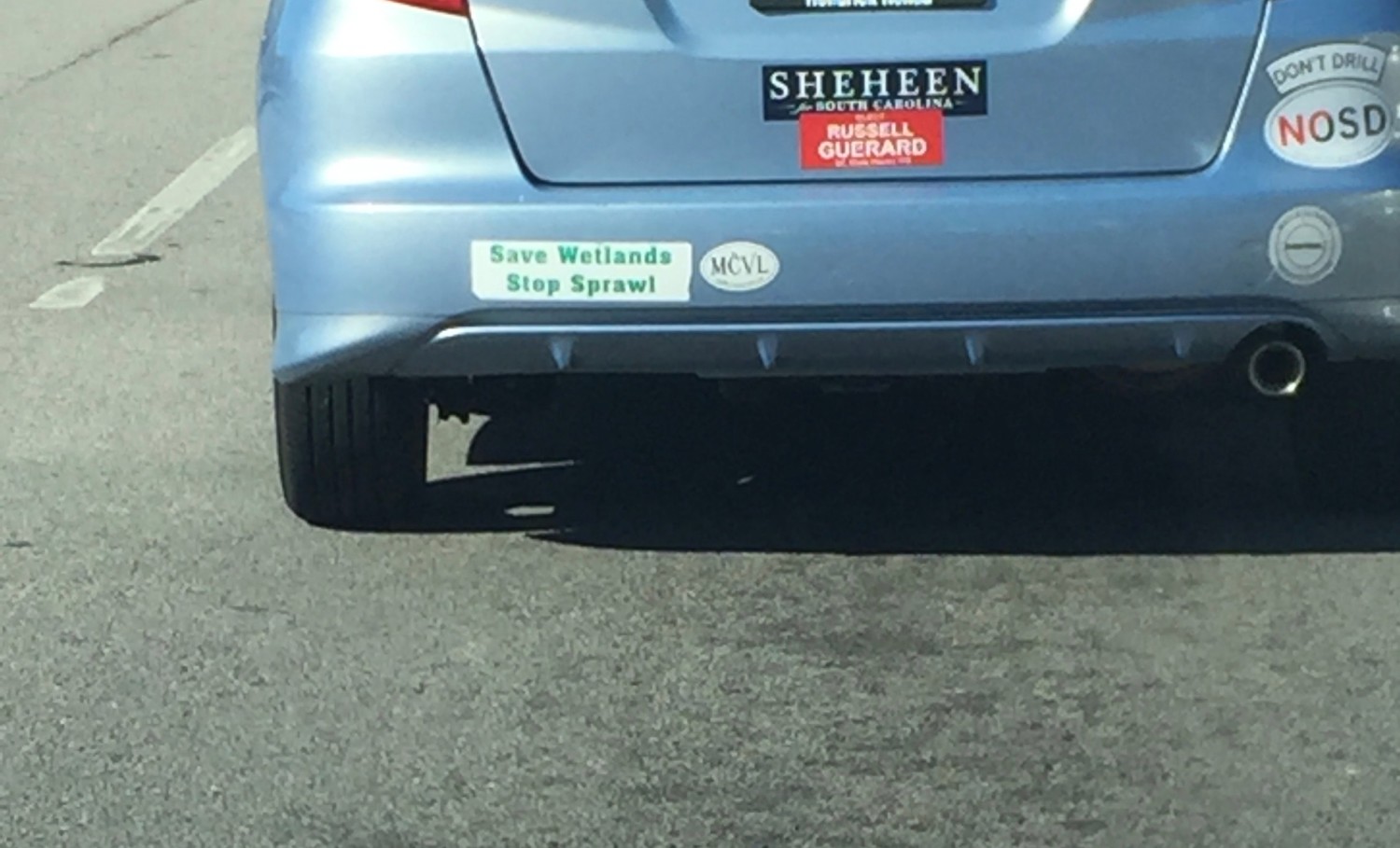 WEARING LIBERALISM ON THEIR BUMPERS …

There’s a race on in the South Carolina Lowcountry to replace fiscally liberal S.C. Rep. Chip Limehouse, who has said he won’t run for another term in 2016.

Of course Limehouse may change his mind … who knows.

Anyway, a crowded field is already vying for this seat – including Russell Guerard, who challenged Limehouse in 2014 and came up just short (42 votes out of more than 3,700 cast).

We’ve always liked Guerard – not necessarily because of who he is, but who he wasn’t (Limehouse).  Of course we had to pause recently when one of our Lowcountry sources sent us a pic of a Guerard supporter showing him some love on the bumper of their Honda Fit.

(As if the car itself wasn’t a dead giveaway).

Competing for space with their Guerard sticker on said bumper?

“Stop Sprawl,” “Don’t Drill” and “Sheheen for Governor” bumper stickers … indicating the owner of the vehicle is more likely than not a rabid eco-Democrat.

The last thing the S.C. General Assembly needs right now is more left-leaning “Republicans.”  And while we haven’t been following this race closely enough yet to know where all of the candidates stand on the issues (filing doesn’t even open until next month) – we sure hope Guerard isn’t doing anything to actively court this sort of voter.