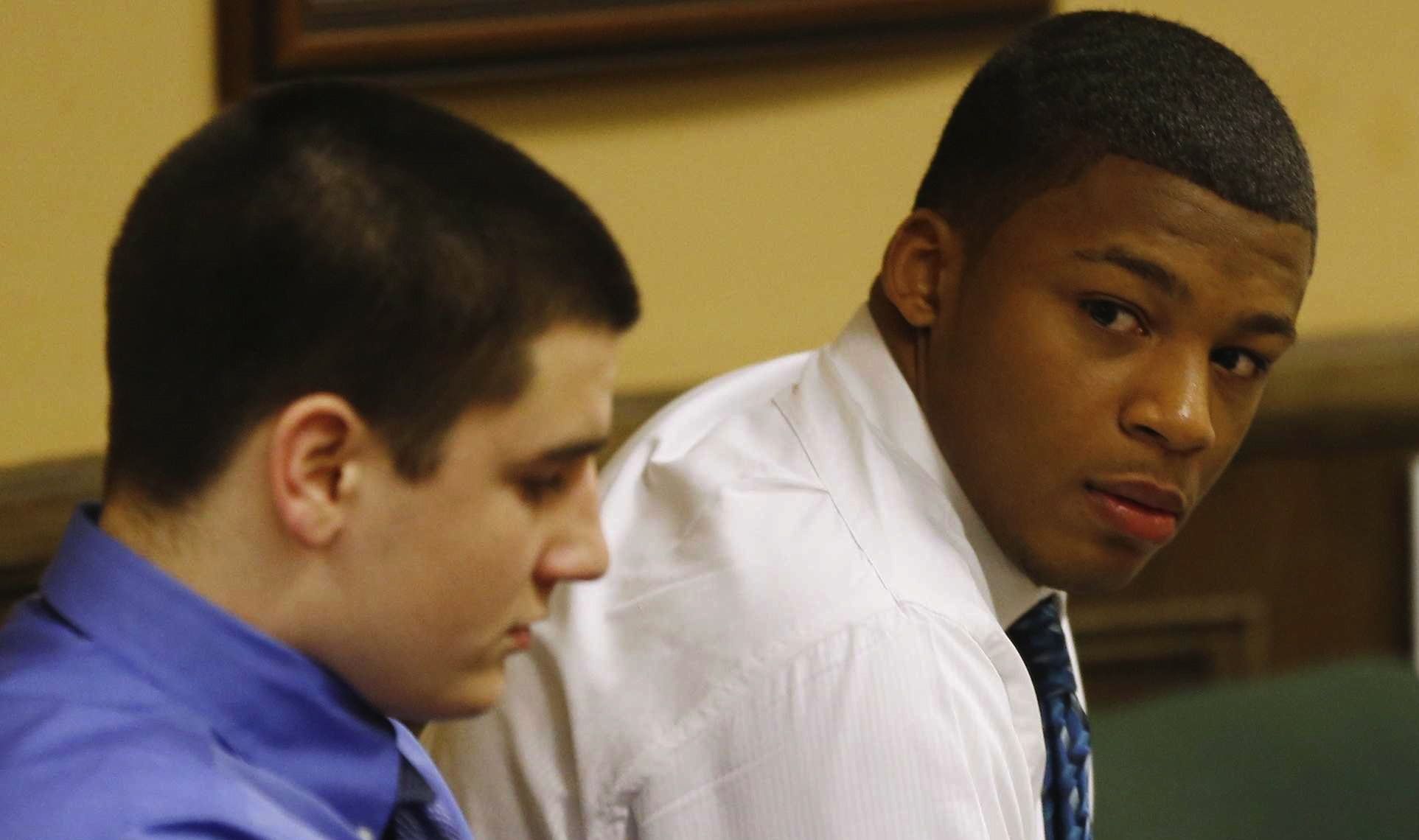 Every two-and-a-half minutes someone in the United States is sexually assaulted.

There has been an endless list of rape-centric controversies this year.  Whether it was Linda McMahon discussing “emergency rape,” another college rape scandal, or Todd Akin making up “legitimate rape,” we’ve talked about rape a lot.

Recently, the Steubenville rape case has become the center of national attention.  In case you haven’t heard – two Steubenville, Ohio, teenagers, Ma’lik Richmond and Trent Mays, were found guilty of raping a sixteen-year-old West Virginia girl during a series of parties last summer. The victim was unconscious at the time and unable to remember what happened. Text messages and phone pictures provided much of the evidence and social media was at the center of the case, attracting national attention over pictures and videos posted on the internet.

This weekend, reporters at CNN announced the outcome of the trial from a perplexing perspective; correspondent Poppy Harlow said this about the verdict,

“Incredibly emotional, incredibly difficult… to watch what happened as these two young men that had such promising futures, star football players, very good students, literally watched as they believed their lives fell apart …”

CNN proceeded to show footage of both Richmond and Mays crying and apologizing in court.  After Harlow’s sympathetic report, CNN anchor, Candy Crowley, and a legal expert, Paul Callan, contemplated the two boys’ futures, lamenting how these two young, emotionally vulnerable boys will be labeled as sex offenders; according to Callan, “that will haunt them for the rest of their lives.”

An obvious way to report a rape trial’s outcome is to discuss the effects of the outcome on the victim’s life; another option is to mourn the rapists’ lost future.  It seems CNN chose the latter.  This isn’t how professional journalists should discuss a rape trial, is it?  As awful as it is, CNN’s bad news angle is only the most recent culmination of America’s rape culture.

We’re aware of sexualized violence happening across the world, but let’s look at what’s happening right before our own, American, eyes.  With Steubenville, like so many other cases, we’re watching history repeat itself – another woman blamed for the violence inflicted upon her.  It’s no secret that many citizens of Steubenville, including coaches and parents, are blaming the victim, citing previous promiscuous behavior.  She’s responsible because she posted provocative photos and comments, right? Because only sluts get raped, right? She was asking for it, right?

In light of this case, we’re asking if the boys actually did it, we’re discussing Steubenville’s football culture, and watching interviews with parents and football coaches.  Is this really how we should handle rape’s prevalence in our society?

No, absolutely not.  We should be reevaluating a culture, our culture, which blames women for their tragedies.  We should be uprooting the status quo, the “boys will be boys” mentality that plagues our society and desensitizes us to the realities of rape.

We should question what in our society creates young men who think it’s permissible to violate an unconscious girl, to physically and emotionally wound her, then post pictures and videos of it on the Internet.  Are we enabling this kind of behavior?

Women are now habituated to protect themselves.  We walk home at night with anxiety, we have our friends constantly watch our drinks, we walk everywhere in pairs.  In the past couple of years we’ve seen politicians introduce abortion legislation that wrongfully redefines rape.  We are conditioned to expect rape.  Our peers criticize our clothing choices, our sexual behavior, our sexual history, our character, playing to the convoluted notion that rape happens to women because they were doing something wrong, because they weren’t being careful enough.  This is what rape culture does.  It perpetuates a depraved society that asks rape victims to take responsibility for their actions, yet extends a hand of forgiveness to rapists.

What sort of justice, as a society, do we want to see?  Do we want to continue to blame victim?  Dismiss these cases as rare?  Should we blame football, or come up with some new excuse?  There is something seriously wrong with our system when a girl, so incapacitated, a boy refers to her as a “dead girl,” is expected to share responsibility for her rape.  Is this the kind of world we want for women, or for sex, for that matter?

It shouldn’t be.  We must get serious about rape and rape culture.

I want something better for myself, for my friends, for my sister, for my future children.  We all should.

We must want something better for ourselves, from ourselves.