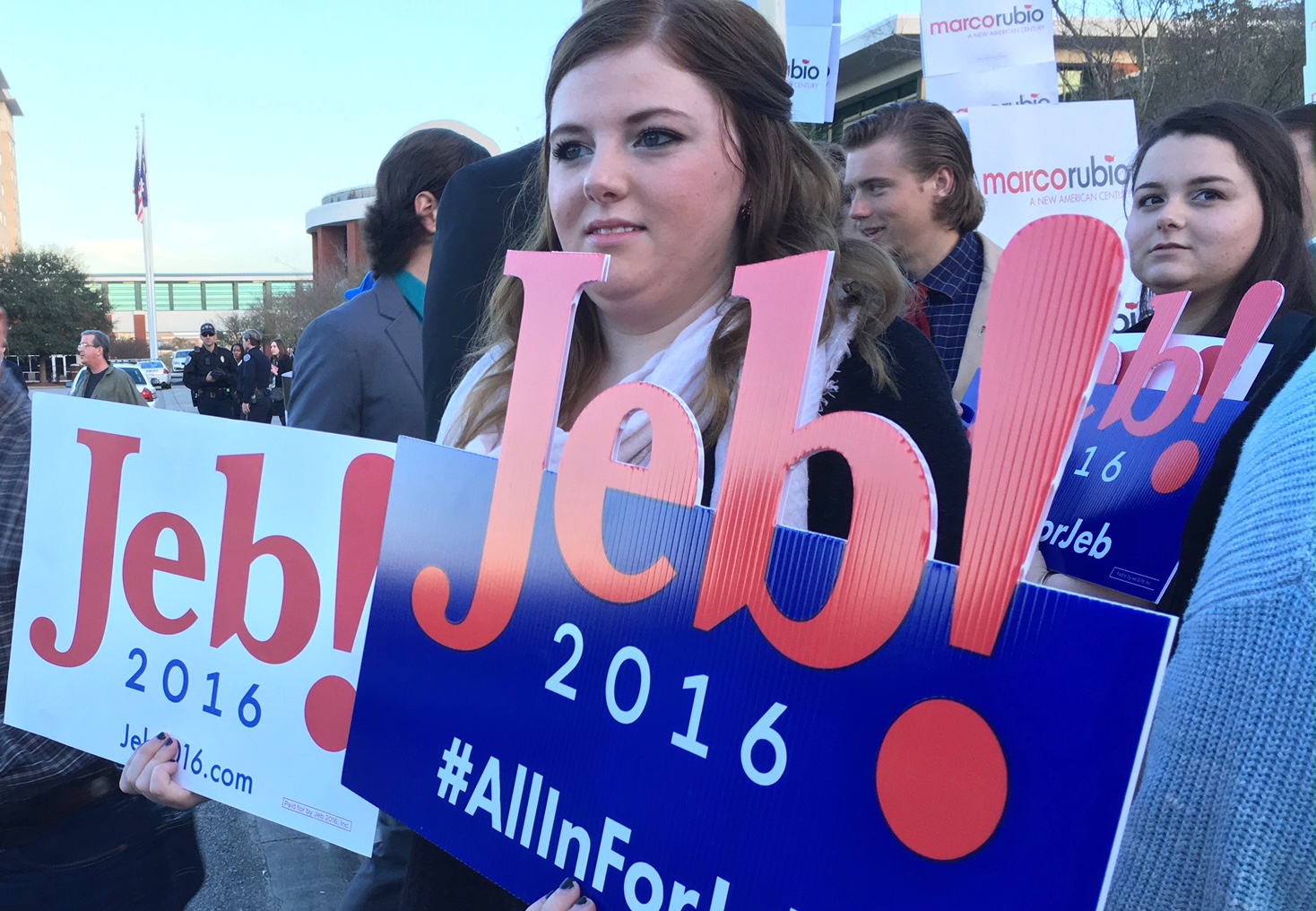 Anyway, an advisor to one of Bush’s 2016 rivals joked with us this week that the establishment “Republican” favorite might need to rethink his current branding strategy.

“All caps … I think they should try all caps, maybe with two or three more exclamation points,” the advisor joked, adding that Bush’s current logo has succeeded in taken his formerly front-running candidacy “from first to fifth.”

Bush is actually polling in fourth-place in early-voting South Carolina, where his supporters are reportedly putting the pieces in place for a brutal savaging of GOP frontrunner Donald Trump.

How’s that effort coming so far?  Not so well, actually.  The establishment empire of Richard Quinn and Associates – which was expected to deliver its entire stable of status quo politicians into the Bush camp – dropped the ball on a key statewide endorsement.

As a result, the coalescing “Kill Donald” columns at this GOP Waterloo are already looking a bit thinner than advertised …

Related Topics:Donald TrumpJeb 2016Jeb BushJeb!Richard Quinn and Associates
Up Next