Katherine Heigl is a train smoke hot Hollywood bombshell who has starred in some great flics over the years.  Our personal favorite?  Knocked Up – famous for its sage advice to “never drink and bone.”

Wait … are we rapping?

Seriously, though, check out home girl’s bio page on the website of the S.C. Department of Health and Environmental Control. 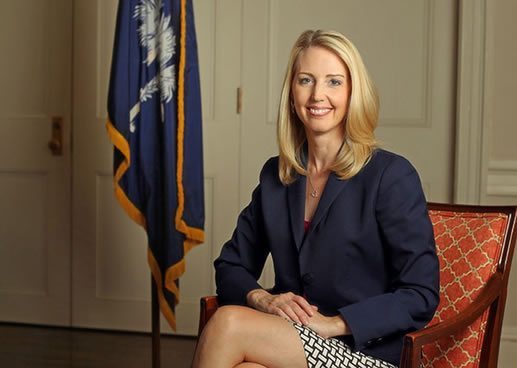 Heigel was appointed to lead SCDHEC last spring after Eleanor Kitzman – S.C. governor Nikki Haley‘s first choice to replace another hot Catherine at the helm of the state’s largest agency – withdrew her name in disgrace.

(Haley has reportedly rewarded Shuster – the girlfriend of her press secretary – with a sweet taxpayer-funded gig at the Continuum of Care, a totally unnecessary government bureaucracy).

Templeton and Heigel – a former Duke Energy executive – are said to be close friends.  They also reportedly roll with new S.C. Department of Revenue (SCDOR) director Rick Reames, who has been in the headlines a good bit of late.

Sort of a bureaucratic brat pack …

Anyway, we don’t expected to be invited to any “cool kid’s club” meetings anytime soon (especially after we popped Templeton earlier this week), but it seems clear there are some rising new powers in the S.C. capital.