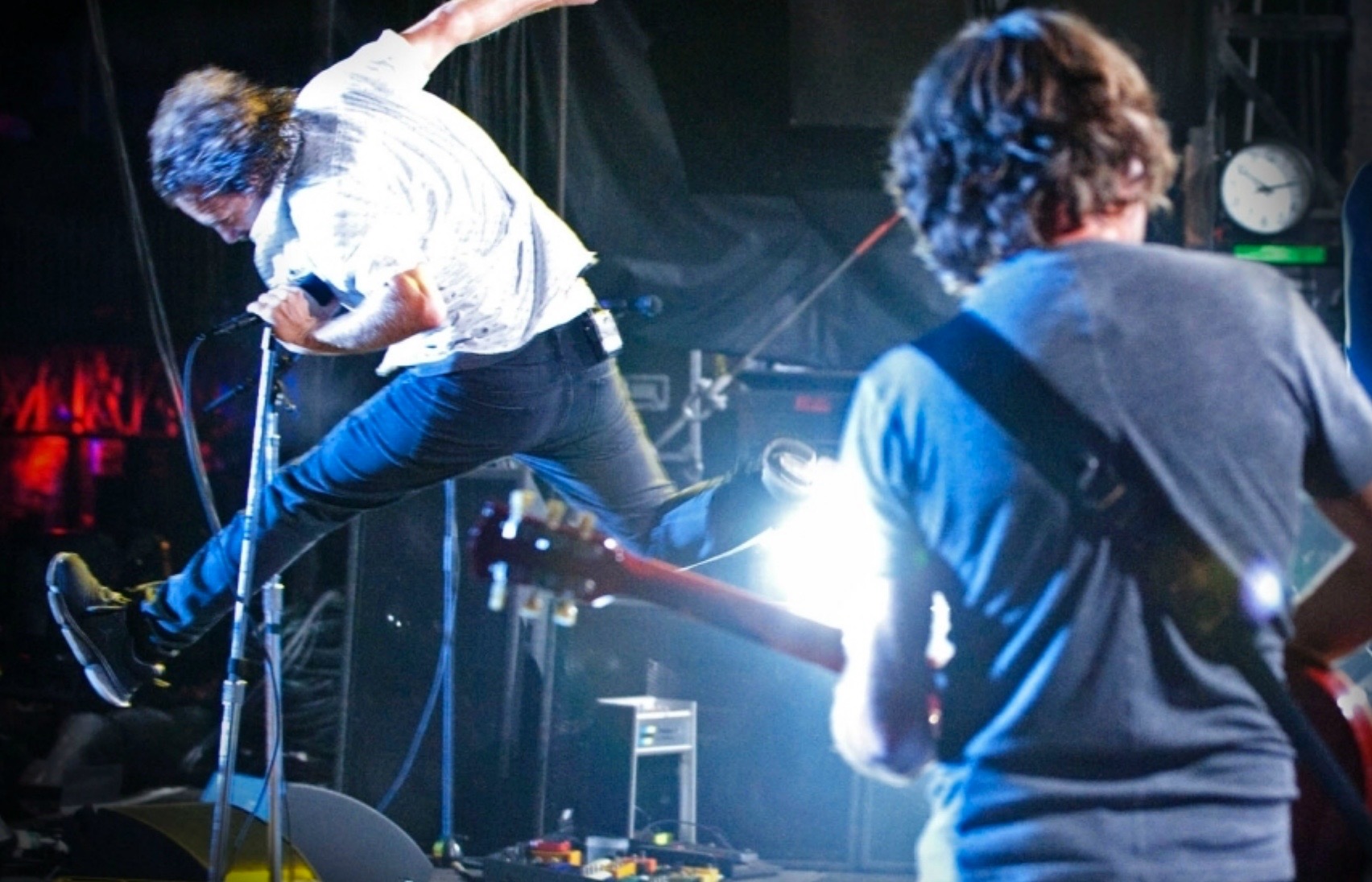 Pearl Jam – the most influential rock-n-roll band to emerge from the early-1990s grunge movement – will play two shows in the Palmetto State on its 2016 North American tour this spring.

The Seattle, Washington-based band will appear at the Bon Secours Wellness Arena in Greenville, S.C. on Saturday, April 16.   Five days later, on Thursday April 21, the band will perform at the Colonial Life Center in downtown Columbia, S.C.

Our founding editor caught Pearl Jam on the next-to-last date of its 2013 tour in Charlotte, N.C.  To read a recap of that performance, click here …

If you’ve never seen the band live before, don’t miss this chance.

Pearl Jam plays long, loud and hard … in fact we when saw them in Charlotte, the band played until the arena managers turned on the house lights.  And then kept playing.  Lead guitarist Mike McCready looked as though he would have played all night if they had let him.

McCready – along with lead singer Eddie Vedder, rhythm guitarist Stone Gossard and bassist Jeff Ament – are founding members of the band.  They’ve been playing together since 1990, and have released ten albums – the latest of which is 2013’s Lightning Bolt.

Here’s “Sirens,” our favorite song off that album …

Does SC get any current or relevant bands that aren’t hip-hop or RnB?

It’s sweet that your old folks home has internet access.

Wake the old lady up….you will get lucky with this one….

They are kind of like Loverboy. But uglier and from the early 90’s. Don’t waste your time.

Chairman Of The Board

More washed up has-been bands. But then I doubt there’s a modern band that I’d pay to see.

One for you…Carolina Beach Music…tell mama to put it down!

In Awendaw this weekend

I might go, Vedder’s Ukulele Songs album is underrated, hopefully he plays some stuff off of it:

Some say Eddie Vedder invented it, some say Hootie did, and I’ve even heard
folks claim that Al Green was the first. It is an unmistakable force in modern music. It is the YARL.

Even if you’ve never heard the term “yarl” before you probably know
exactly what I mean based on the aforementioned bands. Go ahead and say
it out loud in a low baritone voice: YAAAAAARRRRLLLL.

Hopefully he’s keep his politicking to himself and just YAAAAAARRRRLLLL.