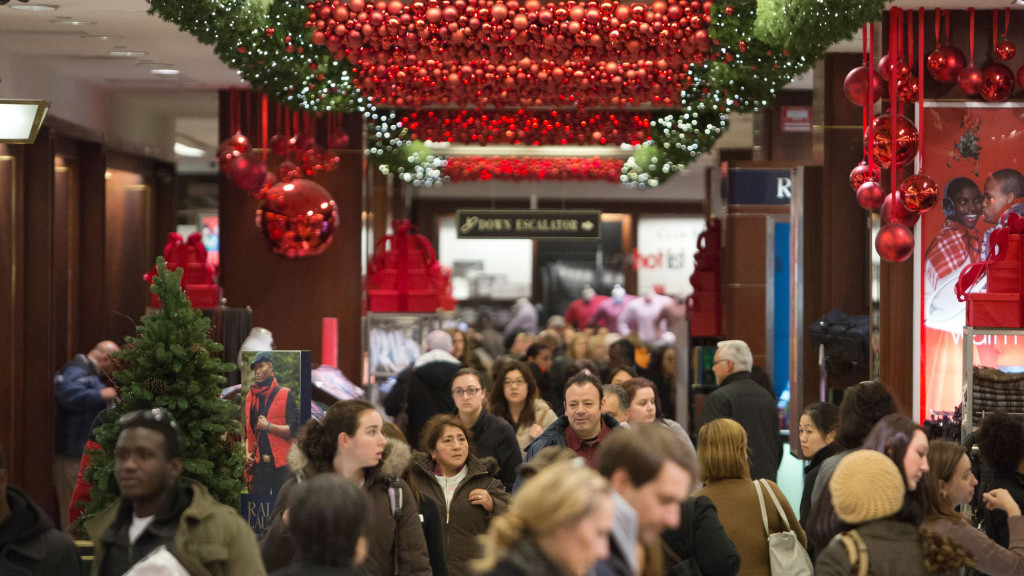 In a terrible sign for this year’s holiday shopping season, consumer comfort in the United States just hit a new low for 2015.  Even more ominously, Americans’ views of the buying climate “took a big step back.”

Bloomberg’s Consumer Comfort Index (CCI) – which measures consumer comfort on a scale of zero to 100 – currently stands at 39.6. That’s a 5.6-point drop from its mid-October peak, and a 8.3-point drop from its post-recession peak in April of this year.

Meanwhile the CCI’s buying climate subindex – which analysts watch like hawks this time of year – plunged 2.8 points in a single week to 34.5.  That’s just one point off of its 2015 lows.

“It couldn’t come at a worse time of year, with the latest CCI interviews conducted during Thanksgiving week – the traditional kickoff to the Christmas retail season,” noted the firm that compiles the data (.pdf here).

Take a look at the troubling trend lines … 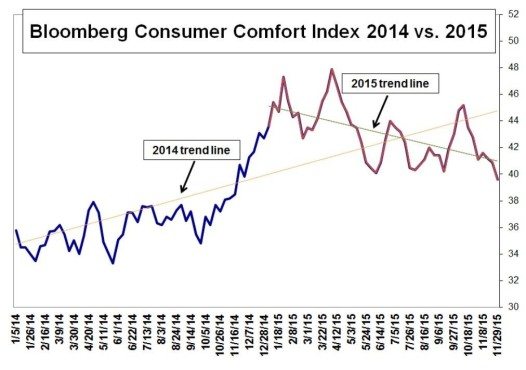 Clearly that didn’t happen, though, and now the economy appears to be sputtering as it heads into its most critical stretch of the year.

Compiled weekly since December 1985, the CCI is based on 1,000 national random-sample landline and cellular telephone interviews, 250 per week (in a four-week rolling average).  Its record high of 69 was reached on January 16, 2000.  Its record low of 23 has been recorded on four separate occasions – most recently June 21, 2009.