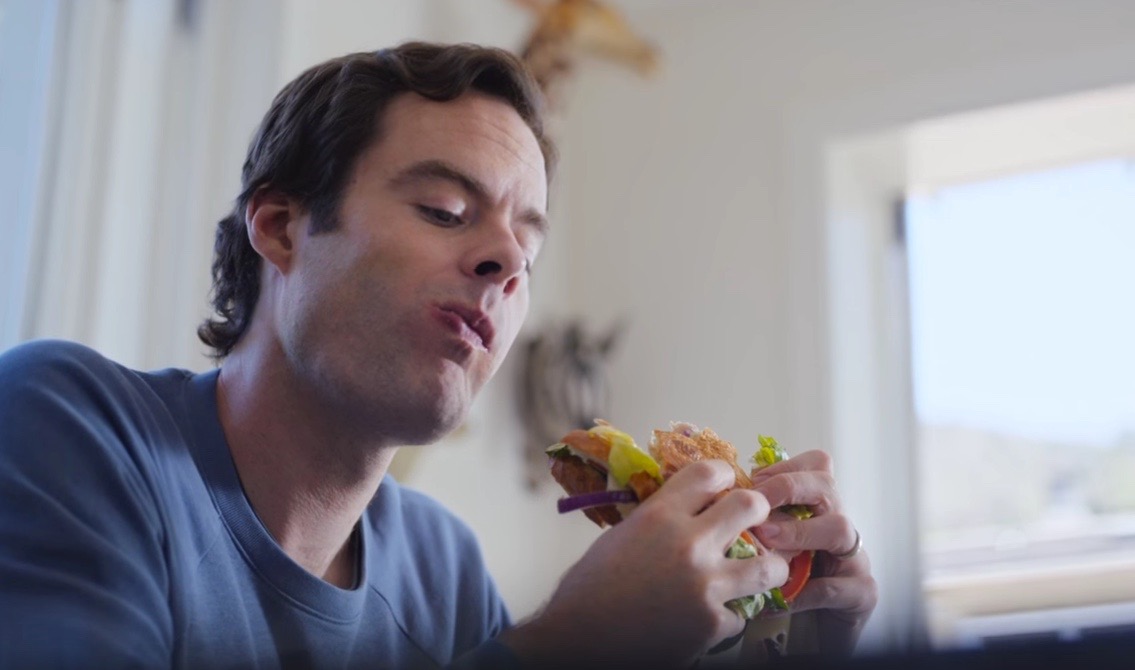 Apple is hoping to match last year’s holiday sales for its new iPhone 6s … which breezed past initial sales records earlier this year but is projected to fall just shy of matching its predecessor’s 2014 holiday season.  A whopping 74.5 million iPhones were sold last December, with this year’s sales projected to fall somewhere between 70-75 million.

Also worth checking out? Hader’s new movie “Trainwreck” – written by (and starring) comedienne Amy Schumer.  We watched it last week on the recommendation of our Platonic Compadre (a.k.a. the PC) and walked away duly impressed … with the flic and with Hader bringing back sideburns.

And yes, the movie also stars … wait for it … the iPhone.