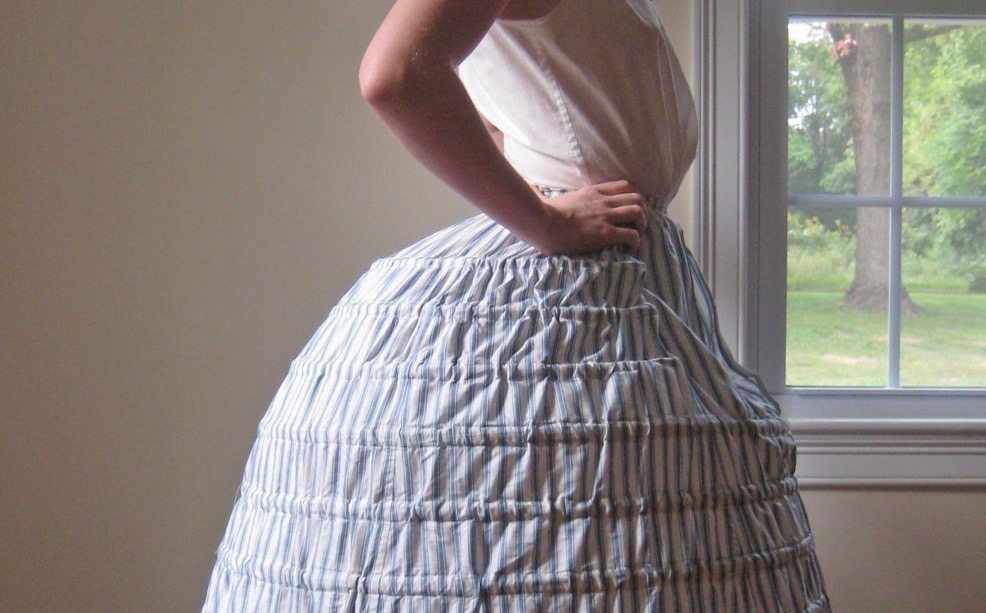 || By FITSNEWS || If there was a moment when the switch flipped in our heads – when we became “radicalized” against the orthodoxy of compulsory tolerance we advanced during the Confederate flag debate – it was when we read a column by Elizabeth Boyd which appeared in last month’s editions of The Washington Post.

Who is Boyd?  Nobody, really.  She’s a research associate at the University of Maryland, an institution we’d been led to believe had expertise only in regard to crab cakes and football (well, the former anyway).

Boyd’s column – reprinted this week by The (Charleston, S.C.) Post and Courier – attacked the University of Georgia for a delay in the imposition of a ban against hoop skirts (the donning of which the author equated to a “hate crime”).

That’s right … Georgia’s imposition of a hoop skirt ban wasn’t sufficient to mitigate Boyd’s vitriol.  It was that the school delayed in imposing it.

While donning a hoop skirt on occasion may not constitute a hate crime (whether it is a crime of fashion is another matter), make no mistake: The Southern belle performances routinely staged on campuses across the South constitute choreography of exclusion. And most do not even require a hoop skirt. In campus productions — sorority rush, beauty revues and pageants, sporting traditions — young white women serve as signs of nostalgia for a bygone, segregated South and all its attendant privileges.

In highly stylized renditions of femininity (which differ markedly from day-to-day routines and visage), otherwise thoroughly contemporary collegians demonstrate their ability to “do” white Southern womanhood: the attire, the manners, the demeanor, the shared references and, above all, the lineage. Such performances stun with their continued ability to consolidate privilege and fly under the representational radar where masculine symbols have all but vanished. Discounted but powerful, these belle performances may not stem from conscious ill intent, but they are surely racial symbols as much as any noose or flag. And they can be plenty intimidating.

The horror, right?  Indeed.  In fact Georgia’s delay in putting those awful white southern girls in their proper place was almost as inherently evil as Brett Favre‘s failure to clap with sufficient duration and intensity for Bruce … err, Caitlyn Jenner at the 2015 ESPY awards.

Anyway, we’ve referenced Boyd’s column in a couple of recent pieces – including this one covering PC sanitization in Texas – but seeing her drivel appear in one of our home state papers warranted another treatment.

One of our readers put it best …

“Racism is obviously bad, but when everything is racist, how does society reasonably move away from it?” they noted. “I’m hardly a southern culture apologist but this is getting nuts.”

Indeed.  Although we would argue “nuts” is rapidly disappearing in the rearview mirror … this is getting downright dangerous.

What Boyd and those of her ilk are doing is racist.  They are demonizing people on the basis of their skin color, geographic location and fashion choices – engaging in the very sort of discriminatory behavior for which they attack others.

Of course in one sense they are also (inadvertently) helping: Such irrational finger-pointing has caused the scales to fall from the eyes of thousands of us who believed that doing the right thing regarding the Confederate flag would be greeted by reciprocal respect and tolerance.

If anything, it’s been greeted by an escalation of the politically correct culture war and attempts to (further) rewrite history.