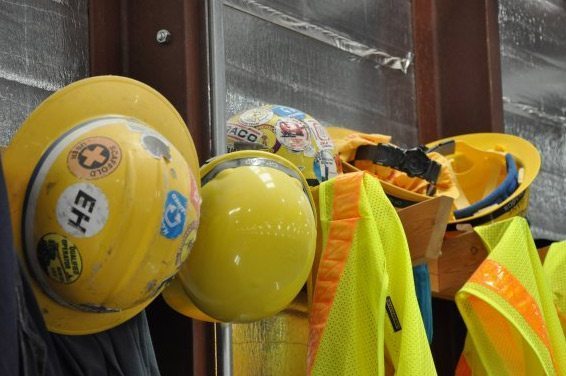 BUT WHAT’S DRIVING IT?

|| By FITSNEWS || Stop the presses … happy days are here again! Thanks to the magic of “double seasonal adjustment,” the American economy is humming on all cylinders again.

Even though record numbers of working age Americans don’t have jobs … and income levels remain flat.

Anyway, according to government bean counters the U.S. economy expanded at a 3.7 percent clip during the second quarter of 2015, a sharp upward revision from the 2.3 percent “advance” estimate released earlier this year.

Courtesy of our friends at Zero Hedge, here’s how the big uptick looks visually … 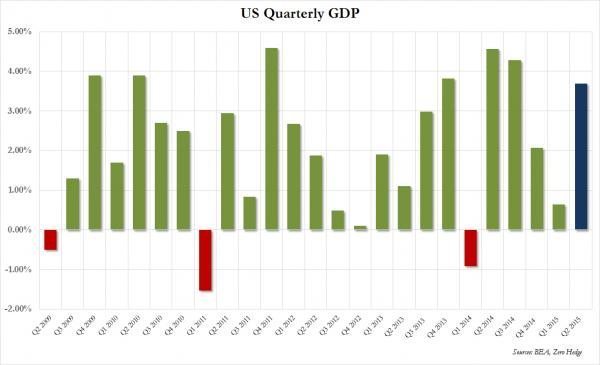 So … what’s driving this “growth?”

Surging inventories.  Specifically a $136 billion increase in inventories during the second quarter.

“This is an all time record, and a number which suggests the upcoming inventory liquidation will be truly epic, not to mention recessionary,” Zero Hedge noted in its analysis.

But don’t tell that to the MSM …

“Good News,” CNN’s headline declared. “The U.S. economy was in even better shape than we thought between April and June.”

In addition to the BEA’s updated second quarter data, the Atlanta Federal Reserve also released its latest “GDP Now” estimate – which revealed a modest uptick from 1.3 percent to 1.4 percent growth.  No doubt that’s the result of the looming “inventory liquidation.”

In fact expect that number to slide …

“As a result of the record increase in inventories, expect the Atlanta Fed to promptly cut its already painfully low Q3 GDP estimate,” Zero Hedge added.