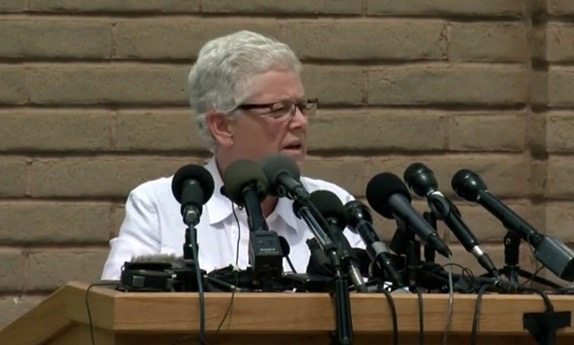 || By RICK MANNING  || Environmental Protection Agency (EPA) Administrator Gina McCarthy’s career of administrative neglect, malfeasance and outright incompetence has been capped by her Agency unleashing one of the worst environmental disasters of the 21st century. EPA clean-up crews breached a waste storage dam that produced a torrent of heavy metal-laden toxic waste, potentially fouling an entire western river system and impacting the drinking water of tens of millions of people.

While McCarthy didn’t personally bulldoze the dam herself, it is no surprise to those who have followed her Peter Principle-driven career that this would occur on her watch.

During the Fukushima nuclear meltdown in Japan, toxic radioactive clouds headed across the Pacific Ocean toward the United States. Fortunately, the U.S. has an extensive air radiation reporting network in place. Unfortunately, the EPA Inspector General (IG) reported that twenty percent of the Agency’s stationary radiation monitors were out of service at the time they were needed most.

In a report titled, “Weaknesses in EPA’s Management of the Radiation Network System Demand Attention,” the IG worried that the system is “vulnerable” writing, “Because EPA managed RadNet with lower than required priority, parts shortages and insufficient contract oversight contributed to extensive delays in fixing broken monitors. In addition, broken RadNet monitors and relaxed quality controls contributed to the filters not being changed timely. Out-of-service monitors and unchanged filters may reduce the quality and availability of critical data needed to assess radioactive threats to public health and the environment.”

Who was in charge of the RadNet system? You guessed it, Gina McCarthy.

And then there is the Energy Star program that McCarthy oversaw at the EPA.  Energy Star is designed to provide consumers with a means of assessing the energy efficiency of various appliances which they purchase.  Yet, under McCarthy’s leadership, the program failed in its basic mission by allowing a broad range of products to receive the energy efficiency seal, not just the most efficient.

Here is what the IG wrote in their report, “We found that the design and execution of the Energy Star program ensured neither the integrity of the label nor the achievement of greenhouse gas emission savings.”

Of course, McCarthy was also the supervisor of John Beale who got 32 months in prison for defrauding the federal government by collecting a paycheck from the EPA while claiming that he was working as a spy for the CIA.  Incredibly, Beale, the highest paid employee at the EPA, was a no-show for one stretch that totaled eighteen months.  That’s right, eagle-eye Gina did not notice that her highest-paid employee wasn’t around for a year and a half.

To quote The Washington Post, “Indeed, the agency was so lax in its oversight that Beale ostensibly retired in September 2011 — complete with a farewell dinner cruise on the Potomac — only to continue pulling a paycheck for another 19 months.”

Eventually, McCarthy stumbled across the scam and ordered an investigation, but before one gets too excited by her acumen, remember that Beale was her direct report. She had to sign off on his fake expense reports, and the bonuses he received while not showing up to work at all.

But wait, tragically there’s more in McCarthy’s record to show a pattern of failed leadership and, in this case, the consequences were fatal …