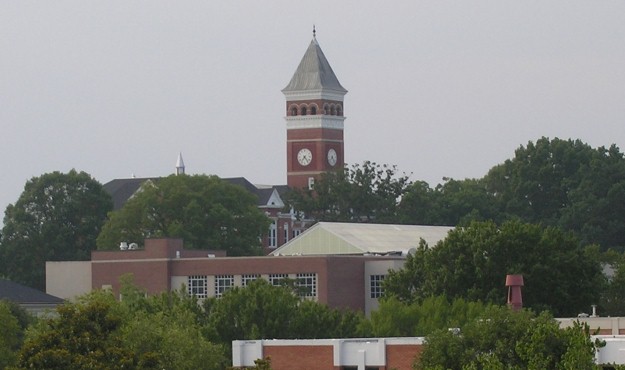 CONGRATS TO NEW CLEMSON BOARD CHAIRMAN …

|| By FITSNEWS || Not long ago this website was beating the hell out of Upstate textile magnate Smyth McKissick for being a trade protectionist.  And while we still don’t see eye-to-eye with him on this issue, we have to concede he’s got a point when it comes to railing against foreign currency manipulation.

You know … because it’s not “free trade.”

Hell, when we’re on the same page as progressive voices like the talented and lovely Emily Conrad (who wrote on TPP here), it’s clear there’s a new ideological matrix at work out there.

All this is by way of saying McKissick – who runs the Easley, S.C.-based Alice Manufacturing corporation – isn’t as bad a guy as we originally thought.  In fact some of our allies in the reform movement tell us he’s engaged them substantively in an effort to expand academic freedom in South Carolina – perhaps recognizing the future of his workforce depends on it.

McKissick was unanimously elected this week as the new chairman of the Clemson University board of trustees.  He takes over the job at a tumultuous time, although based on early reports it seems he’s unlikely to advance the sort of broad strokes we believe are necessary to turn things around in Tigertown (most notably doing away with the unconstitutional structure of the board he now governs).

We’re also told McKissick isn’t on board with our push to privatize the school … which we’ve been arguing for years is a long-overdue step that needs to be taken by all government-run institutions of higher learning in the Palmetto State.

Still, McKissick is a refreshing change.

Unlike his predecessor, former S.C. Speaker and U.S. Ambassador to Canada David Wilkins, he’s got thick skin.  He’s not petulant, impulsive or vindictive – and whether we agree with him or not, we know he’s going to advance his views thoughtfully and fairly.  Also, we know he’s got the best interests of the Clemson family at heart.

How we conduct ourselves in the public sphere isn’t nearly as important as the positions we take … but it does matter.  And McKissick deserves credit for the way he conducts himself.

We look forward to engaging the debate with him over the coming years … and wish him the best in his new position.