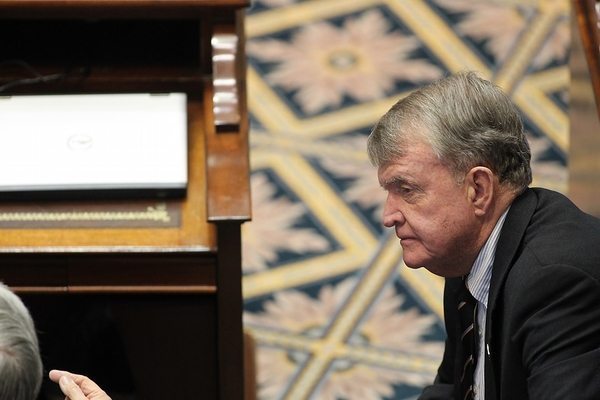 THIRTY YEARS AFTER THE FACT …

|| By FITSNEWS || This website hasn’t always had good things to say about S.C. Senator John Courson – who for years has defended the status quo institutions this website strives to expose, reform and/ or eliminate.  On the other hand, we’re been generally effusive in our praise of Rick Manning – whose organization Americans for Limited Government has stood firm on behalf of citizens and taxpayers in Washington, D.C. at a time when most “conservative” groups are caving.

As it turns out, Courson and Manning’s paths crossed years ago during a during a debate over gun control laws in the Palmetto State.

How do we know this?  Because the City of Columbia, S.C. recently passed an emergency ordinance violating the law Courson and Manning worked so hard to pass.

Flashback to 1986: The Cold War was thawing.  The Chicago Bears were Super Bowl champions.  Halley’s Comet was all the rage.  And South Carolina – then firmly in Democratic control (the more things change) – was in the midst of a furious debate over the Second Amendment.

Courson “was one of only a couple of Republicans in the Senate at the time,” Manning recalled – and was leading a fight to keep the state in charge of firearm regulation (as opposed to permitting county or municipal subdivisions to impose their own often conflicting bans or limitations on firearm possession).

Courson was concerned about the potential erosion of Second Amendment rights – as well as the confusion which would result from South Carolina’s local governments passing a million and one conflicting gun laws.

Courson’s legislation was quickly attached to a bill providing state funding for the National Guard Armory – a measure which had already passed the S.C. House of Representatives.  On the last day of the session, though, then-S.C. House Speaker Pro Tempore Sterling Anderson objected to the measure and demanded Courson remove his bill from the Armory funding legislation.

That’s when Manning sprung into action – convincing Anderson that the latter’s chief gun-related concern (the widespread availability of cheap, dangerous weapons known as “Saturday Night Specials”) had already been addressed in the Palmetto State.

After meeting with Manning, Anderson went back into the House chamber and informed Toal that Courson’s bill was going to pass – which it did.

“Senator Courson was the guy who put the whole thing in position to be able to be passed,” Manning recalled.

“I’m a strong supporter of the Second Amendment.  But I was also very concerned about the confusion and the lawsuits that would have come from municipalities passing their own ordinances,” Courson told us.

Such a situation would have been “an absolute disaster,” he added.

Unfortunately, last week the City of Columbia, S.C. passed an ordinance banning firearms and other unspecified “dangerous weapons” within a 250 foot radius of the grounds of the S.C. State House (where the Confederate flag controversy had been raging).  The thirty-day ban – which is being challenged by lawmakers – aims to fine violators $500 and/ or put them in jail for up to thirty days.

Aside from running afoul of the Second Amendment, this city ordinance is in direct contravention of Courson’s law – a.k.a. S.C. Code of Laws § 23-31-510.

We will continue to oppose it … while giving Courson and Manning some belated praise for their advocacy.

Jenny Horne: Grandpappy Told Me I Was Kin To Jefferson Davis