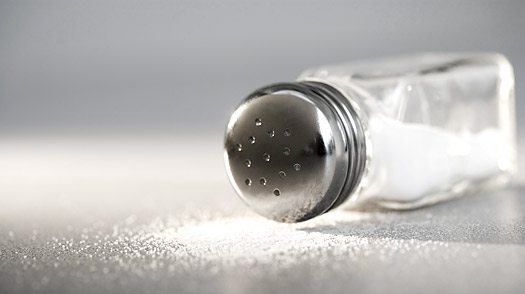 || By WILL FOLKS ||  “No more salt for you, I don’t want you dehydrated for Monday Night Football.”

That’s what Marci Tidwell told her husband Rod in the movie Jerry Maguire (which next to the Bible and the Constitution is the fount of all wisdom as far as I’m concerned).

And Marci’s right.  Too much salt isn’t good for you.  It dehydrates you.  In fact my wife takes care in preparing meals to make sure our growing brood doesn’t get too much salt.

From The Washington Free Beacon …

During a hearing before the House Subcommittee on Early Childhood, Elementary, and Secondary Education, chaired by Rep. Todd Rokita (R., Ind.), a school administrator told Congress of the “unintended consequences” of the Healthy, Hunger-Free Kids Act.

“Perhaps the most colorful example in my district is that students have been caught bringing–and even selling–salt, pepper, and sugar in school to add taste to perceived bland and tasteless cafeteria food,” said John S. Payne, the president of Blackford County School Board of Trustees in Hartford City, Indiana.

“This ‘contraband’ economy is just one example of many that reinforce the call for flexibility [with the rules],” he said.

You read that right: Children are running black markets in school cafeterias to get around government regulations.

Despite the government’s best efforts to dictate … well, everything … the invisible hand of the free market is alive and well in the heart of our nation’s dependency culture.  And I find that comforting …

Too much salt is bad for you – and Michelle Obama should be commended for using her platform as first lady to advance that view.  But crossing the line from advocacy to prohibition is once again proving problematic.

As much as government wishes it could regulate individual behavior … it just can’t.