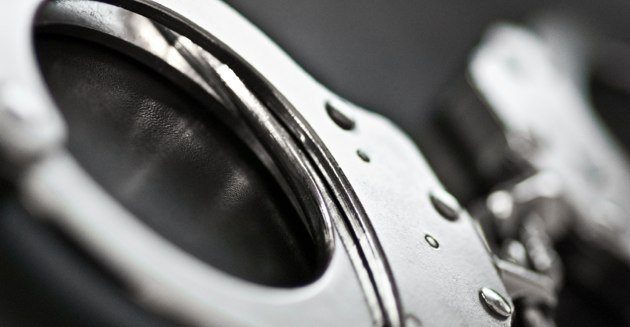 || By FITSNEWS || Dylann Storm Roof – the suspected perpetrator of the “Holy City Massacre” – has reportedly been arrested by law enforcement officers in Shelby, N.C., a town of roughly 20,000 people located near the South Carolina border north of Spartanburg.

Roof, 21, of Columbia, S.C., was wanted in connection with the murder of nine people (including S.C. Senator Clementa Pinckney) in a savage attack at the historic Mother Emanuel AME Church in downtown Charleston, S.C.

According to the S.C. State Law Enforcement Division (SLED), Roof has two prior arrests on his record – a late February drug charge in Lexington County, S.C. (which resulted in him being briefly jailed) and an April trespassing charge which was awaiting disposition.

Roof’s drug charge was for the manufacture and possession of a controlled substance known as Suboxone.

According to the arrest warrant on the February charge (.pdf here), store owners at Columbiana mall in northwest Columbia, S.C. complained about Roof’s behavior inside the shopping center to police – prompting law enforcement to question him.  After consenting to being searched, police found a “white unlabeled pill bottle containing multiple orange in color strips.”

Roof admitted he did not have a prescription for the substance – which is used to treat heroin addiction.

According to police in Charleston, Roof entered the church at around 8:00 p.m. EDT and sat with Pinckney (Emanuel’s pastor) and his fellow parishioners – who were participating in a Bible study/ prayer meeting.

“I have to do it,” Roof allegedly told his victims as he reloaded his weapon. “You rape our women and you’re taking over our country.  And you have to go.”

Pinckney, his sister and seven others died.  According to S.C. Senator Gerald Malloy, Pinckney’s wife and one of his children were present in the church at the time of the massacre.

Video/photos of the arrest are being put up on the internet now.

Nice catch. Kenny Powers had that chick with the nice rack.

Hopefully this horrific act causes Charleston leaders to crack down on its out of control crime problem. But SC prisons and jails stay overcrowded already. No wonder the injustice system keeps turning violence offenders loose on probation.

No problem. As soon as Lexington County gives us a list of all their little POS hate-laden bastard white kids, we’ll make sure not to let them into town.

It must really suck to be an ignorant white trash POS like you.

How exactly is a some whackjob from Lexington who drives down to assassinate black folks a Charleston crime problem?

North Carolina officials will hold a briefing “soon.” — According to WBTV

Obama has fractured this country in so many ways, its going to take decades to get it back.

Shut up asshole. This was a racist little punk. Just like you – moron. Little American White ISIS kid. The only people fracturing anything around here are racist little goobs like yourself. Please do me and those of us in the Low Country a favor, stay in Lexington.

Why don’t you reply with me anymore.Don’t you love me?We are always together.After all I’m just another one of your personalities.LMAO!!!!!

I got tired of using Trojan man condoms. Can’t we just do bare?

Were the black thugs who killed the lady in the bakery last year members of ISIS?

So Obama did it, right?

The true face of terrorism…white Americans… nationally & internationally. Albeit.. unknowingly puppets of the Jewish cabal.

That is why it is one of the twenty fastest growing metropolitan areas in the country. Yogi Berra says “So many people are moving there, that no one wants to live there any more.”

The county probably has higher EBT allowances than the surrounding counties.

I was hoping the little bastard would resisted arrest, and shot to death while being apprehended.

No. As much as our human nature wants to see him suffer and perhaps get the death penalty, we need to try to find out what went wrong in this young man’s life. I suspect severe untreated mental illness. South Carolina has next to nothing in the way of mental health facilities.

That’s true of almost every state in the US. This country’s mental health “system” (not that it’s even really a system) is broken, but the mentally ill has very little in the way of constituency with our brilliant elected officials, so most nuts get whatever little treatment and meds they receive through our local jail system. B-R-O-K-E-N…

Exactly. After they have committed a crime.

I was thinking things went wrong when his mom had a live birth on the day he was born. How much better if Mother Nature had seen to it he was stillborn.

From the news reports, he bounced from school to school. When and why did his emotional instability begin?

No, it will be a lot better for the world to see the perp walk, hear his lame excuses for his evil behavior and see him thrown into jail until he’s carried out later in a box.

Why no black dialect from you today Colonel? Can’t you figure out a way to use utes,,rayciss, screets, and dat in your posts on this topic? I know you can if you try.

I never use “black dialect”, I do use the word “utes” but since you apparently have never seen the movie “My Cousin Vinnie” you probably aren’t aware that the “two utes” in question were white kids. I did once throw in a “strait down da skreet” when being trolled and that’s where you can take your bovine excreta, “strait down da skreet”

Hmm, you used the term inner city utes in comments on an article relating to black people. You used “strait down da skreet” in the comments section of a bogus story about HUD forcing the states to move minorities (black people) into white neighborhoods; and if that was not bad enough, it was in response to a question about where to get fried chicken. So this response sir is bovine excreta.

I use “utes” to refer to youths of all colors, creeds and denominations all the time and I told you that I used “skrait down da skreet” the other day in response to a troll post from SCBlues – so once again, take a long walk off a short pier.

Terry you stupid ass, he used a term from the movie “My Cousin Vinnie”, talking about youths get it youths and he never even used the word. He said it when he used it, told you many times since, and including just now, yet your are to ignorant to take the time to read it or look it up. “Nope this is what I think so it must be true” Terry you are just as bad as what you wrongfully accused him of being.

Save your breath…you can’t fix trolls who see racism at every turn.

Charleston Shooting: What They’re Not Telling You …. a must watch .>>> https://www.youtube.com/watch?v=RsTykXcyLXQ

Heck, they gave him a gun.

@FITS – get us some info on life of this mass murderer.

It’s wonderful that black people aren’t racist toward white people. They are so warm and welcoming when a white person strolls through their all black neighborhoods or businesses.

Obozo is speaking. Sheeshus does he look and sound lost. I think he is on drugs.

No, he simply reflected what we already know based on the suspects own statements – it was race related – “Raping our women and taking over. You have to go.”

He’s a sick puppy, the racists are normal and the victims are racist in his world. Thank God the FBI is watching him.

He did not call him a freedom fighter.

I hear he considers himself transracial and identifies himself as black, so there is no hate crime, it’s just more black on black crime. News trucks are packing up and heading home.

That argument is as solid as a sink strainer. Good job there. Just like every legal gun owner is a murderer. So proud of u.

He can’t think beyond broken arguments.

How does a snot nose 9th grade drop out get a gun, apparently a very good gun, make his way to downtown Charleston, drive right up to perhaps the best known most well respected AME Church in downtown Charleston but not known to many outside of the area, walk in at the precise time that a prominent African American State Senator is leading a prayer group with his sister in attendance, fire off multiple rounds, calmly walk out and drive away

Nope, something is amiss – hope the boys and girls in blue figure it out soon

There’s a conspiracy nut on every corner these days.

Daddy gave him the gun, his nut right-wing hate friends gave him the directions to the Church. After that, he likely took US1 to I-26, then continued east on I-26 and exited to downtown. He likely took the Meeting Street exit, drove down Meeting and turned left onto Calhoun, (probably read it to say Kill Coon) and then parked on the side, walked in and killed them after sitting with them a spell. Just conjecture, but that would about do it. But I see you’re point, he had some help – eh? No doubt. Kid didn’t look like he could laid in a whorehouse let alone figure all this out by himself. But who knows, maybe Grand Tango’s been coaching him.