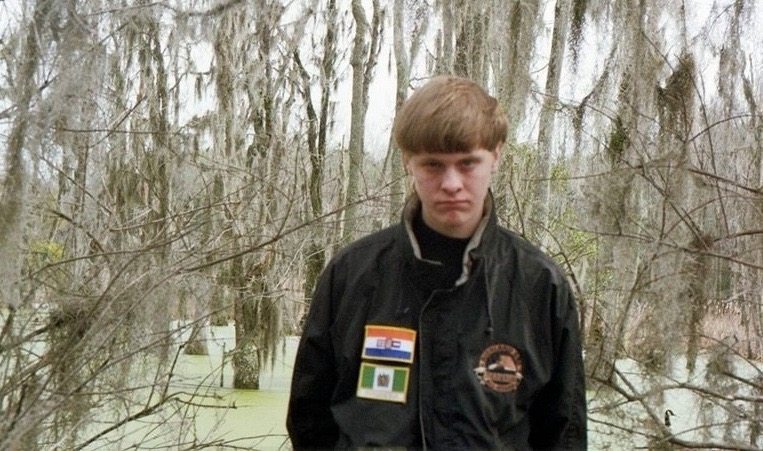 || By FITSNEWS || The suspect in one of America’s deadliest church murders has been identified as 21-year-old Dylann Storm Roof of Columbia, S.C.

Roof was named by the Federal Bureau of Investigation (FBI) as the suspect in the massacre at Mother Emanuel AME Church in Charleston, S.C. that left nine people dead including the church’s pastor – S.C. Senator Clementa Pinckney – and his sister.

According to the S.C. State Law Enforcement Division (SLED), Roof has two recent arrests on his record – a late February drug charge in Lexington County, S.C. (which resulted in him being briefly jailed) and an April trespassing charge which was awaiting disposition.

Roof’s drug charge was for the manufacture and possession of a controlled substance known as Suboxone.

According to the arrest warrant (.pdf here), store owners at Columbiana mall in northwest Columbia, S.C. complained to police about Roof behaving erratically in their shopping center – prompting law enforcement to question him.  After consenting to being searched, police found a “white unlabeled pill bottle containing multiple orange in color strips.”

After being read his Miranda rights, Roof told police he had been given the Suboxone from a friend and did not have a prescription for the drug – which is used to treat heroin addiction.

As of this writing, Roof remains on the run from law enforcement.  He was last seen leaving the scene of the shooting in a late 1990s, early 2000s model Hyundai Elantra – with the license plate LGF 300. 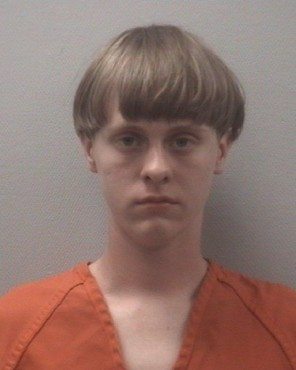 According to an interview Roof’s uncle gave to Reuters, Roof’s father gave him a .45 caliber pistol for his birthday earlier this year – although it’s not immediately clear whether this was the weapon used during the assault.

Roof’s Facebook page indicates he attended White Knoll High School in Lexington, S.C.  Many of his Facebook friends are black, although his profile picture – uploaded last last month – shows him wearing a jacket sporting the flags of apartheid-era South Africa and Rhodesia (a.k.a. Zimbabwe).

Police say Roof entered the church at around 8:00 p.m. EDT and sat with Pinckney and his fellow parishioners – who were participating in a Bible study/ prayer meeting.

“I have to do it,” Roof allegedly said while reloading his weapon, according to the secondhand report.  “You’re raping our women and taking over the country. You have to go.”