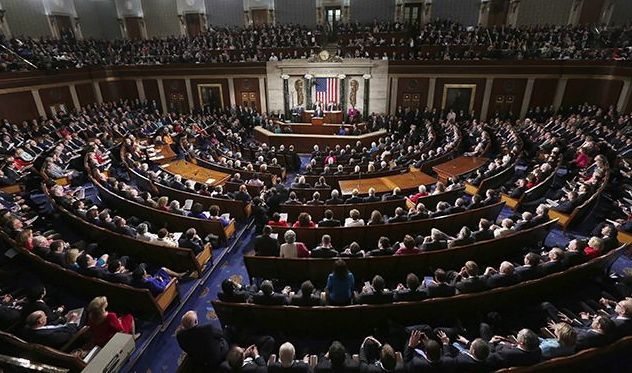 “WHO DOES CONGRESS TRUST?”

|| By RICK MANNING || The U.S. House is to vote on whether to give President Barack Obama fast track trade authority today.  However, before they vote, Republicans need to understand one thing: The deals they cut for negotiating objectives, increased transparency and immigration protections are meaningless.

The Australian Foreign Minister let the cat out of the bag when he admitted that the Trans-Pacific Partnership is just one week of negotiations away from completion. Anyone who thinks that President Obama is going to the other eleven nations and saying, “Whoa, I’ve made a promise to the Republicans in the U.S. Congress and we need to fix a few things” is willfully delusional.

What’s worse is that with the bill going back to the Senate, the price of the Ex-Im Bank reauthorization will be paid by Senate Leader Mitch McConnell and Speaker John Boehner to get it through. Sen. Maria Cantwell (D-WA) went to the White House earlier this week and made that demand, Politico reports. Her Senate colleagues will extract that price — and who knows what else — in exchange for their previously-negotiated votes.

On the other hand, House Democrats who are demanding TAA passage in exchange for their votes on fast track can take it to the bank that in the wheeling and dealing to get Republican support for fast track that promises were made to staunchly opposed Republicans that TAA is dead. On the Senate side, more than one Senator has privately indicated that a willingness to use the body’s unique rules to sideline a stand-alone TAA. Any Democrat making the assumption that the Republican controlled Congress will allow the program to continue is engaging in a true act of blind faith.

And any lawmaker under the illusion that Congress will defeat a fast tracked Trans-Pacific Partnership once the treaty is presented (whenever that is) should realize that the lobbyist onslaught over the past week will only intensify during that period. Those same tassel-shoed corporate hucksters who have threatened to deny campaign cash over fast track will pull the same strings when it comes to TPP passage. Once that beast is fed, it never leaves the door.

Ultimately, however, the vote today comes down to: Who does Congress trust?

Do lawmakers trust President Obama to care about what they think in his last week of negotiating the Trans-Pacific Partnership? Do they believe that leaked immigration language will suddenly be scrubbed from the Trade in Services Agreement that is also nearing completion, all because a deal was cut to get a couple of House member’s votes? Do they believe President Obama when he says to Democrats that these trade deals are how he is going to make an end run around Republicans in Congress, while House Leadership says this is reining in his power?

Rick Manning is president of Americans for Limited Government.  Follow him on Twitter @RManning957.  This piece (reprinted with permission) originally appeared on Breitbart.