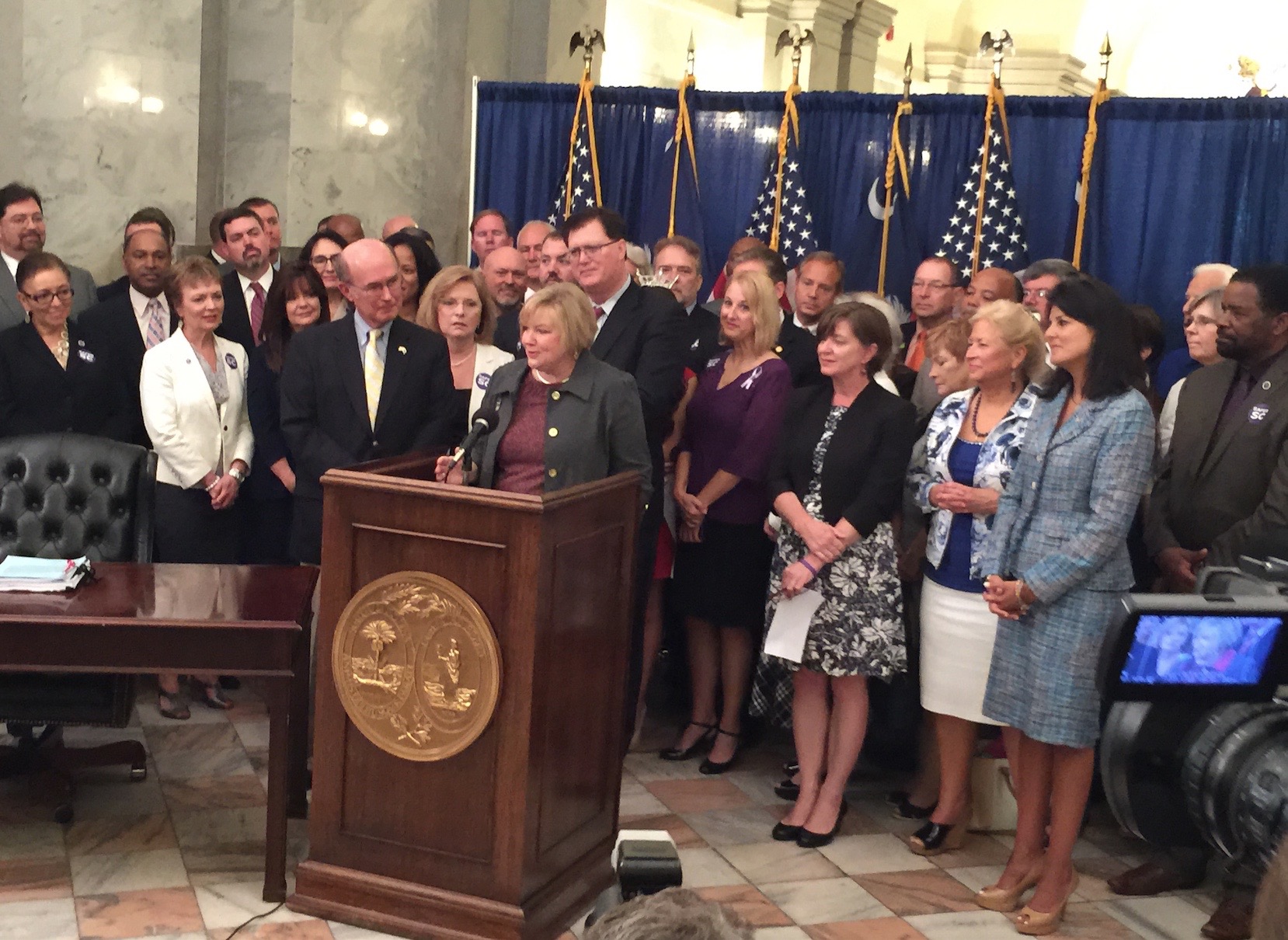 BUT WILL IT ACCOMPLISH ANYTHING?

|| By FITSNEWS || After months of contentious debate, S.C. governor Nikki Haley signed a so-called “criminal domestic violence” (CDV) reform bill into law this week … although we have doubts as to whether the new law will do anything to stem the tide of deadly violence in the Palmetto State.

In a statement hailing the bill’s signing, Wilson acknowledged its shortcomings.

“While the bill is not perfect and is not the last measure of domestic violence reform needed, it is a giant first step in combatting domestic violence,” Wilson said.  “I look forward to working with Gov. Haley and members of the General Assembly in the future to take the additional steps necessary to further combat this heinous crime in South Carolina.”

Curiously, the most contentious issue attending the CDV debate this year was the right of convicted offenders to possess firearms – which is a totally superfluous issue seeing as federal law already bans firearm possession by any CDV offender (a ban we view as unconstitutional).

In other words, state “leaders” wasted tons of time on a totally meaningless issue …

The CDV debate at the S.C. State House was nasty this year – as we chronicled in this exclusive report.  It was also a source of repeated embarrassment for the “Republican” party (see HERE, HERE, HERE and HERE).

Was it worth it?

This law?  It’s an excuse for a political circle jerk … yet another example of “reform in name only.”