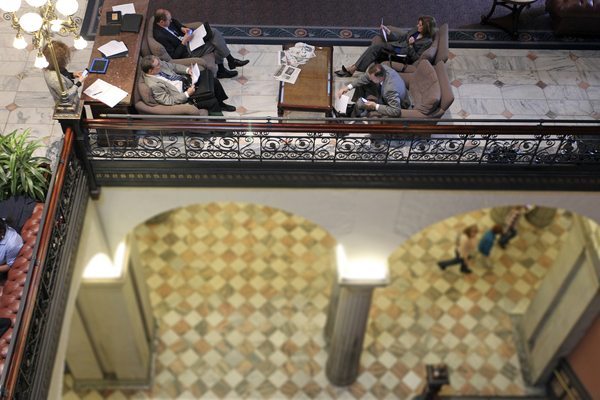 HOW ONE “BUSINESS ADVOCACY” GROUP DETERMINES ITS POSITIONS …

|| By FITSNEWS ||  Years ago this website exposed the so-called S.C. Business and Industry Political Education Committee (SC BIPEC) for shamelessly kowtowing to liberal leaders in the S.C. General Assembly.

The group – which claims to be about “promoting and protecting the free, private and competitive enterprise system through research and education” – is in reality the very worst sort of special interest shill.  Just this year, for example, we exposed efforts by its leader – Tom DeLoach – to bully lawmakers into supporting a crony capitalist handout masquerading as a free market reform.

Now we see the flip side of the coin …

According to an email exchange obtained by FITS, DeLoach openly admitted to a rival what motivates his organization to assign so-called “business positive” or “business negative” ratings.  You know … aside from his desire to curry favor with big-spending politicians.

In discussing a related liquor bill – one supported by the state’s wholesalers – DeLoach discusses his rationale for assigning the legislation a forthcoming “business negative” rating.

“SC BIPEC is similar to most associations in that we represent our Members and their respective perspectives,” he wrote.  “No wine and spirit wholesalers are a member.”

In other words if your organization is a member of DeLoach’s group, “business positive” or “business negative” labels seem ready to be assigned or withheld to various pieces of legislation as needed.

Obviously that’s something lawmakers should bear in mind when SC BIPEC releases its “rankings.”

As for the liquor legislation at the heart of all the cantankerousness, we will continue advancing the position opposed by all of the special interests – namely that government has no business regulating this industry in the first place.