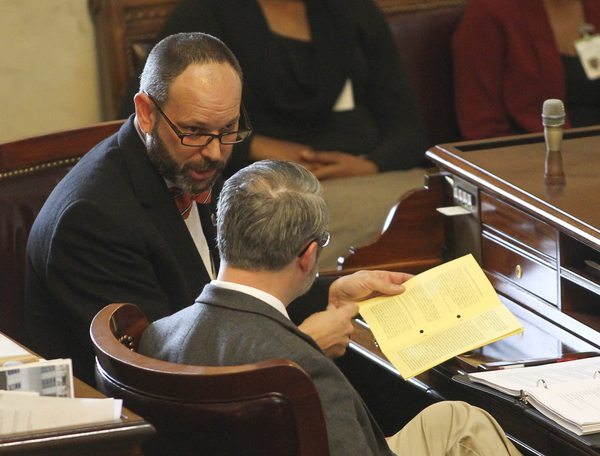 || By FITSNEWS || The S.C. House of Representatives wants to spend $400 million in surplus funds provided by Palmetto State taxpayers on “infrastructure and debt reduction.”  Oh, and a handout to a Chinese billionaire negotiated by governor Nikki Haley.

Brian White – chairman of the House’s budget-writing committee – announced his plan for the surplus funding this week after it passed his panel by a unanimous 23-0 vote.

“The Ways and Means committee funded $220 million in infrastructure, expanded tax credits for the education of special needs children and paid down additional debt,” White said.

State Senators have argued all of the money should go to road repairs.

Included in that debt?  The money Haley needed in order to keep her promise to carmaker Volvo, which is set to receive more than $120 million in up-front “economic development” incentives from taxpayers.

(To read our exclusive report on that cluster, CLICK HERE).

Haley has blasted lawmakers for borrowing money this year – even though she signed off on even bigger borrowing bills in the past.  And even though she is tapping out the state’s existing borrowing capacity to effectively bribe Volvo to come to Berkeley County, S.C.

Questioned this week regarding her hypocrisy on the issue, Haley pointed the finger of blame at Volvo – saying the carmaker (owned by Chinese billionaire Li Shufu) insisted on the incentives.

And so at a time when key infrastructure needs continue to go unmet, taxpayers will be shelling out $70 million to build Volvo its own interstate exit.

“This funding builds a path from our existing interstate system to Volvo’s facility,” a release from White’s ways and means committee noted.

Haley had claimed she could pull off the Volvo deal without legislative support, but according to one of our sources in state government that would have meant paying up to $86 million in interest on a $123 million loan.

We continue to oppose such handouts on principle … and because they haven’t worked.

South Carolina’s best bet is to start making itself more competitive on the tax front … not continuing to drain taxpayers in the quest of government-subsidized “economic development.”

“Uber” Obstacles To The Free Market