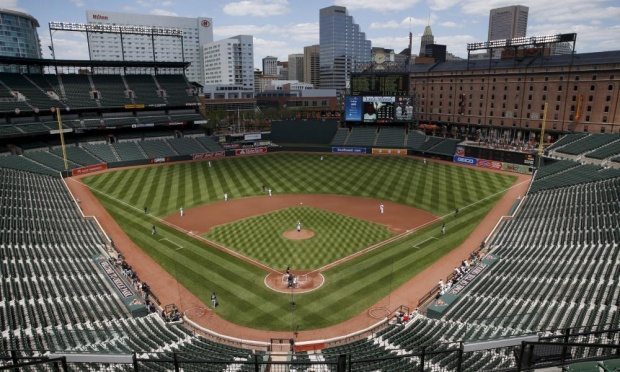 || By FITSNEWS ||  There is nothing more American than baseball.  It’s not a sport, it’s our national pastime – an institution with a soul, a cadence, a respect and a tradition unique to the history of what was once the greatest country on the planet.  Ever.

It is our game … something we should cherish with our children.  Something that should remind us of what it means to be a child.  Something that ought to invoke the elegant baritone of James Earl Jones telling us that while our country has “rolled by like an army of steamrollers … erased like a blackboard, rebuilt and erased again,” baseball has endured.

Or the magnetic prose of the late A. Bartlett Giamatti, the former commissioner who stood up for the game’s integrity while penning poetic lines about how we rely on it to “keep the memory of sunshine and high skies alive.”

But then something changed.  In 1994, a strike over money cost us the World Series.  Only the second time that had ever happened – and the first time in nine decades.  In the years that followed we witnessed the steroids era – where cheaters like Barry Bonds and Alex Rodriguez stained the game with their drug-enhanced performances.  And their bald-faced lies.

And now?  Now we have Oriole Park at Camden Yards – a facility our founding editor marveled at on a visit way back in 1992 (its inaugural season).  The park – with its retro stands, cobblestone bullpen paths and imposing warehouse facade in right field – was full on that cool fall afternoon.  A near capacity crowd.  Cal Ripken, Jr. was at shortstop – playing in one of his record-breaking 2,632 consecutive major league games.

That’s because the game played there on that date – an 8-2 victory for the hometown Baltimore Orioles over the visiting Chicago White Sox – occurred against the backdrop of the Baltimore riots, an outpouring of violence caused by police mistreatment of black suspects.

Or by outsourcing.  Or by poverty.

It all depends who you ask these days, doesn’t it?

In addition to the cancellations and the “empty stadium” game, the Orioles weekend series against the Tampa Bay Rays was moved out of town … over fear for the safety of players and fans.

WWHCD, people?  (What Would Harry Caray Do?)

Or better yet, WWWFAHCD?  (What Would Will Ferrell As Harry Caray Do?)

But more to the point …

Is this America?  Do we seriously live in a country where multi-million dollar athletes play games in empty stadiums guarded by military humvees because marauding gangs of thugs pose such a threat to public safety?

And that’s not a commentary on baseball, people … well, not for the most part.  Plenty of players have let us down, for sure.  And the game’s leadership hasn’t been the same since Giamatti died.  But more than anything else, what happened at Oriole Park this week is commentary on a country that’s turned its back on everything it fundamentally needs to be great … everything that was once so essential to its national fabric.

Baltimore’s empty park is the latest, starkest visible manifestation of a downslide everyone knows is happening – yet doesn’t want to admit.  The failure of a dream that was in the whites of the eyes of the Roanoke settlers, the nerves of the signers of the Declaration of Independence, the beating heart of Teddy Roosevelt, the principled standoffishness of Calvin Coolidge, the tousled hair of JFK, the eloquent, non-violent dignity of MLK and the thumb drive of Edward Snowden.

And yes, it was there in the sweet swing of Ken Griffey, Jr. – whose remarkable 56 home runs in 1998 were overshadowed by the steroid-enhanced totals put up by Mark McGwire and Sammy Sosa.  And Griffey did it while doubling as the best defensive center fielder in the game.

Baseball is – as countless writers have expressed – a symbol of the greatness America once embodied, and could embody again if its people only summoned the courage to hold their governments, their corporations, their fourth estate – and each other accountable.

Baseball is that reminder.  That challenge.  The true expression of that three word manifesto hijacked by our current “leader.”  Yes we can, the game tells us.

But on this day, there was no one there to see or hear the message.