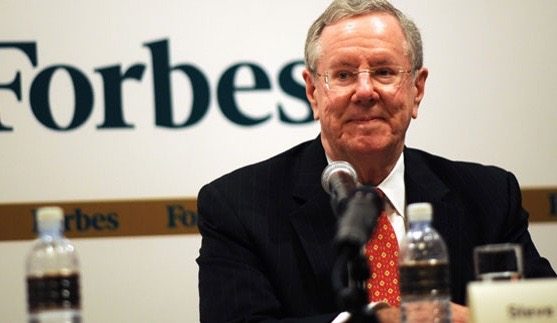 || By STEVE FORBES ||  Taxes are on almost everyone’s mind the middle of April, but this year many South Carolinians are not thinking about income tax.  They are concerned about a new tax the state legislature wants to impose on cellphone users to fund subsidies for politically connected phone companies that provide an outdated service to a minority of South Carolina subscribers.  And with just a few weeks left in the legislative session, this ill-conceived assault on consumers is still very much alive in Columbia.

You have probably heard about this tax hike proposal.  It is Senate Bill 277, a piece of special interest legislation that would tax mobile phone subscribers to underwrite landline phone service for the ever-declining number of South Carolinians who choose to use that older technology.

That’s an understandably hard pill to swallow for many cellphone users, as landline providers already receive about $40 million a year in taxpayer-funded state subsidies, on top of an estimated $100 million annually given to them by a similar federal program.

If that doesn’t sound right to you, just wait, there’s more!  The phone companies which receive these very significant sums of public money have never even been asked to demonstrate a need for government assistance to keep landlines going, and would not be required to do so by the new tax plan.

This is not tax and spend government.  It’s tax and give it away, with little or nothing to show in return.

The existing state subsidy is funded by a tax on about a million landline customers in South Carolina, who’s numbers are shrinking every year as subscribers switch to newer communications tools.  S. 277 would target the 4.5 million cellphone users (who gain no benefit from the existence of landlines), adding an additional monthly tax to the state and local taxes,  municipal license tax, and federal USF charge that inflate their bills now.

I’m proud to serve on the board of directors of the National Taxpayers Union, an organization that advocates against unnecessary, unfair taxes like this cellphone tax proposal.  You can visit their website (www.ntu.org) and use the online action center to contact your South Carolina Senator and House member, to tell them that you expect them to stand up against this nonsensical new tax.

And don’t forget Gov. Nikki Haley as well.  There’s not much time left to stop S. 277 in the legislature.  Remind Governor Haley that she campaigned on conservative principles.  If this legislation does make it to her desk, her veto will prove that she intends to live up to her conservative words.  South Carolinians need that now more than ever.

Steve Forbes is the chairman and editor-in-chief of Forbes Media.