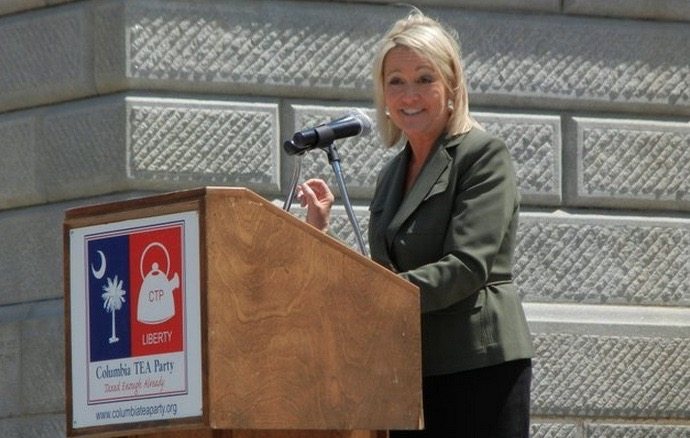 BILL INTENDED TO “SHUT DOWN DEBATE,” NOT “STOP CORRUPTION”

|| By FITSNEWS || We’ve been consistent over the last two years in our opposition to S.C. governor Nikki Haley‘s “ethics reform” proposals.  Why?  Obviously Haley is a hypocrite on this issue … but the real problem is that she’s been pushing a bad, bad law.  And lying about it to legislators.

Not only would the “ethics reform” bill Haley is pushing with S.C. Senator Larry Martin do nothing to reform the state’s corrupt system, it would actually impose fresh limitations on free speech.

All of which we wrote on extensively last year …

Why is Martin so adamant this law be passed?  Easy: A group affiliated with our founding editor targeted him for defeat back in 2012, and he’s still holding a grudge.

Pushing this angle in a recent column published by The Wall Street Journal is Ashley Landess – leader of the libertarian-leaning S.C. Policy Council think tank.

According to Landess’ column, the new ethics law “seems intended less to stop corruption than to shut down debate.”

“If this bill is passed, many will find themselves suddenly worried about crossing some arbitrary line. They may decide it’s easier to simply keep quiet,” she wrote. “And that is really the point of this kind of law – not to silence the left or the right, but to silence critics of those in power.  Republican lawmakers are driving the proposal, which is buried in a long and complicated ‘ethics’ package, and (Haley) is its biggest champion.  Democratic lawmakers, meanwhile, remain quietly compliant.”

Landess goes on to say that “the debate over campaign regulations is often viewed as an ideological one in which liberals oppose the influence of money in elections and conservatives argue for the protection of speech in politics.”

“As the case of Republican-dominated South Carolina amply demonstrates, however, state legislatures are happy to consider whatever regulations lawmakers think they can get away with—not for citizens’ protection but for their own,” she concluded.

Landess is correct: South Carolina’s current “ethics reform” proposals have nothing to do with cracking down on the rampant corruption that exists in the Palmetto State and everything to do with protecting those profiting from the corruption.

Props to her for calling them out …