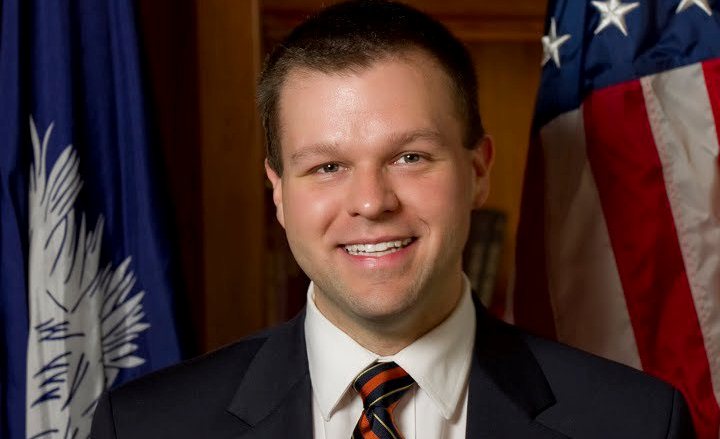 The video – obtained by FITS – purportedly depicts Kincannon conversing with an “unknown inmate” during his recent period of incarceration.

If the audio sounds familiar, it should … it comes from a “conversation” between Kincannon and his wife Ashely Griffith, which was published exclusively by FITS last week.

Kincannon is accused of grabbing his wife’s arm during a March 26 argument in their car, “squeezing it tightly, thus preventing her from exiting the vehicle.”  Griffith told police Kincannon threatened to kill her, himself and her family during the incident – threats he is accused of having made previously.

According to Kincannon, he “accidentally overdosed” on the prescription drug Benzonatate – which he says he took to deal with an upper respiratory infection.

Kincannon and Griffith have separated in the wake of the incident, however they issued a joint statement last week saying they would not be “voluntarily participating in any further inquiries” related to the incident – nor “testifying in any court proceedings related to this matter.”

During a court appearance this week, Kincannon was released on a $5,000 bond.

“It’s funny because it’s racist, like me!” one of our sources said, mimicking Kincannon.

So … why are we still writing about this guy?  Well, Kincannon’s deliberately provocative social media presence has made him a high-value target among those in the “progressive” movement – who have been gleefully monitoring his latest troubles.