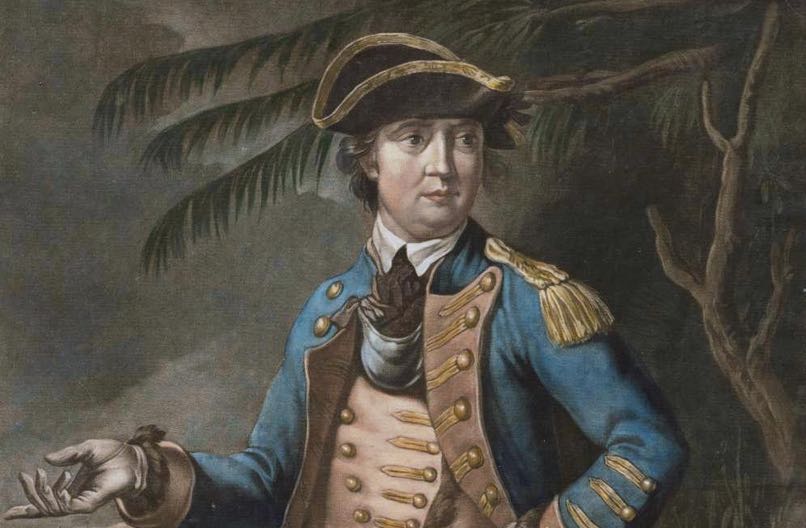 THE UNTOLD STORY OF BENEDICT ARNOLD …

|| By BECKY AKERS || Like most of the world, the Austrian parliament is furious over the National Security Agency’s “eavesdrop[ping] on people abroad”—so furious that all six of its political parties “signed on to a motion against illegal surveillance.”

“While the motion is largely symbolic, legislators say they hope it sends a message that Austria will not put up with it,” Sputnik News reported.

Austria’s army is tiny, with only 25,963 “military personnel” against the United States’ 1.4-million-man force.  Still, I found myself wishing those livid legislators would do something about their rage.  Imagine Austrian troops advancing on the NSA’s behemoth in Bluffdale, Utah!

Does that fantasy make me unpatriotic?

Germans faced a similar conundrum during World War II.  Were those who protested Adolf Hitler’s aggression or the Gestapo’s brutality unpatriotic?  What about those who sought help from Britain (then at war with Germany) to topple the Nazis’ government?

We languish under a regime that forces us to re-examine notions of “patriotism.”  Presuming that loyalty to one’s country is a virtue, to what or whom do we owe allegiance?  The politicians and bureaucrats who rule us?  Our form of government, which the Constitution established as a representative republic but Progressives have degraded into democracy?  Or to that quintessential American goal, political liberty?

Edward Snowden defined “patriotism” as “the idea that one rises to act on behalf of one’s country … that’s distinct from acting to benefit the government—a distinction that’s increasingly lost today.  You’re not patriotic just because you back whoever’s in power … or their policies.”

Precisely because he didn’t “back whoever’s in power … or their policies,” Snowden has earned some Americans’ disgust.  Though he warned them of the NSA’s depredations against them, they deride him as a Benedict Arnold.

And they’re right, though not for the reasons they think. Benedict Arnold also refused to “back whoever’s in power … or their policies.”  That makes the American Revolution’s most notorious traitor an exceptional hero, one whose story you never learned in high school.

When the war began, Arnold was a wealthy merchant in New Haven, Connecticut, and a captain in its militia.  As soon as he learned of the Revolution’s first skirmishes at Lexington and Concord, he marched his troops to Massachusetts.

Arnold seems to have been born with more martial skills than most folks ever learn, and those catapulted him up the Continental Army’s ranks.  During the next two-and-a-half years, Arnold won astounding victories with poorly trained, often outnumbered farmers and shopkeepers against the professional Redcoats of the British Army.  His last such triumph, at Saratoga, New York, ranks among the world’s most influential battles.  The United States would probably not exist but for the American success at Saratoga; Arnold’s leadership ensured that success.

Yet within eighteen months of this momentous victory, Arnold opened secret negotiations with the British.  Why?

Most historians echo Arnold’s contemporary political enemies and blame his treason on outsized greed.  But the facts disagree.  Arnold lost money—lots of it—by switching sides.  He was also a generous man all his life, supporting children the war had orphaned and pressing money into destitute veterans’ hands.

So if he didn’t turn his coat for money, why did he?

For the answer, let’s ride to Philadelphia with General Arnold.  We’re in a carriage rather than on horseback because Saratoga’s triumph cost Arnold his leg: it was so badly wounded he’s crippled for life.  Because he can no longer command in the field, General George Washington’s appointed him military governor of Philadelphia.

But the City of Brotherly Love seethes with hatred.  The British Army retreated only hours ago after nine months’ occupation—and it leaves devastation in its wake: neither officers nor men scrupled to damage rebels’ property.  Many Patriots had fled the Army’s advent; now, they’re returning with Arnold to behold their ravaged homes for the first time.  Other residents, some too old or ill to move, had remained in the city; of necessity, they “collaborated” with the Redcoats.  Their cooperation ranged from mere obedience to the King’s decrees on pain of arrest (or worse) to selling food and other supplies to the enemy.  Some even wined and dined the British—happily, too.

Nobody likes collaborators, especially when one’s house lies in ruins while theirs don’t.  Waiting to exploit this bitterness was a political party known as the Radical Patriots.

Completely forgotten now, the Radicals were as powerful then as Democrats and Republicans are today.  Their ideology was similar, too: the Radicals loved Big Government—so long as they ran it.  Indeed, while ordinary Patriots fought to live free of government’s smothering regulations and cronyism, the Radicals set wages and prices, tried to legislate morals, and established dozens of “Committees” (the 18th-century term for “bureaucracies”).  Nor did they tolerate protest: they exiled many dissidents and even hanged a few.

The Radicals had seized power in Philadelphia during the war’s early days, gone undergone with the British occupation, and now re-emerged stronger than ever.  But they were about to collide with Major General Benedict Arnold.

Arnold watched aghast as politicians who’d never lifted a musket against the British Empire destroyed the liberty bought with his blood.  He flouted their edicts, ridiculed their manufacturing of “British sympathizers” to persecute (boy, would Arnold laugh about the “terrorists” the Feds invent today!), and tried to protect the Radicals’ victims.  With other Patriots, including several signers of the Declaration of Independence, he even literally battled the Radicals in Philadelphia’s streets.

Arnold finally appealed to Congress for help.  But Radical influence had spread beyond Pennsylvania; their emphasis on “virtue” enticed New England’s Puritan delegates.  Instead of reining in the Radicals, Congress investigated Arnold.

You needed less foresight than blessed Benedict Arnold to realize that if the Patriots won the war and Congress ruled the new nation, Americans would suffer worse tyranny than King George III ever inflicted.  No wonder Arnold turned to his former enemy, the British Army, as the only agency willing and able to vanquish the Radicals.

From there, Arnold’s story becomes as exciting as any spy novel—which is why I turned it into one!  A beautiful but treacherous wife, coded letters, profound passion and even deeper betrayal, breathtaking chases and near-misses will enthrall you as Arnold agonizingly chooses liberty over “patriotism.”  Hurry: I’m offering the Kindle version of my historical thriller, Abducting Arnold, at half-price to FITSNEWS’ readers!

Becky Akers has written two novels of the American Revolution, Abducting Arnold and Halestorm. E-copies of both are now half-price for readers of FITSNEWS.