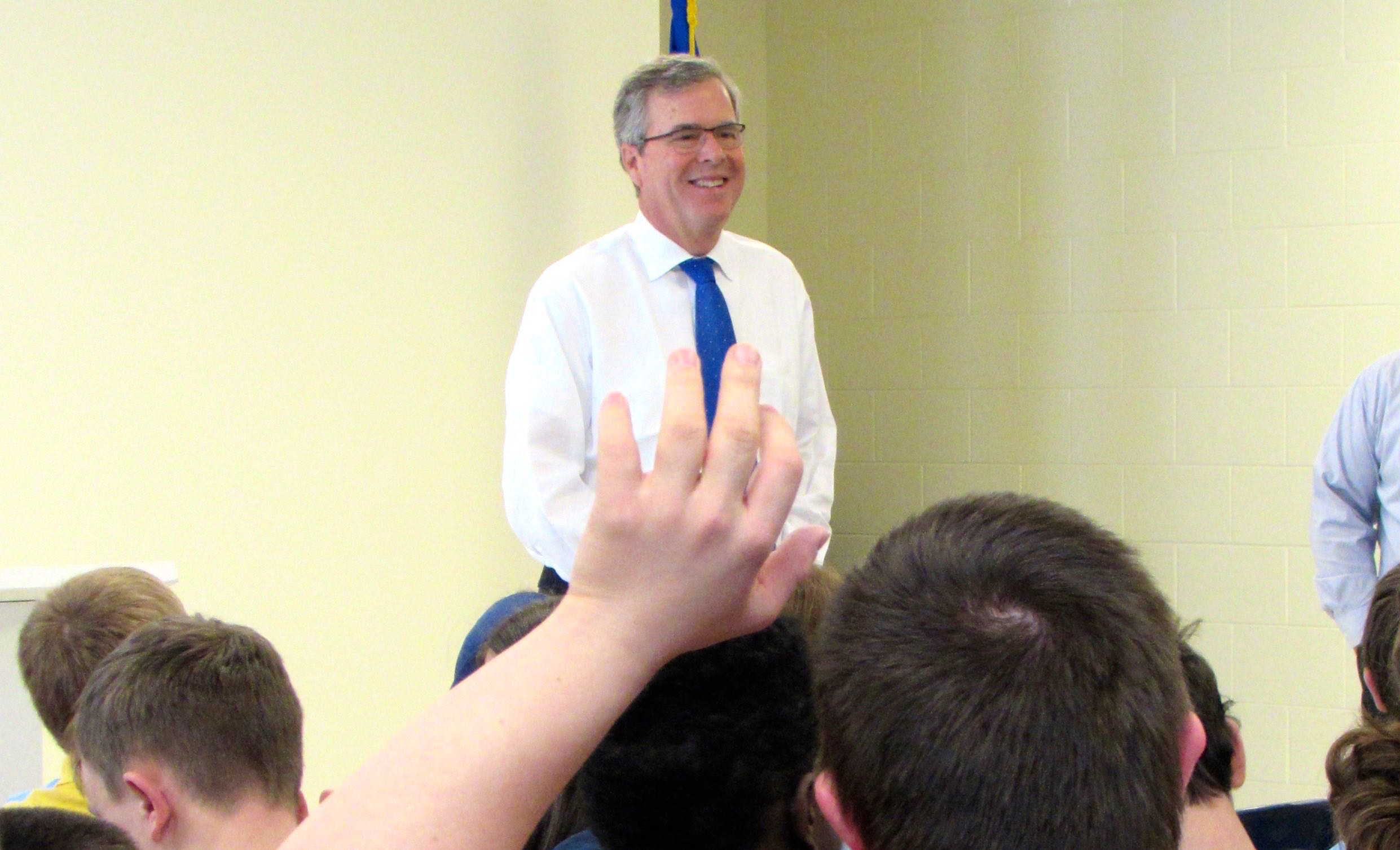 || By FITSNEWS || This website will not be endorsing former Florida governor Jeb Bush‘s bid for the presidency.  In fact, we’ve been ripping him pretty relentlessly as his “Republican” establishment candidacy ramps up.

But this week, it’s time to give credit where credit is due.

Say what you want about Bush (and we’ve said plenty), but there’s absolutely no disputing the fact that during his tenure as governor of Florida from 1999-2007 – he embraced parental choice more aggressively (and successfully) than any other governor in America.

Bush blasted the government-run status quo in his state as “politicized, unionized monopolies” – and embarked on a bold reform agenda designed to simultaneously loosen their stranglehold and empower parents.  In other words he did exactly what South Carolina should have done years ago.

The results?  They speak for themselves …

“In 1998, Black students in South Carolina significantly outscored those in Florida in reading,” a 2013 report found. ” In 2011, Florida’s Black fourth graders were reading a full grade level ahead of their South Carolina peers.”

It’s hard to argue with those numbers … unless of course it’s your job to fight choice.  But as we’ve noted, even hardened anti-reform bureaucrats see the light … when it’s their kid’s future on the line.

Anyway, during his trip to South Carolina this week Bush paid a visit to Hidden Treasure – a Christian special needs school based in Greenville, S.C.  FITS readers may remember this school – as we profiled it back in 2013 as part of our “Miracle Factories” series.

At Hidden Treasure, Bush specifically praised South Carolina’s “Educational Credits for Exceptional Needs Students” program – a small, special needs only scholarship program – as an example of school choice providing real results for disabled children and their families at a fraction of the cost incurred by traditional public schools.

He even helped hand out scholarship checks to several students …

“One of the scholarship recipients eagerly rushed to hug Bush, eliciting a storm of clapping and cheers,” a source at the event told FITS.

Following the ceremony, Bush toured the school – visiting with staff and answering questions from students.

“Throughout the tour, Bush made himself very approachable to the children; posing for pictures on cell phones and iPads, asking them about their assignments, and even answering one student’s question about whether he could speak Spanish,” our source says.

He has many faults, but there can be no denying Bush is a school choice champion – a visionary politician who recognized the essential nature of free market reform in improving academic outcomes (and individual lives).  His visit to Hidden Treasure – and his endorsement of South Carolina’s school choice program – should serve notice to Palmetto State lawmakers currently “debating” the expansion of market forces.

And to Bush’s fellow 2016 presidential contenders …

After all, if the candidate viewed by many as the most liberal, pro-establishment “Republican” in the race supports choice … why can’t they?

No state in America needs market-based academic reforms more desperately than South Carolina – and the people of the Palmetto State clearly want these reforms.

“If our state ever hopes to achieve real economic progress (as opposed to bribing companies to come here with your tax dollars), then South Carolina’s future generations can no longer be held hostage by our failed ‘one size fits none’ government education system,” we wrote last week.  “That means our leaders must – at long last – start putting the needs of individual children first, not continue bowing down to the bureaucrats holding all of us back.”

Bush recognized that in Florida … and his state is better off as a result. 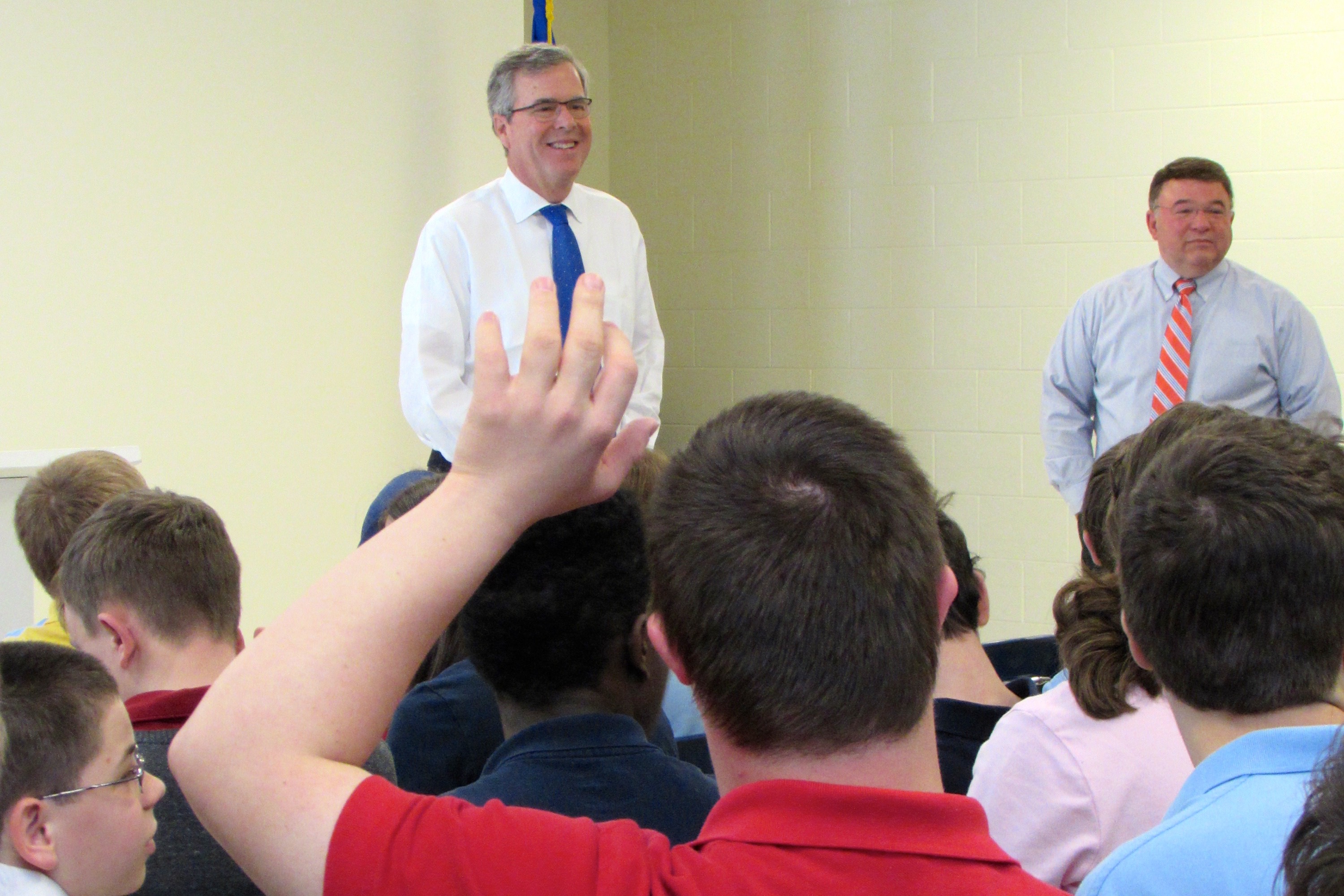 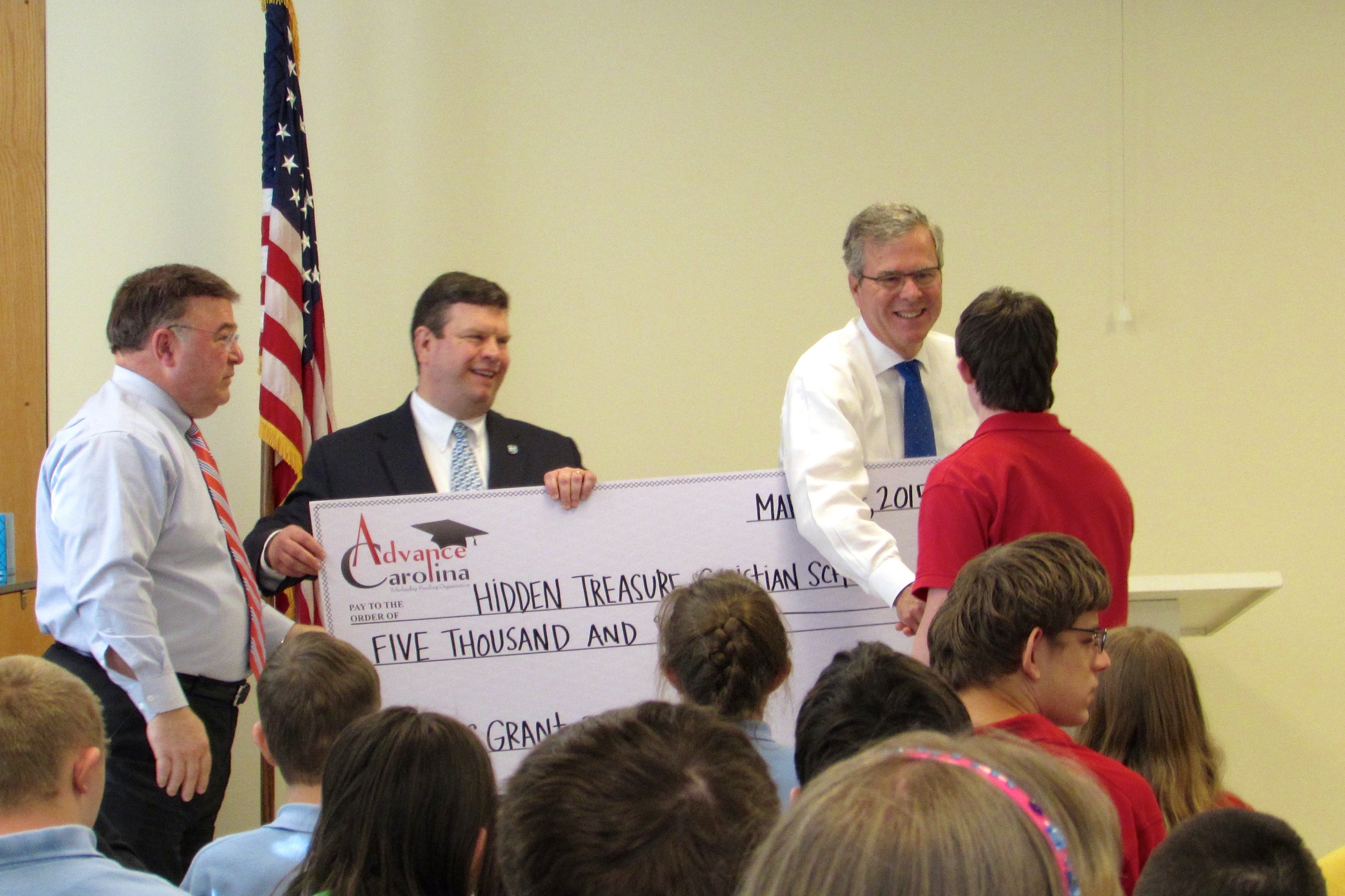 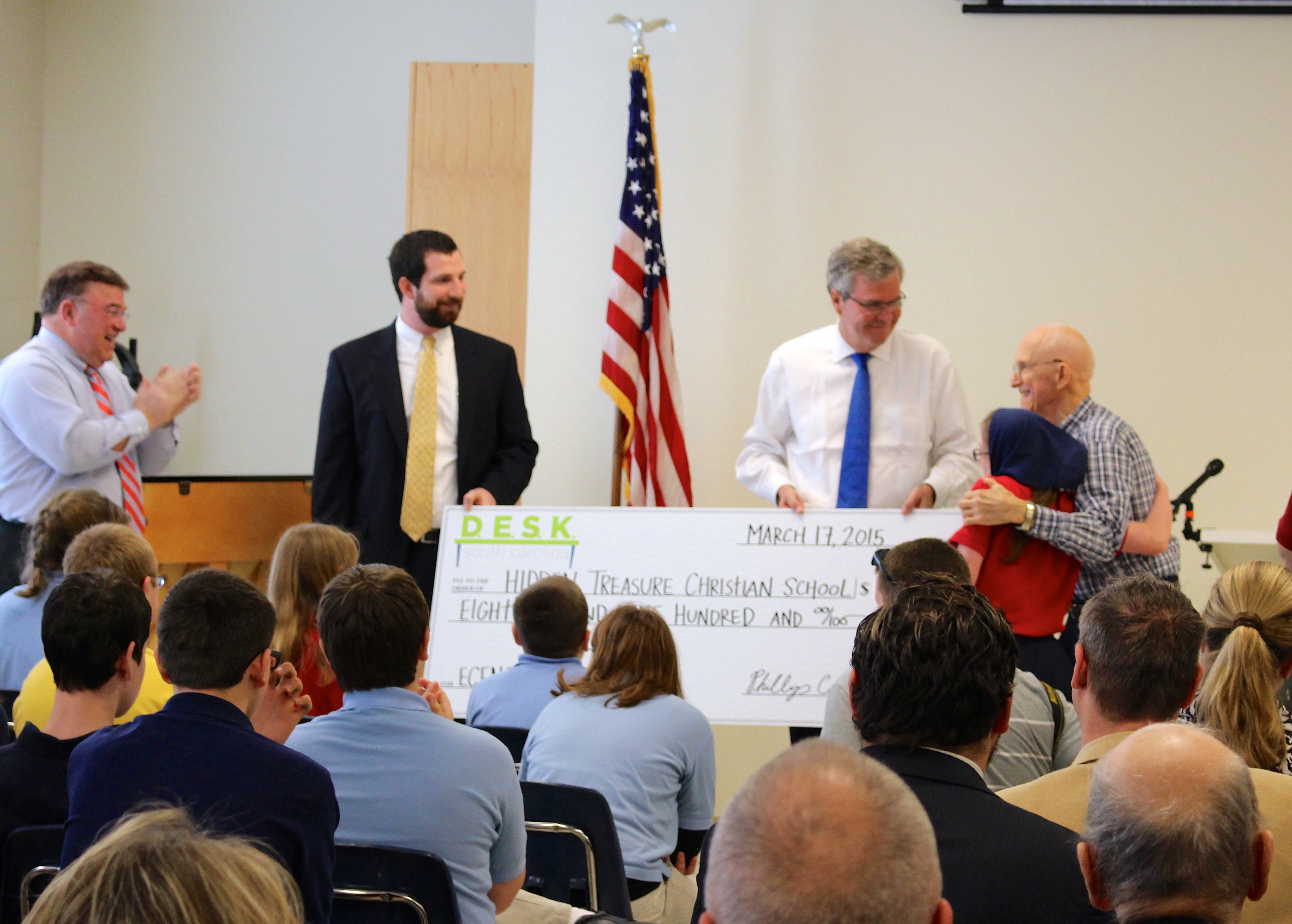 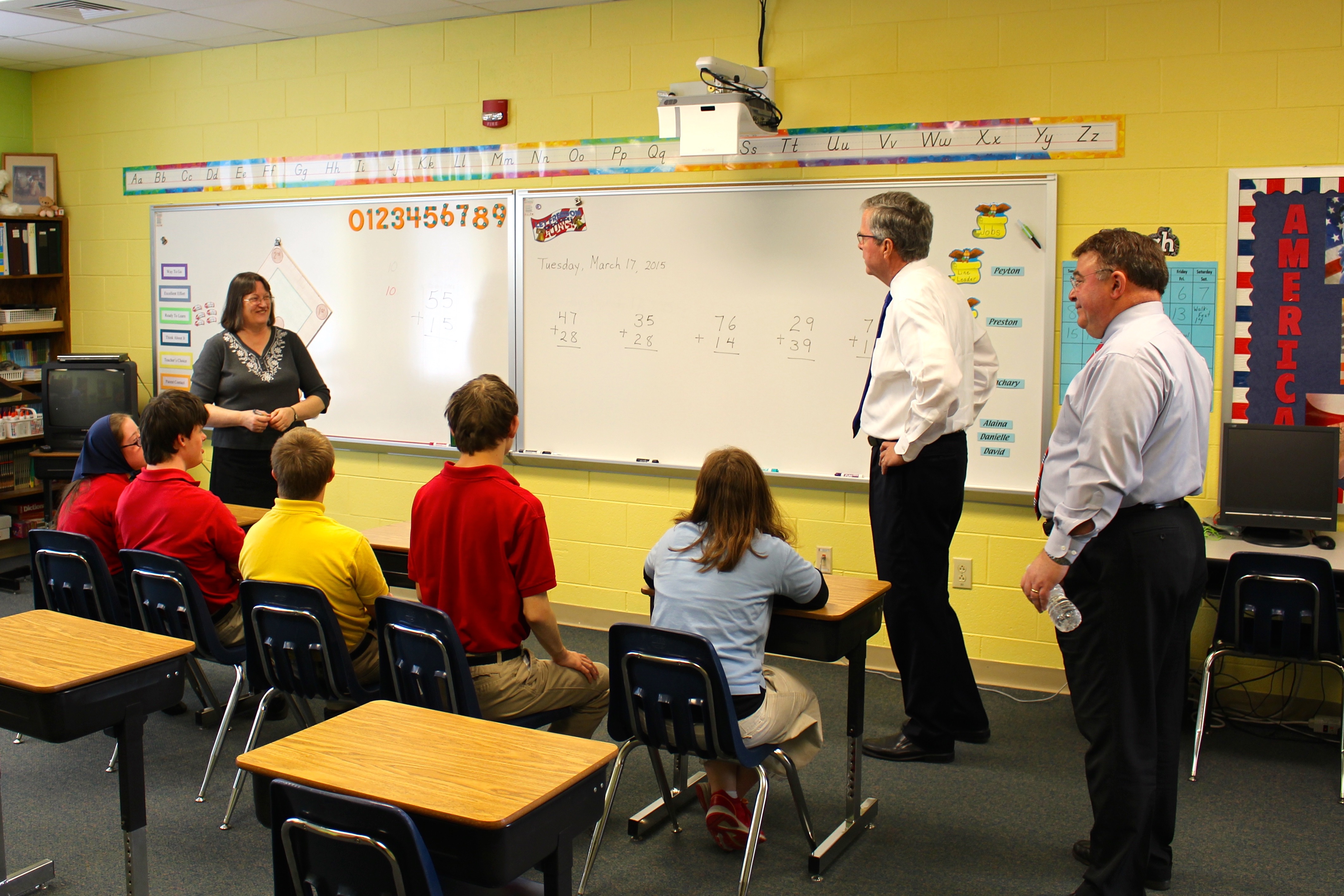 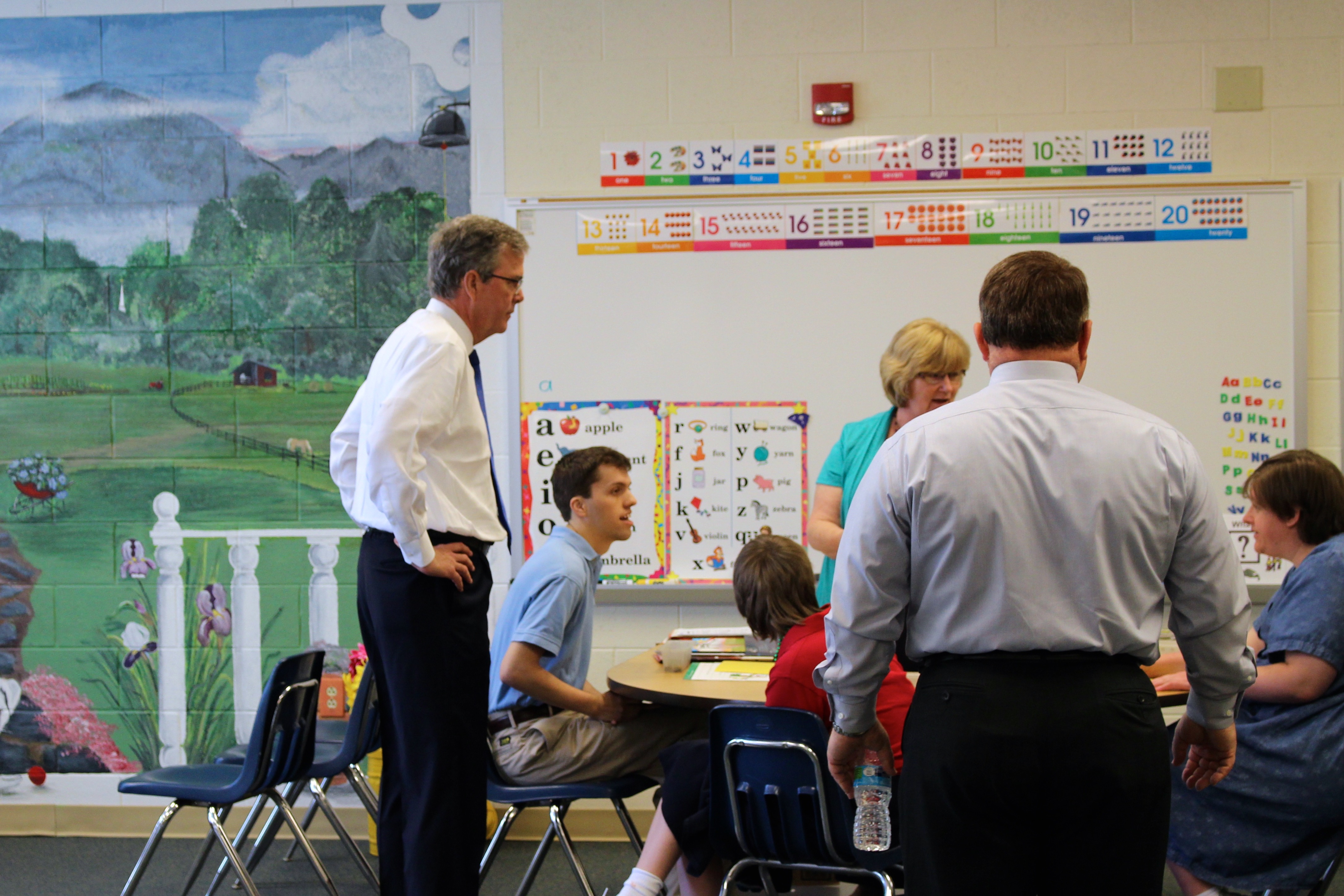 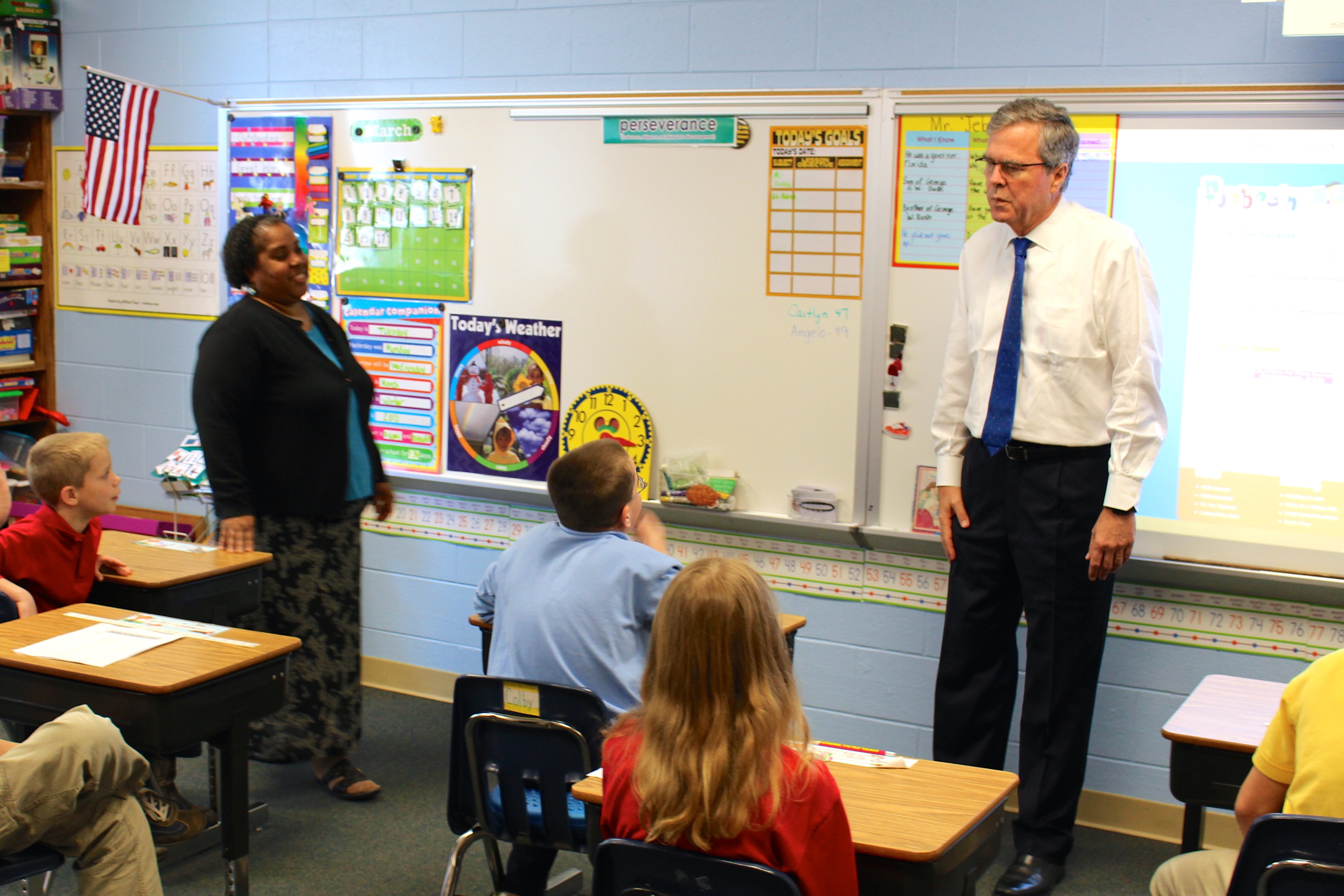 Donald Trump: Fit As A Fiddle

monkey with a tin cup

Still NOTHING on Bibi’s SWEEPING win…LMAO…

Don’t feel bad, FITS, The White House – and Obama – are wiping S#!t off their faces today, too…

Nothing like HATRED for the Jews that bonds, Liberals, Liberal-Tarains and Murderous Islamic Terrorists…

I bet Hitler is crying for you, from his grave, too….LMAO…Tough break…Hahahaha..

How are things in Israel today? I’m assuming you are an Israeli, because you love that place way more than you love the USA.

No. You’re just a normal, garden variety bigot. No more, no less.

Au contraire: You, Iran – and Obama – hate Jews…I believe in their right to live in peace…

You. Iran – and Obama – want them blown off the face of the earth…

You are the CLASSIC Bigot…

Yes sir GT.Obama tried to install another progressive radical MUSLIM lover and was rejected.Sad day when the arab countries stand with Israel and Iman Obama sides with ISIS.

Move to Israel. I bet everyone here would chip in to buy you a one way plane ticket.

You understand Israel is a country of 8 million people, $235 billion economy (just a little bigger than Alabama), and a huge investor in solar power, with single-payer universal healthcare. Right?

CLASSIC: You ALWAYS flee from what you are…when it manifests…

Bet you always love the part of the movie where the Jewish council goes to Pilate and asks him to murder Jesus. Why do you hate Jesus? I don’t understand.

No, Jesus was Jesus, the son of God, who the Israeli’s rushed off to his death. Why do you hate Jesus so much? Explain it to me.

It may be a good idea for you to go READ the Bible, before trying to use it to judge other people…

PS: Didn’t the Democrats voice-vote God out of your Platform at the 2012 DNC???…You are like some fanatical nutjob fundamentalist…trying to use the Bible to attack the people you hate..

“…trying to use the Bible to attack the people you hate…” Sounds a lot like like what liberals typically accuse conservatives of doing. Thank you for revealing who, and what, you are.

There’s a big difference in using it for guidance, as we do…and hating The Bible, except when you can try to use it to manipulate, as you do…

I don’t think you remember that I’ve already owned you on this topic. You were reduced to bringing up all sorts of irrelevancies in order run from the truth. Care to explain how I’ve ever used it to manipulate?

Forgive me for not know that you “owned” me…
I usually don’t read past your first sentence. I’ve come to learn how irrelevant it is.
About all you ever do is regurgitate what I said about you, proudly acting as if you created it…..or you just cut and paste something from the DNC and CNN…LMAO…and present it as original…

Taking the obfuscation route again I see. I’m just SHOCKED that you decided to ignore my question.

You’ve already tried to make this argument before, that I’m irrelevant. Yet you couldn’t possibly know this if you don’t read what I post. So you’re either a liar or unfit to respond to anything that I said.

If by “regurgitate” what you say, you mean that I quote you to use your words against, guilty as charged. That’s because you always convict yourself of being what you say that you hate by the things you say. I just point out your hypocrisy. I don’t pretend to be bringing out some grand original thoughts (like you falsely claim to), I just point out who you really are and try to run from. The bottom line is that you are a profane menace who ignores the Bible when it comes to personal conduct and you aren’t effective at anything except making a mockery of yourself.

And as of today, Hillary in polls still double digits over every GOP contender. Double digits. 15% as a matter of fact. See ya – dumb@$$.

I bet you were sure BiBi would lose, too…Hahahahah…

No, having been to the country I never doubted for a minute his ability to make a comeback.

But you see, no one really cares about Bibi. It’s not like he’s involved in the Iran talks, massive trade with the US or helping create more jobs in the booming US economy. So his people are faced with inflation and high costs of housing. Tough cookies for them. Back here we have 5.6% unemployment, gas below $2.50 a gallon, booming stock market, low inflation. Life’s good. Funny, a meaningless election in a country the size of Charlotte makes you all giddy, yet great news back here in the Obama-conomy makes you jump up and down like an idiot. Odd behavior my good friend. Odd indeed.

You cared when Bibi dressed down Obama in the US Congress.

David Axelrod was in Israel? Didn’t know that. Can you provide the link to the picture of David Axelrod working in Israel this week? Or anyone else from the White House? I bet you can’t find one. Anyway, back to work in the booming Obama-conomy.

Jeremy Bird, the architect of Obama’s grass-roots and online organizing efforts behind both of Obama’s presidential campaigns, was dispatched to Israel to help defeat Netanyahu….

Dispatched? I think the real story is was hired by opposition. You do realize that after elections the gurus (who are consultants) continue to have their private companies and clients. It’s called Free Market – something you apparently are against. So you hate Jesus and Free Markets.

Always fleeing from what you are…why am I not surprised….

If you think the unemployment rate is 5.6% I have a bridge to sell you.

You won’t support him because he won’t pay you, like this season’s new butt buddy Donald.

Politically find myself between the devil and the deep blue sea

Will go with Jeb as long as he does not choose Ms. Muffinburger as running mate

It is absolutely not hard to argue with those numbers. There is absolutely no evidence Florida public funding of private education program had anything to do with the improvement in the performance of Florida children. Their public schools are better than our public schools. That is all the evidence shows. Persons who support the public funding of private education do not want to design tests to determine the effect public funding has on private schools. Because every time they have, as in Wisconsin, There was no correlation between the two. Students moved to private schools under a voucher program did not perform any better than they did in public school, and in many cases their performance deteriorated.

The problem with those looking for public funding of private schools, is they are not really interested in improving education in SC. They just want state money We need to improve education in this state, not just come up with a way to funnel money to people who are in private schools already.

Of course Jeb supports public taxpayer money going to charter and private schools…it’s the kind of crony capitalism that supports the kinds of educational curriculum companies owned by Rupert Murdoch and the Kochs.
And, hasn’t his S & L scandalized brother Neil been involved in selling testing materials to private and charter schools?
It’s all a racket to make money one way or another, like that charter school woman in Lee County who just got convicted in federal court.

Keep running stories like this that expose the hypocrisy of Libertarian ideology and more and more people will realize that Libertarianism is above all, in the Ayn Randian ideal, about businesses having the freedom and liberty to screw over their customers and employees and communities any way they want.