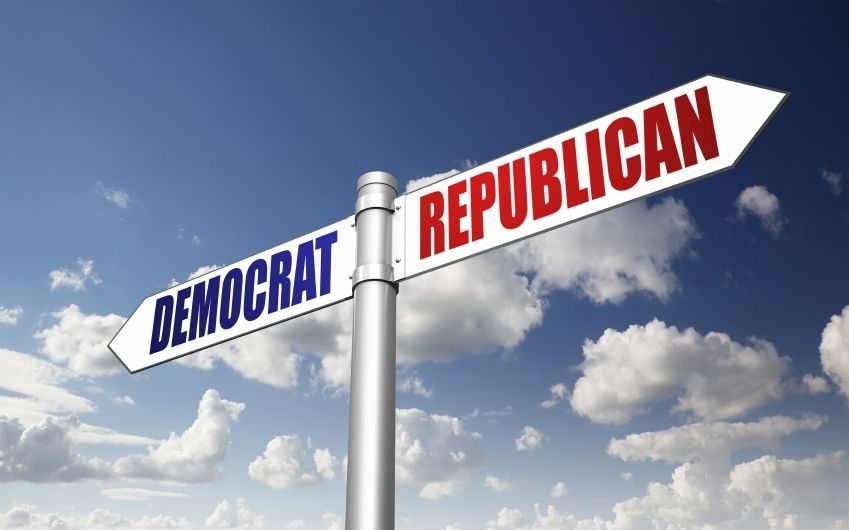 CHANNEL RESOURCES TOWARD GOOD CANDIDATES INSTEAD

Dear Editor: For years, many of us have shown up at precinct reorganization meetings, paid our dues and traveled across the state as convention delegates. But how much impact has our participation in local political party organizations really made here in the South Carolina Upstate, or in Washington, D.C.?

What exactly is the purpose of the political party in South Carolina today?  Are there not more effective means of political activism?  For all the meetings and activities required for party participation, there seems to be very little time and energy left to focus on important local, state and national issues.

Elected officials should be held accountable at the voting booth, but local and state political parties have virtually no involvement or control in their own party primary elections here in South Carolina.

If political parties suddenly ceased to exist, wouldn’t the same incumbents continue to be re-elected, as some have for decades?  Would things really get much worse?

When U.S. Rep. Trey Gowdy was elected to replace Bob Inglis in the historic 2010 elections, there was a thriving tea party movement in the Upstate.  It was rowdy, messy and disorganized but held together by common threads of limited government, free markets and individual liberty – not political party affiliation.

George Washington warned of the “continual mischiefs” and “frightful despotism” of the “spirit of party.”  He also said it was “the interest and duty of a wise people to discourage and restrain it.”

Today, most of us have the ability to research, identify and support like-minded candidates unimaginable to us even a decade ago.  Perhaps it’s time to channel our resources away from political parties and toward good candidates.  Conversely, we must put “term limits” on corruption and tyranny at the ballot box by any means necessary.  Loyalty to a political party makes the latter virtually impossible.

Robbie: Well said. And thank you for permitting FITS to run this letter.  As you probably know, you’re not the only one who feels this way.  Anyway, please feel free share your views with us anytime.

Vic Beasley May Not Have Been Delusional After All

No “Lifeboats” For Lawmakers

Why We Are Always Praising Mick Mulvaney

Great letter. The point is to keep the bar to entry in the political marketplace high. It’s a two party cartel.

We have two parties (and only two) here in the USA, so the voters think they have a choice. In SC, we give you the choice of Republican, Tea Party, RINO and ‘libertarian’. Choose wisely voters.

The point of having the Republican party is so sensible, intelligent voters can easily identify and ignore 1/2 of the potential candidates. And for the other voters to mindlessly and ignorantly vote for anything with an (R) after it.

I no longer care about the D or R – what I want to know is the candidate. Most are to cowardly to come forward and use the money flowing into either party to gain popularity. Happens both sides. Shame on us, Shame on the media, shame on the parties, shame on those who run on a liars platform.

Shame on us for allowing them to do so.

Channel resources toward good candidates instead. Couldn’t have said it better myself. If people thought more like that, then terrible people like Curtis Loftis couldn’t buy his office just because he has (R) next to his name. Well put.

“there was a thriving tea party movement in the Upstate. It was rowdy, messy and disorganized but held together by common threads of limited government, free markets and individual liberty – not political party affiliation.”

Except for the fact that the only candidate they will ever vote for must still have an “R” next to their name.

The Tea Party has turned from disappointing to an outright joke.

The tea party was founded and funded by Republican operatives as a way to boost Republican voter turn out. The Republican electorate was disillusioned after Bush. The tea party initiative played on traditional prejudices and fears among the far right (the blacks are taking over, they are going to take our guns, Christianity is under attack, The Muslims are coming for us , etc.) in order to energize them to get out and vote Republican.

Not all of us believed they must have an R by their name, there were many, like me, who hoped for a strong independent/libertarian. The Tea Party is a disappointment, but we still have common ground that I prefer to focus on. For example ” limited government and individual liberty.”

Unfortunately the Tea Party is becoming just another party, they are sparring for their spot. While noble in cause, evil in deed.

time to think about dong away with representation. delegates aren’t necessary when the people themselves are now capable of meeting virtually. we can propose, read and vote on legislation without representatives doing it for us. lots of flaws and potential for populist fervor, but we have that now. get rid of representation.

hey, you said it not me

Great article. The GOP is experiencing what the Dems experienced in their heyday–a groupthink, a herd mentality, be like everyone else and do not deviate from the bosses. At one time all solons were Dems. Now all solons are Repubs. The same probs are still around. The GOP does not have, for example, a Teamster problem but it does have other issues. Flannery O’Connery, the Southern writer, wrote a short story called “Everything that rises must converge.” Who will break out of the pack? Who will stand for ethics reform and devotion to the public they serve? who will be the first to stop the self-serving behavior that always ends up the same way–probes, indictments, and maybe prison. If you want to lose your heart and soul, get elected and go to Columbia.

(Slow clap, increasing in tempo, rising to a standing ovation)

Save the ovation, Robbie did do a good job. I hope he is serious about “individual rights” and believe he has good intentions.

Abolish the electoral college,then things will change,and it would scare the hell out of both ‘parties’ and their benefactors,who finance the D’s and the R’s.

‘Great nations are simply the operating fronts of behind-the-scenes, vastly ambitious individuals who had become so effectively powerful because of their ability to remain invisible while operating behind the national scenery.’

Oh 9″ you and your 9″ that is too much crap to read and while I believe Fuller is correct, his wording is horrible.

Simply said, ambitious individuals lead great nations, because they have the ability to mislead and remain hidden. – Crazy Yates

The reason we still need parties is illustrated by what the author did not say in this statement: “Today, most of us have the ability to research, identify, and support like-minded candidates…”

Yes, we have the ability, but rarely do voters avail themselves of those tools. Most folks on the right side of the political spectrum go through their day with work and getting kids to soccer practice and the dentist appointment and yada, yada, yada. Few have sufficient interest to do the research and read the story below the headline and dig beneath the soundbites to find the candidate that best reflects their views. The left has it easier, just vote for who the celebrities are enamored by or what the union boss tells you to do.

Party affiliation is the shortcut used by most voters to screen candidates and identify what someone stands for. Imperfect? You betcha! RINOs are the proof of the imperfection. But it is nevertheless the tool that is used, and it’s better than the alternative, which is walking into the voting booth and just randomly picking names (you know, like you do for school board candidates and other non-partisan races).

too lengthy – that is why no one replies.

Don’t embrace the system that allows for labels. Why label yourself, and make yourself an extremist for one side, or another? First, you must ask yourself who you are voting for. Is this Democrat, or this Republican being given campaign donations by the hundreds of thousands? Yes? Then why do you want those greedy scum (from both sides of the line I guarantee you that) to represent your interests? What you need to do, and what we all need to do, is to vote in our best interests. We cannot stand to vote for money, when there’s a good, well meaning man or woman or personal of no gender identity, black, white, Asian, etc. who is backed by no one but their own personal beliefs, and who truly do want to change. We have all of these legacy politicians like Graham, Loftis, Sanford, and others who are there because they have a fan base, and they know how to manipulate you into believing that they’re right. Why do you continue to vote for money? Why does the politician with the most money get to be our next senator, or our next governor, our next president? I’d like to see everyone who is vested in seeing our nation prosper again vote for the person who isn’t on television 24 times a day. I’d like to see you do some research into the donations being given to candidates. I’d like to see you throw away your labels, and act as PEOPLE for once in your lives. You’re all sickening to look at, and it’s because you actually believe the lies that you’re told. Why does someone HAVE to be Christian, faithful, married, and in a continuous rut for them to become a “successful politician”? Is it because you look at their mundane lives and say to yourself “He’s stuck just like me, he believes what I do on a religious, political, and social standpoint. I’m going to vote for them!” But that politician, that face you’re voting for, doesn’t really believe what they say. They believe in donors, of course, because that’s what gives them the ability to stay in power. They believe in campaign donations, because they spend between 50-90% of their time not legislating, but campaigning for donations. So really, why bother subscribing to these pandering figureheads who just want to make money? Why not vote for the guy who shares your core values, and isn’t asking for your money.

I write novels, but they’re from the heart.

I’m sure a lot of good stuff above, but lost interest after 1st paragraph. Sad to say, that is why most american are uneducated about politics. Who has the time to weed through the garbage?

Robbie and I have had horrible disagreements of the past only to find we had much in common. We don’t vote the same way, we don’t even agree on the same candidates, nor are we alike spiritually. But….we both want a better SC. I believe we agree on more freedom, less taxes, and individual rights. Thanks Robbie! Love the article.

I agree “it’s time to channel our resources away from political parties and toward good candidates. Conversely, we must put “term limits” on corruption and tyranny at the ballot box by any means necessary.”

I no longer consider myself tea party, republican, democrat or any other party. I am an Independent in its truest meaning. So fed up with lack of choices and more specifically the demands to make a choice when voting.

Lastly what about all those ridiculous ballot issues we vote on? Who even knows what the heck they are voting for based on the wording unless they have spent a tremendous amount of time researching? Sometimes it’s years to know what they are really asking. The Ballot questions are worded in a way to mislead – horrible mislead.