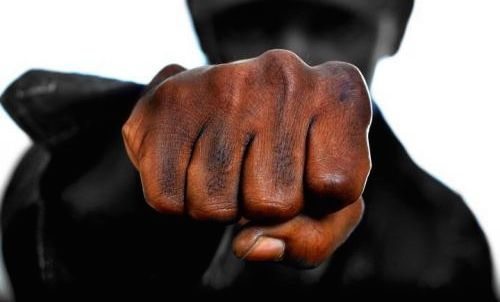 A Fairfield County (S.C.) councilman is refusing to repay taxpayers $26,806 in improper tuition reimbursements because … get this … only white people are complaining about it.  Mikel Trapp – who is black – says taxpayers will be reimbursed on the “first of never” for the expenses.

A member of the audience immediately challenged Trapp – who faces reelection next month – as to whether the ethnicity of his critics was really an issue.

“Yes it is,” Trapp fired back angrily.  “This county is sixty percent black in case you didn’t know.”

He later added that “surely a sixty percent black population if they had a problem they would come up here and let me know.”

Here’s a video of the exchange …

Trapp took the reimbursements to pursue a business degree at Columbia College.  In July 2013, though, he was informed by S.C. attorney general Alan Wilson‘s office that the payments were improper (duh).  Prior to his recent racist outburst earlier this month, he had been repaying taxpayers in the amount of $100 per month – which he is now refusing to do.