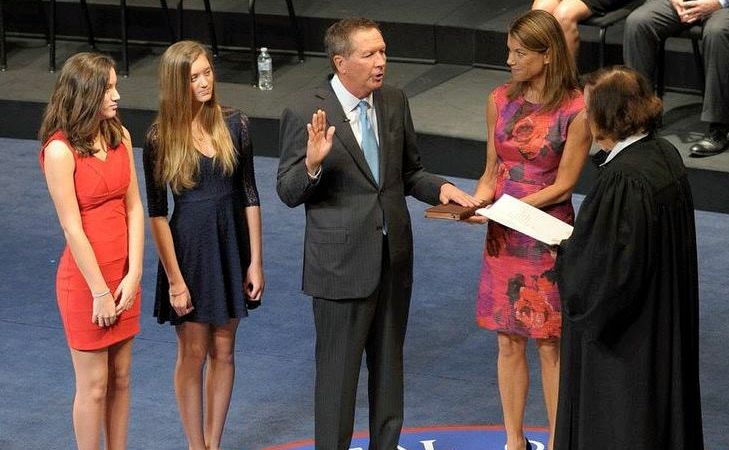 BUT WILL HIS “CONVERSION” SELL IN EARLY-VOTING SOUTH CAROLINA?

|| By FITSNEWS || Fiscally liberal Ohio governor John Kasich is heading to South Carolina … his first testing of the presidential waters in an early-voting state.

Kasich’s trip – first reported by The Washington Post – will take place on February 18-19 and will involve “private meeting(s) with state legislative leaders and party officials,” according to Post reporter Robert Costa.

Of course Costa also refers to Kasich as advancing a “hawkish brand of fiscal politics,” so what does he know?

Seriously … Kasich can only be described as “hawkish” if you have a time machine capable of taking you back to 1989.  That’s when he tried to push desperately needed entitlement reform through the U.S. Congress, when he fought to cut wasteful military spending and when he railed against the evils of corporate cronyism.

These days?  Kasich has become a “go along to get along” establishment politician – supporting tax swaps, “compassionate conservatism” (a.k.a. dependency incentivizing under a different name) and the Medicaid expansion accompanying Obamacare.

“The John Kasich of the 1990s was a perfect fit for the Tea Party GOP of today,” reporter W. James Antle III wrote for The Daily Beast last fall.  “In fact, he might have been well suited to mediate the disputes between libertarians, religious conservatives and national-security hawks now roiling the party.  So why does he instead sound like Jeb Bush or even Jon Huntsman, whose rhetoric was practically designed to distract voters from his past conservative accomplishments?”

Well, except it’s not just rhetoric.  Kasich did a 180-degree U-turn on policy and ideology … in the wrong direction.

Currently, Kasich is pimping a tax swap in Ohio that would shift the state’s revenues from income to consumption-based taxes.  It’s billed as a net tax cut of $500 million – but Ohio takes in nearly $30 billion in tax revenue a year.  Oh, and Kasich’s “cut” is far less than the $800 million surplus Ohio had last year.

The impact of Kasich’s plan on small businesses?  Eh … ninety percent of them would save less than a dollar a day.  Which isn’t much.  And certainly not enough to stimulate hiring.

Don’t get us wrong, we like tax cuts … but Kasich’s plan isn’t a cut, it’s a shift.  He’s not serious about cutting taxes because he no longer fundamentally believes in cutting government.

Is that a “hawkish” message?