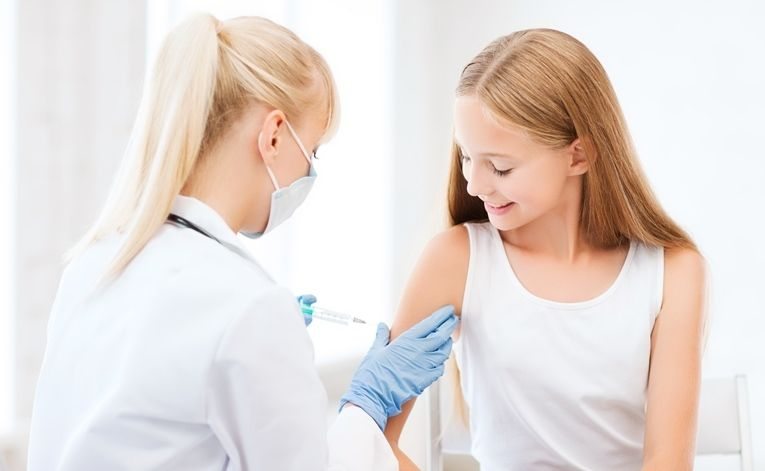 “STOP IGNORING THE FACTS AND VACCINATE YOUR CHILDREN”

|| By TAYLOR BROWN ||  The debate on whether or not to vaccinate your child is, hands down, one of the stupidest “arguments” in recent history.  What­ is even more stupid is that it has now become a political argument!  Keeping your children, and society in general, healthy has somehow become a litmus test to determine whether or not someone will be nominated for the 2016 election?  That is ridiculous.

First, let me say that Jenny McCarthy is a public health menace.  She and other “anti-vaxxers” are responsible, in part, for the preventable infections of 145,700 people, and the preventable deaths of 6,336 people.  McCarthy has argued that vaccinations lead to autism, and cites a study by Andrew Wakefield—the person who made the “link” of vaccines to autism.  Wakefield’s “study” has been disproven incontrovertibly time and time again and he lost his medical license due to professional misconduct.  I won’t waste my time even countering this argument because science has done it for me with studies involving millions of children.  If you still don’t believe me, check it out for yourself HERE!

This type of “McCarthyism” has largely been discounted by today’s anti-vaxxers.  They’ll by and large label her as an idiot, and to make their arguments seem more logical by comparison, but they’ve come up with even more reasons not to vaccinate.

Which I’ll now shoot down one by one …

FITS’ guest columnist Mande Wilkes‘ argument about skepticism – published here this week –  is the first point I’ll attack.  Yes, questioning rather than blindly following is healthy.  And while I don’t necessarily trust the government in every action, Wilkes is ignoring facts and mountains of evidence.  That’s not skepticism – it’s plain ignorance.

“Since 2006 big measles outbreaks have occurred in Bulgaria, France, Ukraine, Georgia and Turkey,” The Economist has stated. “France went from 40 cases in 2007 to 15,000 in 2011, an epidemic caused by parents failing to have their children jabbed.  Trust in vaccines appears to be tied to trust in government.”

Let’s move on to the “I know what’s best for my child!” argument.  While you may think you know what’s best for your child as their parent, do you have a degree in infectious diseases?  Do you understand the scientific explanation for why vaccinations are necessary other than some half-baked Jenny McCarthy argument?  Probably not.  And while there are risks involved in vaccinating, choosing to not vaccinate is far riskier.

Now, before anyone jumps all over me saying, “But Taylor! You don’t have a degree in infectious diseases, either!” let me say that is absolutely correct.  I don’t.  But I don’t go around making wild accusations about how diseases are basically poison that a doctor injects into a child …

Which brings me to the next anti-vax argument I’d like to shoot down.

Vaccines aren’t poison, you idiots.  They’re just not.  Vaccines are very safe and effective and this “poison” prevents children from getting many many different types of diseases which often to death.

“OK, well even if vaccines aren’t poison, the government definitely shouldn’t mandate that my child get vaccinated,” you may say.

I have found this argument most prevalent among “Libertarians” – including the founding editor of this website (who has now published three columns on this issue but has yet to substantively address it himself).

Let me address this.  Assuming you are a Libertarian, you probably ascribe to a non-aggression theory.  In other words you believe the only time the government should force a citizen to do something against their will is to prevent harm to another.  Do you not think an infectious disease qualifies as a possible harm to another?  If the government exercises its power in requiring vaccines, it is only doing so to prevent harm to others.

This is why drunk driving laws are necessary—your individual behavior can harm others, and so it needs to be limited.  This harm is fully preventable in the form of a vaccine.  My rights end where yours begin, and vice-versa.  Your rights end the moment you can catch polio, measles, mumps, etc. just from walking down the street or going to Disneyland.  And for the government to mandate a particular vaccine, the burden must be very, very high, which – and I’d say that burden has been met (and surpassed) in the recent measles outbreak.

This burden of necessity isn’t met, however, with regard to the HPV vaccine.  A behaviorally-transmitted disease fails to meet the above-described “non-aggression test.”

Others believe “Big Pharma” is making money off of vaccinating your children.  Again, this is false.  Do you really believe your child’s pediatrician is getting a bonus for every vaccine he gives?  “Oh yes, little Tommy here is in desperate need of the MMR shot,” the doctor says as he pictures the new Ferrari he’ll buy with the money you’re handing over. Nope. Not true.

Some parents argue “I’m not responsible for other people’s children,” well guess what: It’s not just your child for whom you’re making a decision. ­­ Your stupid and irresponsible decision not to vaccinate can affect other children who are too young, too sick (undergoing chemotherapy or radiation), allergic to any of the ingredients, have HIV, etc.  One hundred percent of the population cannot – for medical reasons – be vaccinated.  Herd immunity is a very real thing, and if you think your decision can’t affect others, you’re dumber than a box of rocks.

You have a duty to protect your children, and by extension, others who come into contact with your children. End of story.

No one wants to think that bad things will happen to them—bad things always happen to other people.  Not in this case.  Diseases don’t care who you are; how wealthy you are; what part of town you live in; what religion you are, what the color of your skin is; what political party you belong to.  Vaccinations are your child’s best defense against dying or suffering potential long-term damage to their health.  So stop ignoring the facts, and vaccinate your children.