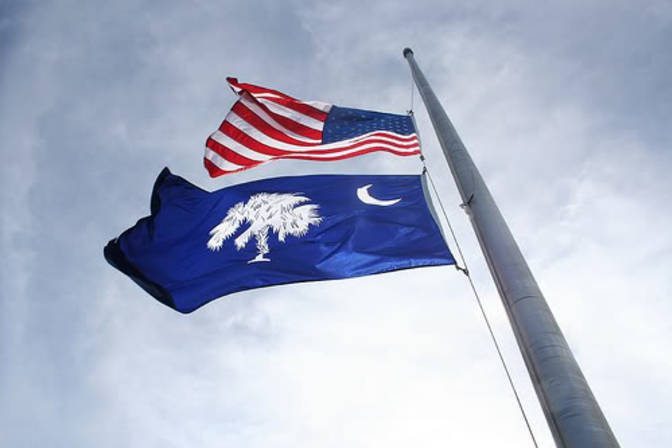 || By FITSNEWS || Richland County (S.C.) Democrats looking to reverse their party’s recent electoral fortunes have tapped a veteran operative to head up their organization.

The only problem? He comes with some serious baggage …

Jay Parmley – originally from Wyandotte, Oklahoma – was chosen to lead the Richland County party despite a 2012 scandal that cost him his job as the executive director of the North Carolina Democratic Party (NCDP).

In April 2012, Parmley resigned his North Carolina post after a former male staffer accused him of sexual harassment.  Specifically Parmley was accused of showing the staffer a picture of a male penis and making unwanted physical advances toward him.  The employee claims he was fired in retaliation for complaining about Parmley’s behavior.

As that scandal was in full swing, Parmley’s ex-girlfriend accused him of infecting her with HIV.

Parmley still found work despite the drama.  In fact he was hired by former Democratic National Committee (DNC) chairman Don Fowler as executive director of South Forward, a group devoted to revitalizing the Democratic party’s fortunes in the predominantly “Republican” south.

His latest post in South Carolina has made waves, though.

“It really upsets me,” one Democratic activist told FITS. “The crazies in the party love him – in a creepy cultish kind of way.  It really disgusts me.”

Parmley’s allies say his extensive experience makes him a good choice for the job – despite his past.

“Jay’s a great guy,” one of his Democratic allies told FITS, adding that he knows “how a county party should be run.”

Obviously we believe in second chances – and are more than willing to give Parmley the benefit of the doubt.  Having said that, our guess is “Republicans” in South Carolina are going to have a field day with his election.