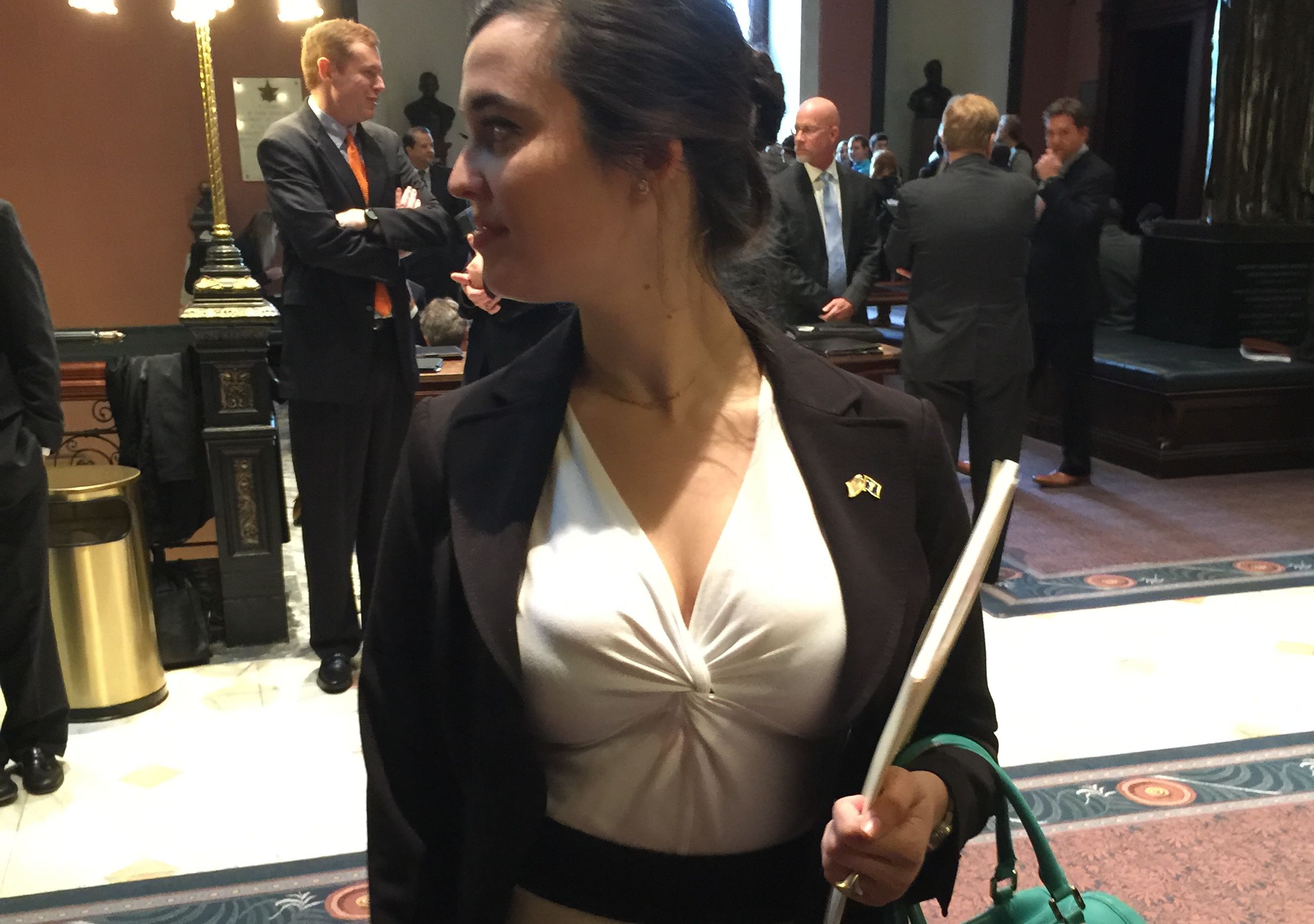 || By FITSNEWS ||  Our occasional columnist Taylor Brown – who approaches politics from a decidedly “Republican” perspective – caused quite a stir at the S.C. State House this week.

Taylor approached us with a desire to write a story on criminal domestic violence … work which took her under the State House dome and later (at the invitation of several lawmakers) to an after-hours event hosted by the S.C. House “Republican” Caucus.

Apparently several GOP lawmakers attending this event became extremely agitated at her presence – assuming she was there in her capacity as a “reporter” for this website.  In fact these angry lawmakers approached a caucus staffer and demanded Taylor be escorted out of the event.

That didn’t happen, thankfully … but sheesh.  Come on, guys.

Couple things to bear in mind: Taylor is a contributor on our site.  Her views are her own, and we do not attempt to mold them or censor them in any way, shape or form.  She is simply availing herself of our microphone to express her opinions – which are not necessarily aligned with ours.

(That reminds us … it bears repeating at this point that anyone advancing ideas in the Palmetto political universe is welcome to submit guest columns to FITS on issues that interest them.  We are more than happy to consider them for publication.  Want to share your column?  Email us HERE).

Look … we don’t expect petty, cranially challenged South Carolina lawmakers to make the distinction, but Taylor is her own woman expressing her own views on this website …. something our “leaders” are more than welcome to do in the event they summon the necessary courage (or ability).

SCDOT Screwing Over “Hundreds Of Municipalities”