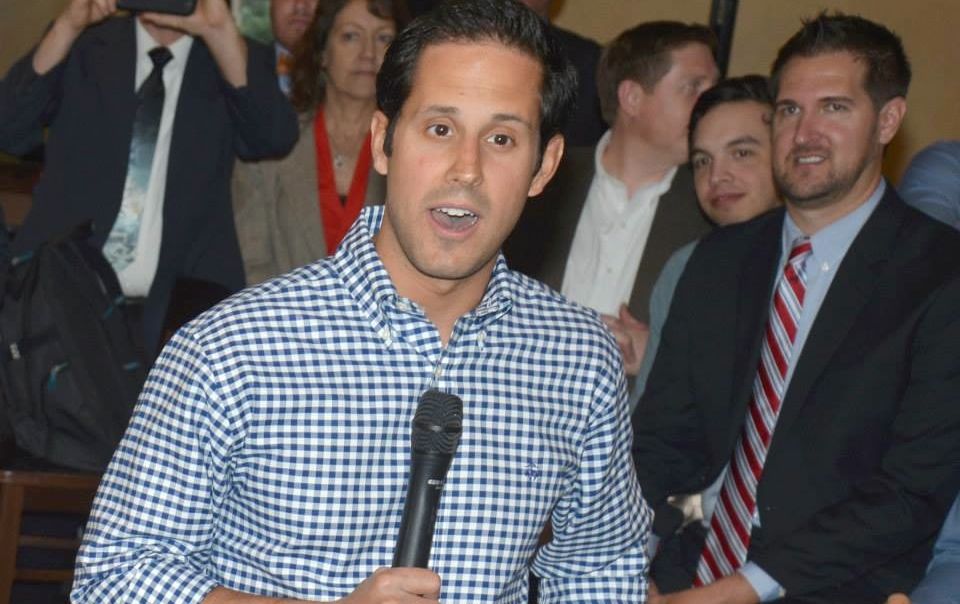 || By FITSNEWS ||  An Upstate solicitor with his eyes on the South Carolina governor’s mansion is under fire for refusing to drop criminal child sex abuse charges against a a prominent evangelical leader – one who is also eyeing a career in politics.

Not surprisingly, the dueling allegiances are starting to spark some serious tension …

S.C. Gov. Nikki Haley – who named Kimbrell to her 2014 “Faith and Family Coalition” – wasted little time in forming her opinion on the matter.  Quietly (and quickly) she scrubbed his name from her campaign website the day the story broke– eager to avoid a scandal less than three weeks away from the November 4 elections. 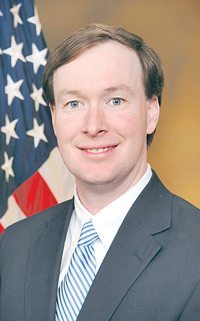 Other social conservatives stood by Kimbrell, though, saying such graphic accusations were “not uncommon” in protracted custody battles like the one between Kimbrell and his ex-wife.  In addition to the shock waves it sent across the Palmetto State, the Kimbrell case also drew national attention – with one fathers’ rights columnist weighing in all the way from California.

Last month, the S.C. Department of Social Services (SCDSS) “unfounded” the sexual abuse claim against the evangelical leader – determining that incriminating statements made by his three-year-old son had been “coerced.”

More than a month later, though, Wilkins is still refusing to drop the charges.

In fact when one Kimbrell supporter reached out to him seeking an update on the case, he urged an underling to offer them “the canned response.” 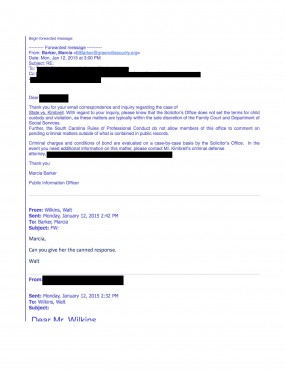 Kimbrell supporters are livid at Wilkins.  Not only should the charges be dropped, they say, but Kimbrell should have never been arrested in the first place.

“Josh’s arrest has been a vast overreach by a member of law enforcement in Greenville (looking) to make a high-profile case out of a conservative political voice in the Upstate,” one Kimbrell ally told FITS last month.

In fact Kimbrell is reportedly mulling a civil rights lawsuit related to his arrest – arguing his ex-wife has made similar false claims in the past and that investigators arrested him without cause.

Tristan Kimbrell has been in SCDSS foster care since the beginning of October.  He has not seen his father since late September – or his mother since early October.

Again … we’re not claiming to know what specific evidence triggered Kimbrell’s arrest.  Nor are we presuming to know Wilkins’ reasons for pressing forward with the case in the wake of SCDSS “unfounding” the allegations.

We do know one way or the other … some one is going to have some serious explaining to do when this thing is over.