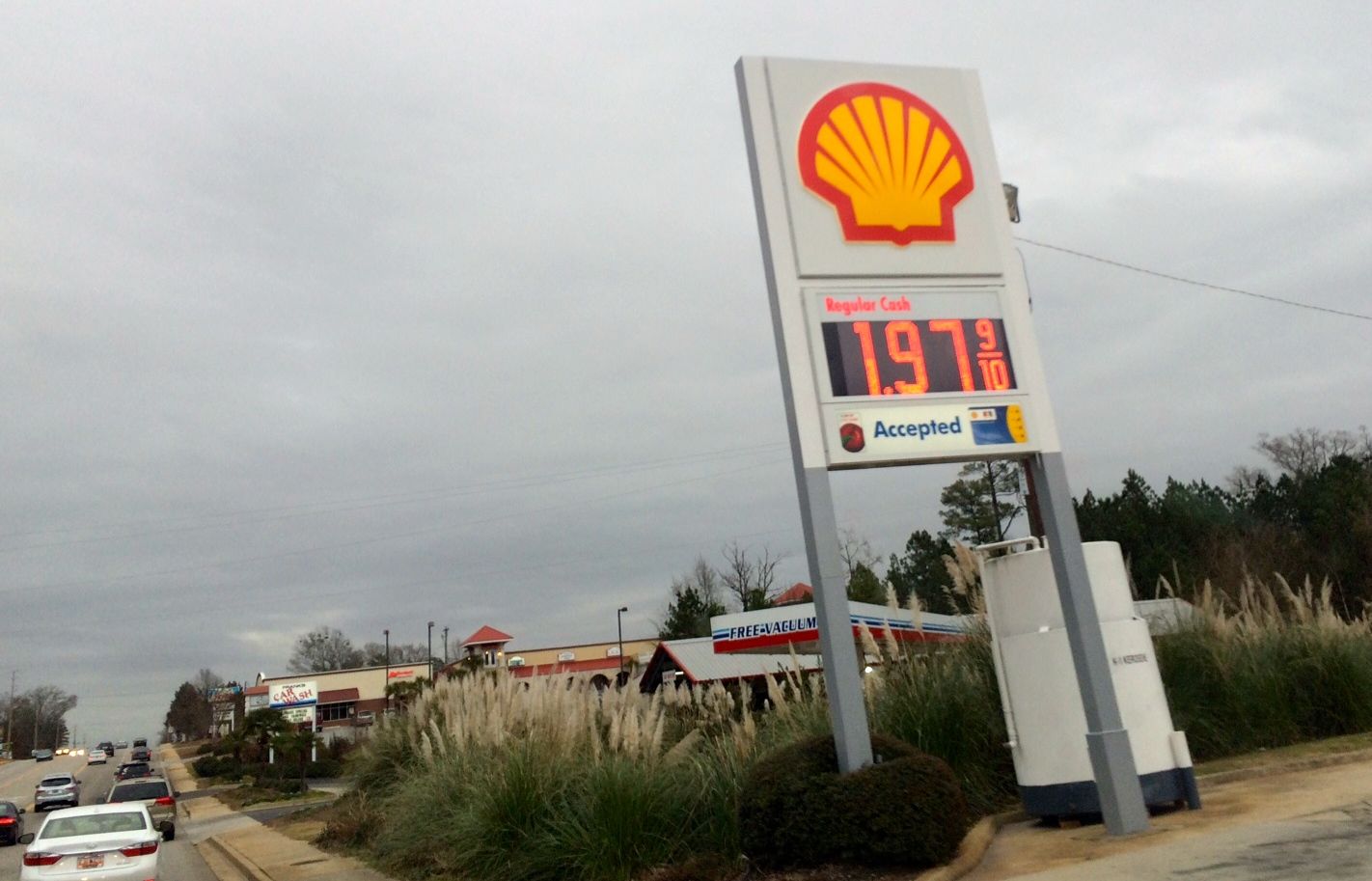 || By FITSNEWS || Gas prices continue to plummet and could soon drop below the $2.00 per gallon average nationwide – the lowest they’ve been in six years.

According to the latest data from AAA’s daily fuel gauge, the average price for a gallon of regular unleaded gasoline is $2.10 – down a stunning 46 cents from a month ago and roughly $1.20 cheaper than last year.  And while the national average remains above $2.00 thanks to states like New York, California and Hawai’i, twenty states are now enjoying $2.00 gas (or cheaper).

And that list is expected to grow … which is amazing considering six weeks ago every gas station in America was charging more than $2.00 to fill up.

In South Carolina, gas is currently averaging $1.94 per gallon of regular unleaded – good for the seventh cheapest rate in the country.  Typically South Carolina has the lowest gas prices in the nation, although its dirt poor citizens always spend a disproportionately large slice of their modest incomes on fuel.

That’s why we’ve consistently opposed efforts to raise the gas tax … especially deceptive efforts like this one.

While plunging prices at the pump are good news … consumers have yet to translate these “savings” into additional spending.  In fact last month’s retail print was a debacle … lending credence to our theory that these “savings” are being sucked up elsewhere.

What are gas prices like in your neck of the woods?  Post your experiences at the pump in our comments section below …

@fitsnews Except in Pageland. 2.09 last night. All stations have same price. .20/ gal higher than Chesterfield & Lancaster.

@fitsnews Got it for $1.78 in Aiken last night. Wasn't running low, but couldn't pass it up!