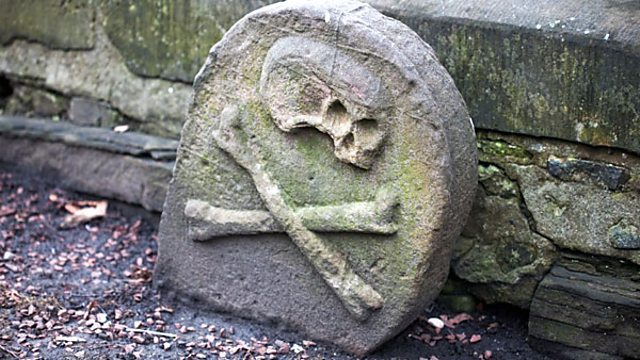 We’re referring of course to the “rainbow and unicorn” crowd … mainstream media outlets fed by the “one percenters” who would have you believe all is well with the U.S. economy.

It isn’t … as the latest labor participation and retail spending data clearly demonstrate.

But the lack of quality jobs and stagnant income levels aren’t occurring in a vacuum.  There’s a good reason a record number of working age Americans are out of the work force …

One big reason?  The death of American innovation … courtesy of the government that stole money out of your pockets to protect those deemed “too big to fail.”

It’s the whole “center cannot hold” theme we often invoke in writing about the American middle class – which is forced to subsidize unprecedented dependency on one end of the spectrum and rampant crony capitalism on the other.

Anyway, what does the perpetuation of this welfare/ corporate dependency mean for the vast majority of Americans who are simply trying to scratch out a living?

Take a look courtesy of Gallup … 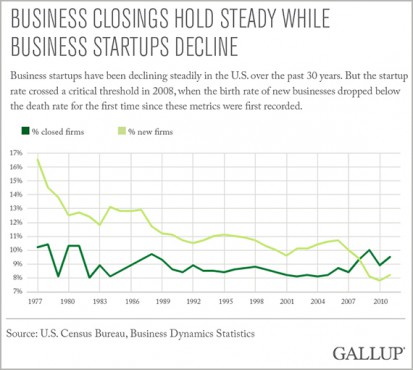 “A crucial factor influencing the declining rate of U.S. startups is a decline in the personal savings rate,” Ryan wrote.

When government sucks up so much of people’s personal incomes trying to sustain the unsustainable … it deprives them of the ability to invest in their ideas.  That means less innovation, lost jobs, lower incomes and lackluster growth.

Gallup’s chairman and CEO Jim Clifton put the disturbing numbers in context – noting how American now stacks up compared to the rest of the world (and calling the media out for their silence on the issue).

“The U.S. now ranks not first, not second, not third, but 12th among developed nations in terms of business startup activity.  Countries such as Hungary, Denmark, Finland, New Zealand, Sweden, Israel and Italy all have higher startup rates than America does,” Clifton wrote.  “We are behind in starting new firms per capita, and this is our single most serious economic problem. Yet it seems like a secret. You never see it mentioned in the media, nor hear from a politician that, for the first time in 35 years, American business deaths now outnumber business births.”

Again .. we wanna be “rainbows and unicorns” about the economy.  We really do.  But the fundamentals simply aren’t there … and it’s about time more of those who bring you the news were honest about that (and the reasons why).