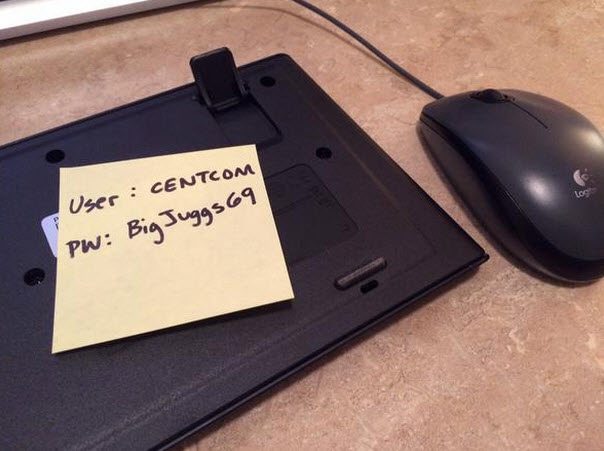 FBI IS ON THE CASE … FOR WHATEVER THAT’S WORTH

|| By FITSNEWS || Moments after U.S. President Barack Obama wrapped up a speech on “cybersecurity,” the Twitter and YouTube pages of the United States Central Command (a.k.a. “Centcom”) were hacked by supporters of the Islamic State in Iraq and Syria (ISIS).

The hackers told American soldiers to “watch your back” because “we are coming.”

According to the U.S. Department of Defense (DOD), the attack wasn’t a data breach – just an incident of “cybervandalism.”

“It’s inconvenient, it’s an annoyance,” a Pentagon spokesman told reporters, but added that in no way had any “sensitive or classified information been compromised.”

Well that’s good … God forbid ISIS get the plans for the F-35, right?

Anyway, Obama has had all sorts of cyber-headaches lately, hasn’t he?

So … who’s investigating the breach?

“The FBI is investigating the recent intrusion involving CENTCOM social-media accounts and continues to work with the Department of Defense in order to determine the nature and scope of this incident,” a statement from the Federal Bureau of Investigation read.

Chances are it’s another Russian hacker … It is too easy to hack both US G’ment and IslamoFascist blogs/servers/routers/DNS/ … With false IP sources. (I watched the big NFL games from a Canadian IP.)

Is Elmer Fudd running our country or is it Alfred E. Newman? Heck, even Earnest P. Whorl could do a better job protecting our security…maybe Barry needs to spend less time playing golf and more time doing his job!

Yeah, bring back Cheney…that dude was soooo on it.

Really? Now that even more crazy people want to kill us for nova ding the middle east

“Big Juggs” and “69” in the same password, wouldn’t one be facing in the wrong direction?

There’s no “wrong” when it comes to Big Juggs & 69. You just keep moving around and change things up, get a little creative, etc.

Why in the Hell does the US Military let Admirals and Generals have social internet sites??? That is absolutely beyond reason. Just plain stupid.

But this is just pathetic. Please correct your title to this article.